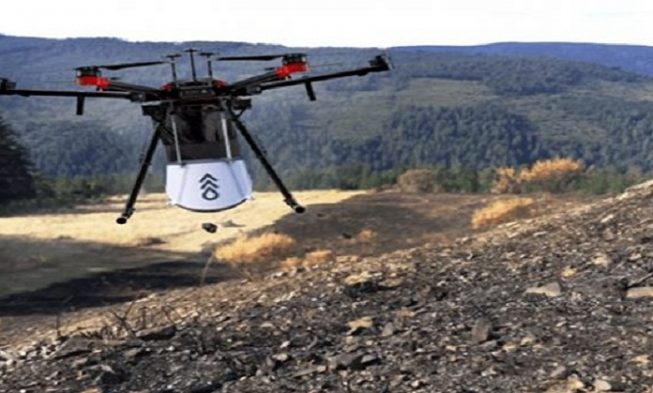 I remember that my teacher used every opportunity to point out the importance of trees at school. We were simply told that they are the lungs of our planet, and she insisted that we all planted at least one tree in our lifetime.

But when did we start ignoring the importance of trees?

Deforestation is one of the main causes of numerous issues in our environment, since trees are our basic lines of defense against global warming, as they absorb and store carbon dioxide.

Therefore, a Canadian startup, Flash Forest, hopes to revolutionize the process of reforestation and has set the lofty goal to plant a billion trees by 2028!

Flash Forest hopes to reduce carbon emissions “enough to have a significant and measurable impact on climate change within the next decade.”

The company intends to use its new technology to spot the best planting areas on fire-scorched land just north of Toronto. Then, with the help of a pneumatic machine attached to a drone, they will fire specially designed seedpods into the ground.

The pods contain germinated seeds, fertilizer, and a proprietary blend of “secret” ingredients. Next, a spray drone will provide nutrients to boost the growth of the seedlings, and they will then send mapping drones to monitor progress.

This month alone, the startup hopes to plant over 40,000 trees in the Toronto region, and it will also plant up to 300,000 trees in Hawaii later this year.

The deforestation process is an expensive, time-consuming, and labor-intensive job. 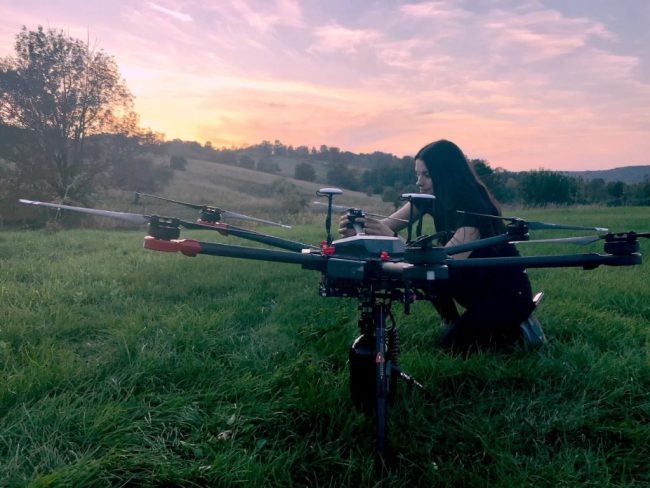 “Flash Forest is a reforestation company that can plant at 10 times the normal rate and at 20 percent of the cost of traditional tree planting techniques.

With drone engineering, we bring new levels of accuracy, precision, and speed to the reforestation industry.”

Flash Forest co-founder and chief strategy officer Angelique Ahlstrom commented that “there are a lot of different attempts to tackle reforestation”, but “they’re still failing, with a net loss of 7 billion trees every year.” 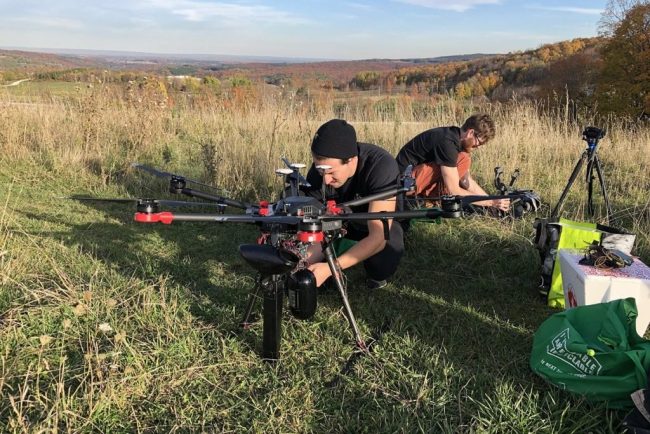 She explains that we cannot fight deforestation by planting trees alone, but their system will surely contribute to its mitigation. It will “ get into trickier areas that human planters can’t”, and each planting will consist of 4 or eventually 8 species.

“We very much prioritize biodiversity, so we try to plant species that are native to the land as opposed to monocultures. We work with local seed banks and also take into account that the different changes that climate change brings with temperature rise, anticipating what the climate will be like in five to eight years when these trees are much older and have grown to a more mature stage, and how that will affect them.”

“I think that drones are absolutely necessary to hit the kind of targets that we’re saying are necessary to achieve some of our carbon sequestration goals as a global society (and) when you look at the potential for drones, we plant 10 times faster than humans.”