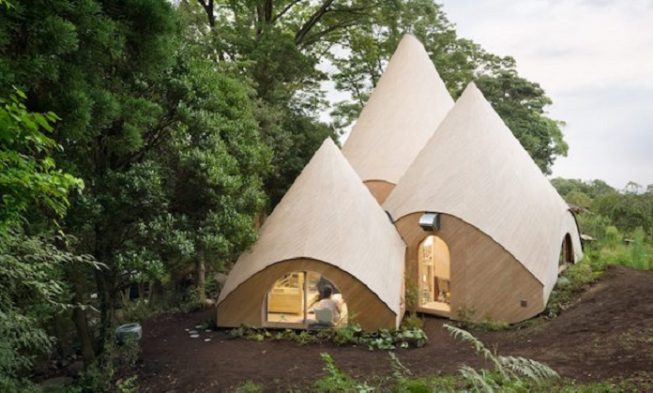 The continuous exodus of people from other parts of Japan to Tokyo and declining birth rates have increased economic inequality between the capital and the rest of the country. There is also an increase in the elderly urban population, which increases the need to care for them, and on the other hand, there is a lack of qualified medical staff and institutions throughout the country.

A number of measures have been taken by the Government of Japan to address this, including assistance in adapting certain facilities and relocating older people from Tokyo to nearby areas and beyond. Thus, a significant number of Continuing Care Retirement Communities (CCRC) in the city of Kanazawa and Ishikawa Prefecture have already been conceived and built.

These facilities are provided any type of help for people with physical limitations, having easy access to medical and social welfare services. There are organized a wide range of activities that allow seniors to better integrate into the community.

These and many other concepts for retirement communities offer valuable insight into the culture of Japan and its people. Among many other concepts, we will present you one original way of accommodating elderly people designed by Toyko-based architect Issei Suma.

It is located in a forest in Shizuoki – a rural prefecture called the “Japanese Riviera.” This small community of curious cottages is like a group of tents. The design of the cottages mimics the surrounding mountain landscape, but the interior is very modern, perfect for people who have spent their lives working and are now looking for relaxation.

The so-called Jikka cottage was created for two women who were preparing to retire in their 60s (social worker and cook). Concrete and wood were used to build the cottage, and it has a usable area of 100 square meters with a kitchen, shared bedroom, dining room, guest room, and bathroom. There is even a spiral pool adapted for wheelchair access to relax residents.

The use of this complex is now expanded because it prepares and delivers meals to the elderly population of the surrounding community. It, also offers nursing care to people with disabilities.

The five buildings overlap one another and they are square-shaped in the plan. Walls are in the form of an arch, while the roofs are pointed, giving the structures their teepee-like appearance.

The designer Issei Suma in 2011launched his studio, called Suma providing and completing many similar projects including “A glass and steel office slotted behind the crumbling exterior of a 100-year-old cowshed.” 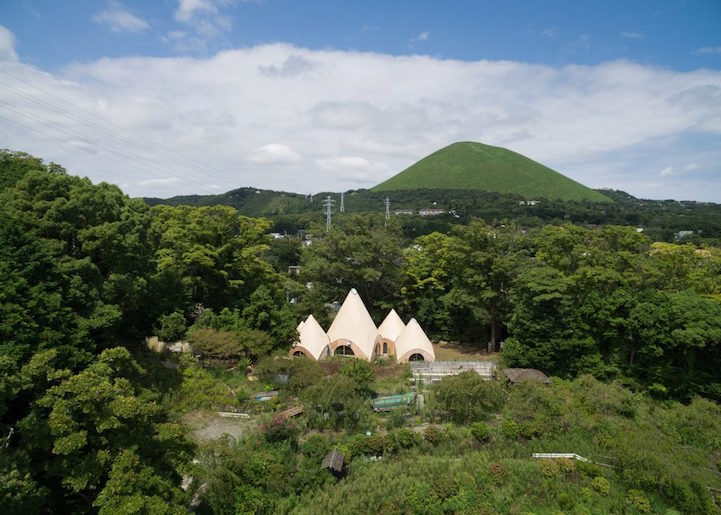 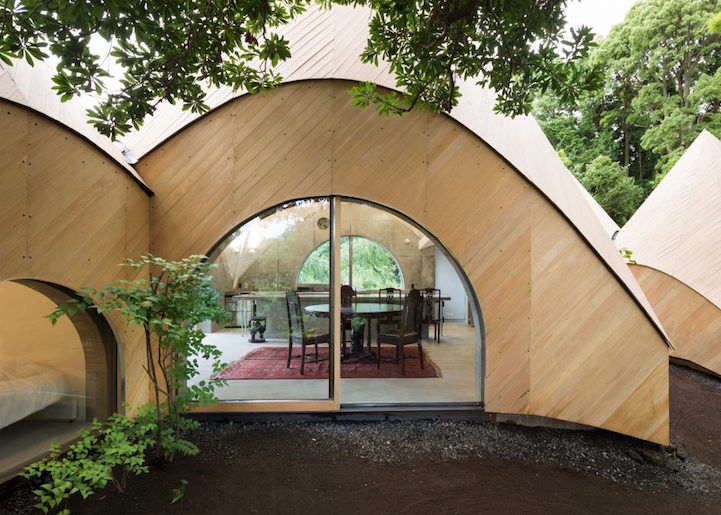 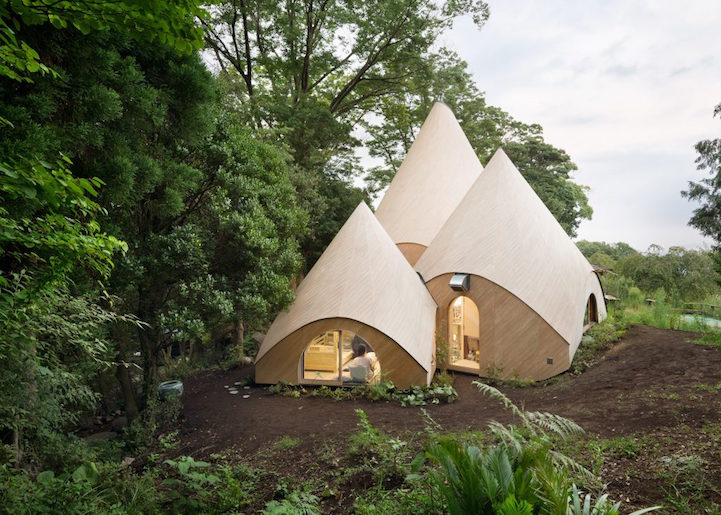 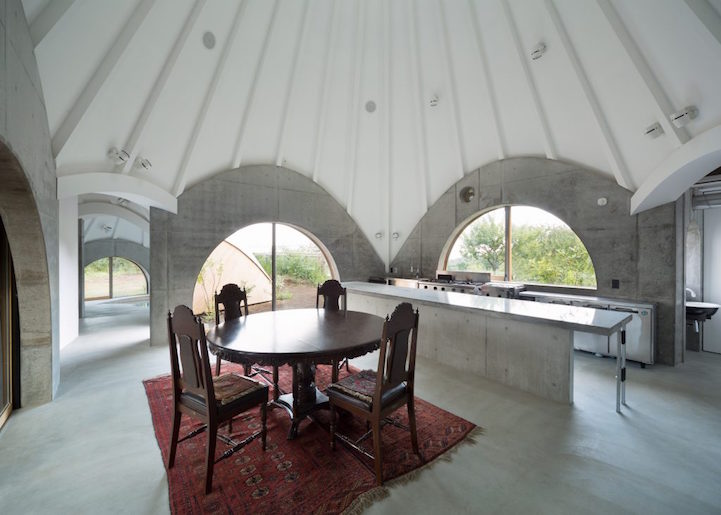 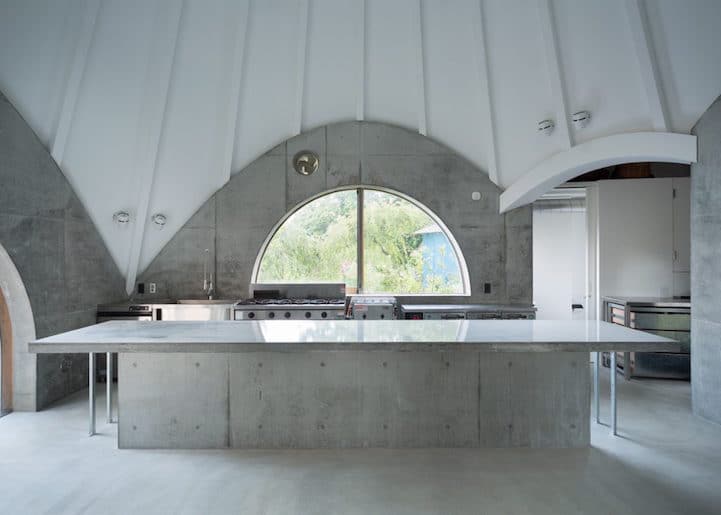 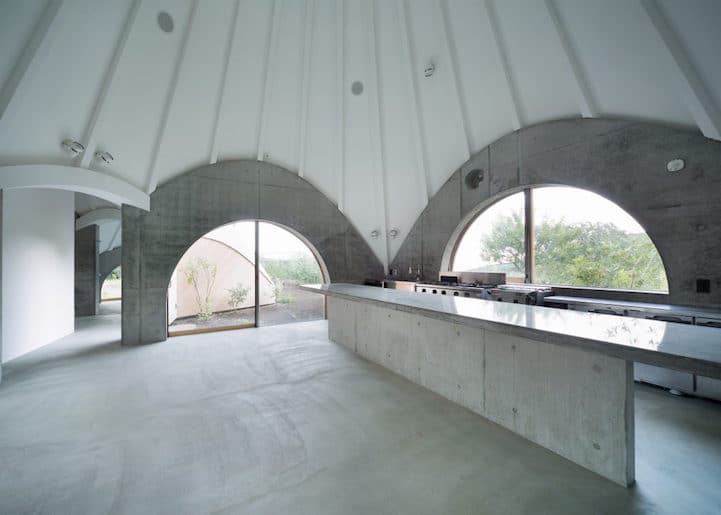 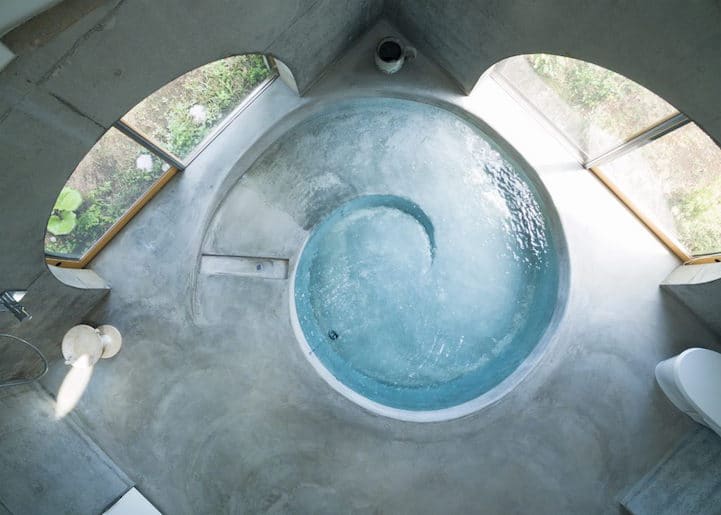 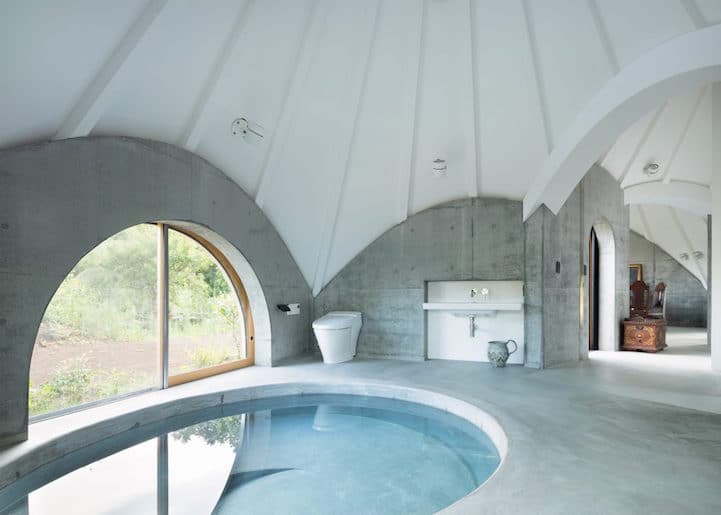 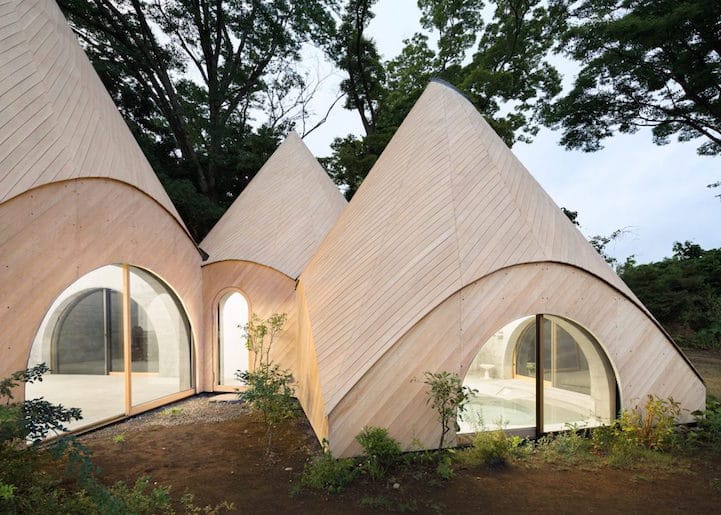 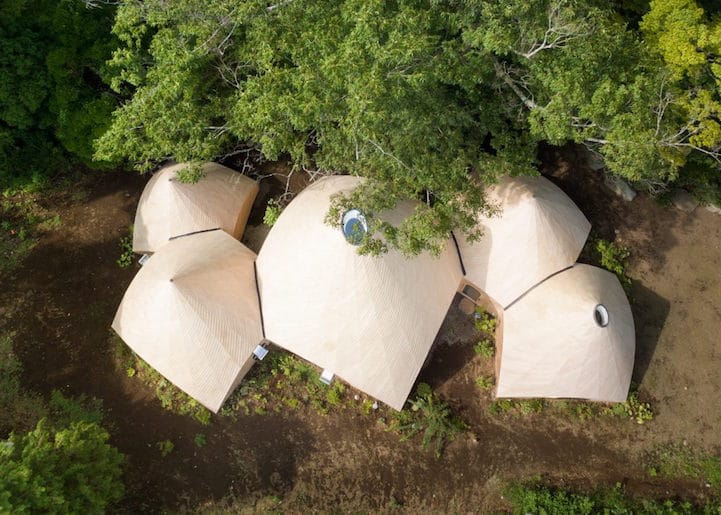