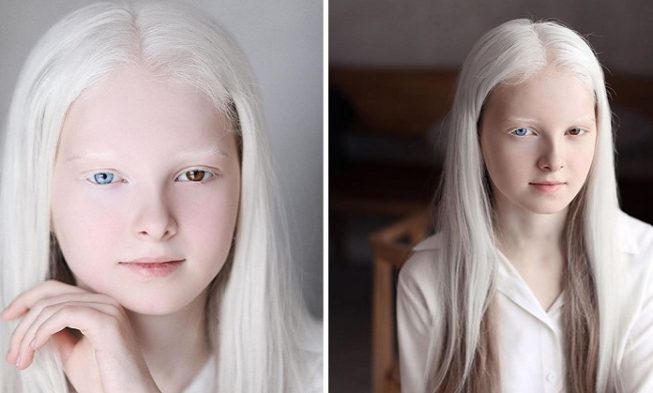 When someone has a pigmentation disorder, it means that they’re experiencing changes to their skin. Human skin is determined by melanin, which is the pigment made from dendritic cells called melanocytes. The differences in colors are mainly due to the amount of melanin formed and the nature of the pigment particles.

Albinism is a genetic skin condition from which people are born with. This condition gives the human an unusual pigment of their skins. The reason for this condition is that their body does not produce the right amount of melanin. All races can be affected by albinism and there are also different kinds of albinism. Even animals can have this pigmentation condition.

Depending on the genetic cause of the condition, albinism can have different forms of inheritance. OCA or Oculocutaneous Albinism is a condition of pigmentation change in the hair, eyes, and skin. A less common type of albinism is Ocular Albinism (OA) which involves the eyes primarily. The hair and skin can also have a lighter shade than other family members. Other types of albinism can be caused by the mutations of chromosomes or genes.

Partial heterochromia is when only a part of one iris is a different color than the rest of it.

Central heterochromia occurs when the inner ring of the iris is a different color compared to its outer area.

Complete heterochromia is when the entire iris of one eye is a different color from the iris of the other eye.

People can either be born with or develop heterochromia after birth which is usually called congenital heterochromia. Most cases show that children are usually born with this pigment disorder and will not experience any other symptoms. Their eye health and general health should not have any problems. However, there are some cases where the disorder can occur as a symptom of another condition.

Because less than 1% of the population can have this condition, it’s safe to say that it’s pretty uncommon.

One 11-year-old girl named Amina Ependieva has both of these rare genetic conditions. Ependieva was born in Grozny, Chechnya, Russia on December 11, 2008.

She has lived in her birthplace since she was little. Some people on the internet claim that she was born in Kurchaloy which is another smaller town in Chechnya. Her heavenly beauty is well known in Chechnya.

Ependieva was born with white-blonde hair and pale skin. One of her eyes is blue and the other is brown.

After one Chechen photographer, Amina Arsakova, saw a picture of Ependieva in a shopping center, she was fascinated by her beauty. Arsakova was enthusiastic about doing a photoshoot with Ependieva, however, it turned to be difficult to reach her. However, she managed to find her mother’s phone number and they scheduled a session with her.

Arsakova claimed that the little girl was calm and her calmness even reflected in the photos. The photos were made in a tranquil interior scene where the girl was seated and the background was neutral. Many close-up shots were made which captured the child’s appealing features and timid character. The photos from the photoshoot were posted on Arsakova’s Instagram profile.

Even though Arsakova got to work with Ependieva, she still wants to find more about her. She hopes that she will get another chance to make a photoshoot with the little girl soon.