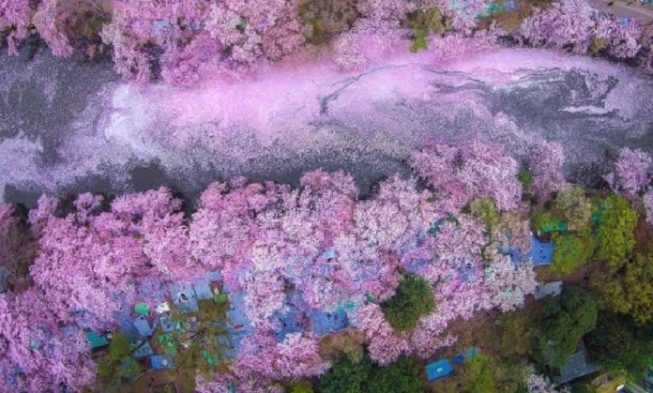 One of the most beautiful trees in the world is Japan’s Cherry Blossom tree, otherwise known as the Sakura tree. The cherry blossom season usually reaches its peak in late March or early April. In Tokyo in the last dozen years, the first bloom occurs around 20 or 28 March. Full bloom or Mankai occurs between March 27 and April 6 which is a week after the first opening of cherry blossoms. The cherry blossoms peak bloom typically lasts about a week. After that, the petals start to fall down.

Cherry Blossom Petals in a Lake

One photographer captured a magnificent picture using a DJI Phantom drone of cherry blossoms. Danilo Dungo was able to send his drone over Inokashira Koen public park during the short blooming season.

Danilo was able to capture a very significant photo of the end of the blooming season of the cherry blossoms. Their petals had fallen from the branches onto the waters of a lake inside the park. With the waters becoming completely pink, it’s almost as if someone covered the lake in a carpet of cherry blossom petals.

Cherry blossom tree’s blooming season is relatively short so Danilo didn’t have too much time to experiment with the pictures. 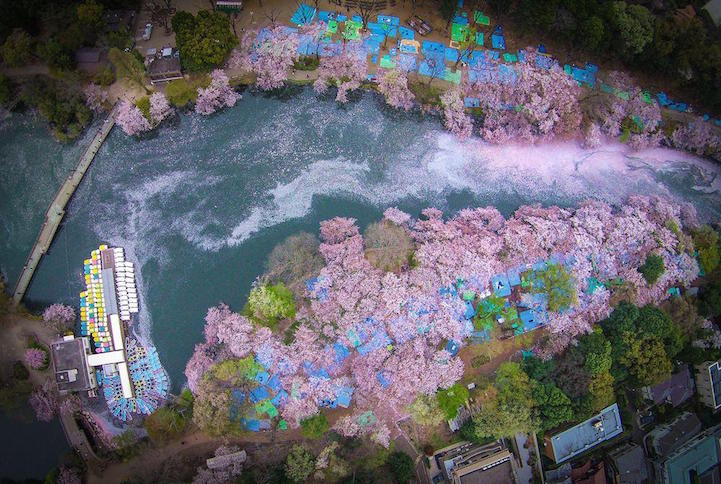 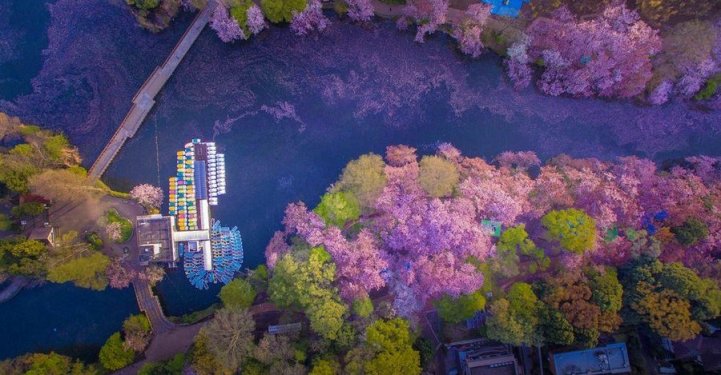 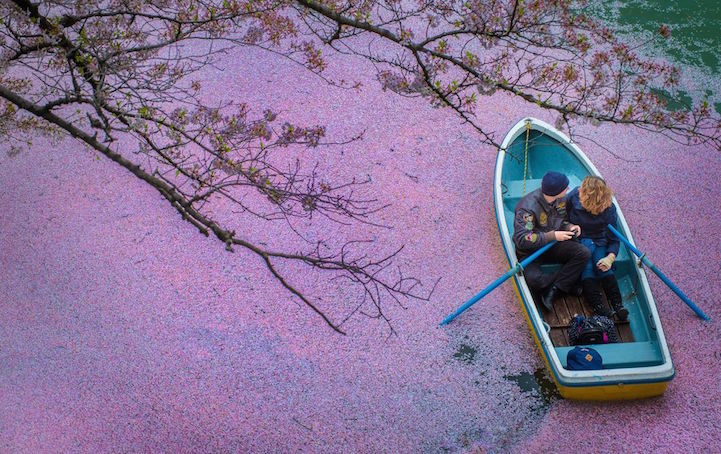 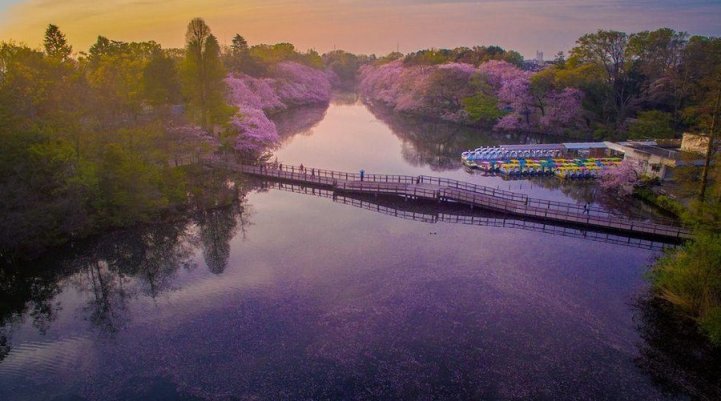 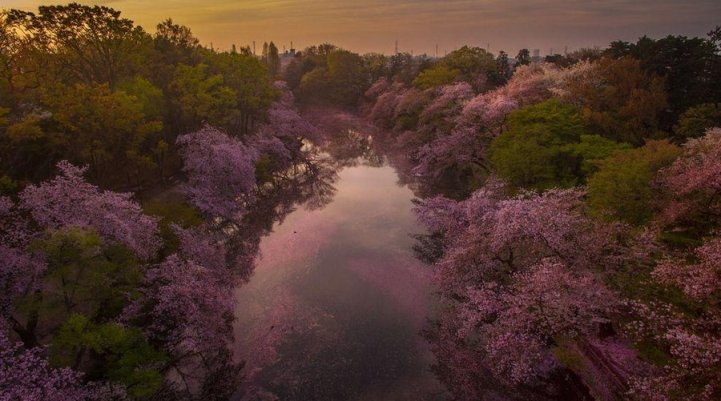 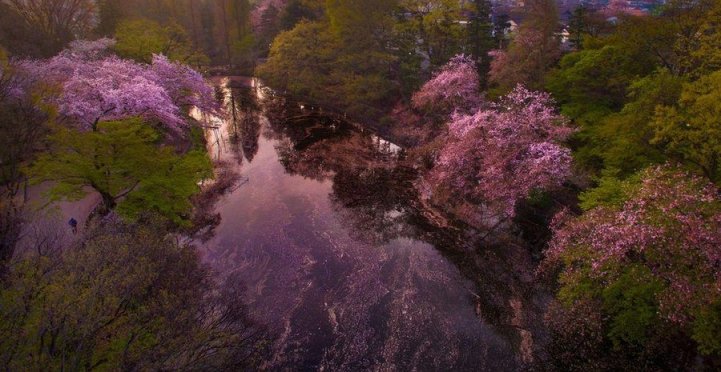 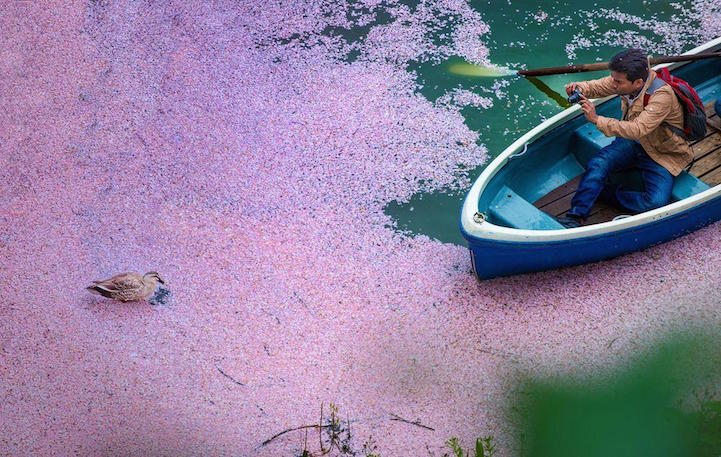 You can check more of Danilo’s pictures on his National Geographic Your Shot page.