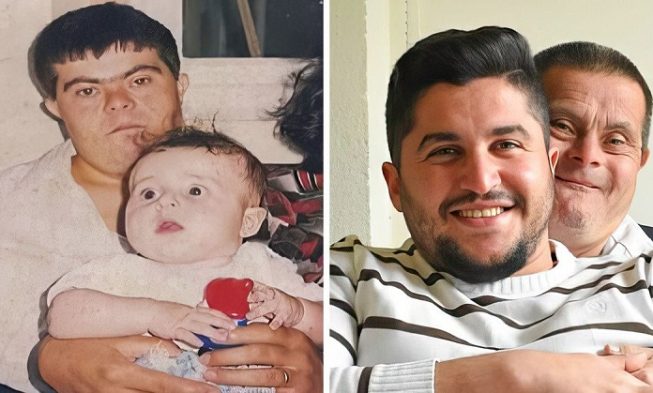 Sader Issa is a Syrian student studying dentistry. By all accounts he is just like any other young student his age- he enjoys spending time with friends and family when he’s not studying and is working hard toward building his future life in his chosen profession. There is one thing that differentiates Issa from most of us – he was raised by a father with Down Syndrome.

Growing Up With A Father With Down Syndrome

Issa shared his experience being raised by his father, Jad, in a video for the Syrian Society for Social Development that has received nearly two hundred thousand views since March 2019.

In the video, he describes his dad as a “father a husband and family leader,” who gave him “all the love and tenderness that anyone can offer.”

Jad worked at the local wheat factory to support his family for twenty years. He is known throughout his community for his kindness and selflessness, and Sader is proud to have a father who is loved by so many. 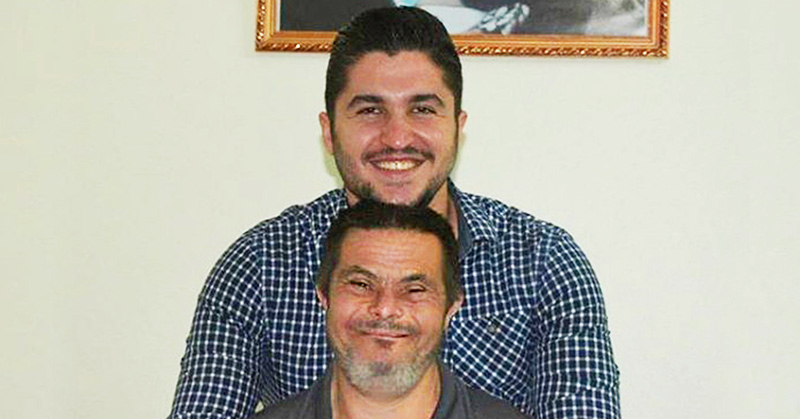 What is Down Syndrome?

Your body has what are called chromosomes, which are basically little “packages” that contain your genes. Your chromosomes will determine how your body functions and grows in the womb, and how it will continue to grow after birth.

Usually, you are born with 46 chromosomes, however, babies with down syndrome (DS) have an extra copy of chromosome 21. This changes the way the baby’s brain develops, which can cause both mental and physical difficulties.

Common physical symptoms of someone with DS include:

People with Down Syndrome Can Start a Family

Issa gets many questions regarding the nature of his parent’s relationship, and how they can be married when his father has DS but his mother does not.

Issa assures everyone who asks that his parents have a healthy, loving relationship despite the difference between them.

“I believe if the two partners were on the same page then why not get married?” he said. “They are intellectually suitable for each other; very simple but loving and caring people.”

People with DS are just as capable of developing personal and sexual relationships as anyone else, and it is important that they receive education and guidance in this area just as much as anyone else.

As Issa’s family proves, it is possible for people with Down Syndrome to start a family, however, it is more difficult. Both men and women with DS have a reduced fertility rate, so it is much more difficult for them to conceive, and there is a higher likelihood that the pregnancy could result in a miscarriage.

If one parent has DS, their child has a 35 to 50 percent chance of inheriting the syndrome, however, if both parents have the condition, the chances are even higher.

“When people search Google they find that men with Down syndrome (DS) are infertile so they get confused when they hear about us,” Issa explained. “I know six more cases of fathers with DS and the studies that show the fertility of men with DS are very few so we cannot say these men are fertile that easily.”

The reaction to the video has been overwhelmingly positive. Issa says that hundreds of parents have reached out to him to tell him that he and his family gave them hope for a better future for their kids. You can follow along with Issa and his inspiring family through his Instagram page.