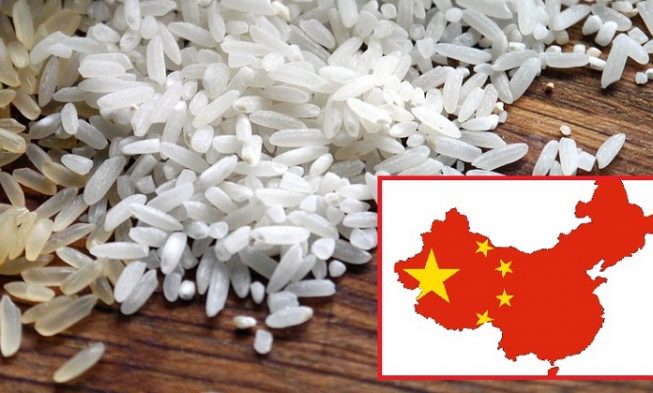 Being genetically modified (GMO) means that a “Gene of Interest” are transferred from one to targeted organism. For example, if a particular wanted nutrient cannot be naturally produced, the researchers will look for another organism and insert some of its genes to the first one, which will stimulate that production.

GMO foods are dubious in terms of health, so many people do their best to steer clear of them, preferring to buy organic food that was grown in the ground, not created in a lab.

Following that method of production, a team at the Huazhong Agricultural University developed the GMO rice production. However, this production was not accepted by strong opposition to the crops in China.

Even though China has not approved it to be sold in their own country, genetically modified rice produced in China has been approved to be exported to the U.S, thanks to the close relationship that the FDA has with China and other exporters of cheap, substandard food. Those products actually meet the needs of the high-consumption of the American food market, which is the main reason why FDA is approving.

This product, known as Huahui was developed by a team lead by Lin Yongjun. His opinion why this rice was banned in China is because of the public opposition. He decided to share his opinion with the Global Times.

He explains that China has not conducted regional trials nor provided guidelines to examine genetically engineered rice.

However, Lin’s University received an email from the FDA on January 11th in which they are informing about the approval of the production of that kind of rice, and it can be imported in the U.S. Lin’s confidence in his product is a very high, and he believes the U.S had made the right decision to import it.

Lin believes that the FDA recognizes the data and the experimental method used by Chinese agencies. The FDA, actually assessed the safety and nutritional value of Huahui No.1.

This genetically modified rice has been designed to be resistant to a range of insects, so no need for the number of pesticides when growing the crops. However, the consumer is still left with a product that cannot boast that it is 100% natural.

Because of many specific procedures, China’s food authorities are taking their time when it comes to GMO food and their long-term plan of approval of various types of GM food. It takes more time than the U.S’s decision to quickly approve the product.

According to Luo Yunbo, an expert on GM products at China Agricultural University, the government wants to take its time on GM food for social stability reason.

China’s procedure has a three-step plan to industrialize GM crops:

– Then on vegetables and fruits

– Last on staple food such as rice and wheat

He believes that there is still a long way to go before the public accepts GM rice in the market.