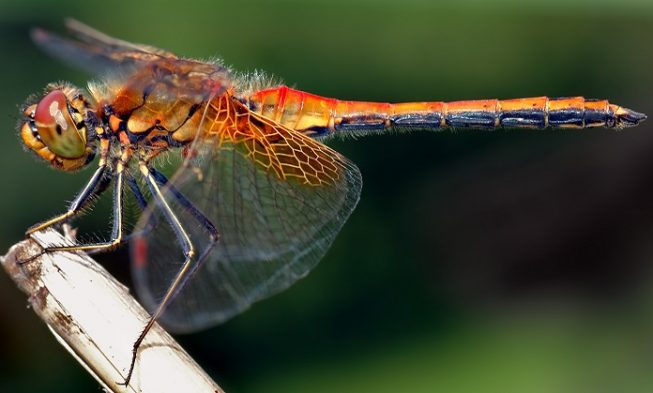 Even though dragonflies have a very ferocious name, their significance and ecological impact on land and water are incredible. The dragonflies lay their eggs near water. The nymphs that hatch from the eggs are able to breathe underwater. Because of their aquatic deftness, they can eat many harmful pests such as mosquito larvae. Dragonflies spend one to five years in the nymph stage and spend a few weeks to a few years as winged insects.

As adults, dragonflies are big predators in the insect world. They snatch flying insects from the air and consume them in flight. However, birds and frogs consider dragonflies as their prey and are an important food source for them. The effectiveness of dragonflies’ pest control can help control the populations of flies and mosquitoes. It is important to note that if you have a mosquito problem in your garden or yard, make sure you find a way to get dragonflies there. Additionally, because of their pest control, the need for chemical pesticides and the transmission of diseases by insects is reduced. Dragonflies are low on the food chain and studying them can point toward the changes in a local ecosystem much sooner than studying species higher on the food chain. Many national parks use the population of dragonflies as a sign of how healthy the region is and the freshwater ecosystems.

The loss of wetlands and the increased use of pesticides have been harmful to the populations of dragonflies. Experts in 2009 stated that one-third of British dragonfly species were under threat which leads to the opening of the Dragonfly Centre at Wicken Fen, Cambridgeshire. Because dragonflies spend a big portion of their life in the nymph stage, their vulnerability is very high due to the loss of wetlands and water contamination.

The loss of wetlands is mainly due to them being often drained to become farmland, which will leave the dragonfly without a home and food sources. Many pesticides, such as permethrin, damage the dragonflies. Additionally, the runoff of pesticide from its agricultural use is a great concern. Organizations such as Ducks Unlimited work with landowners and local farmers and they protected over 14 million acres of wetland in the U.S. Not only does this benefit the waterfowl and native plant species, but it also helps the dragonflies.