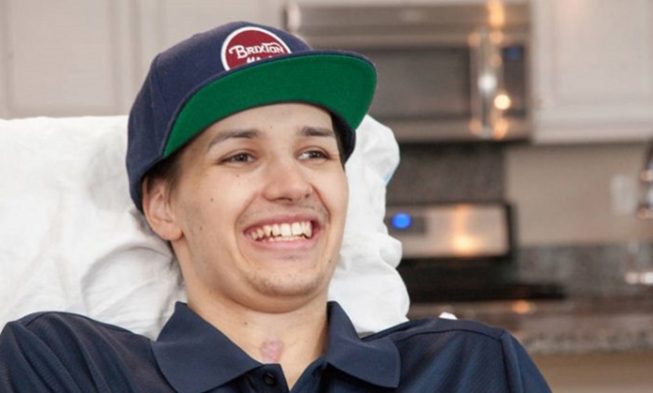 A 21-year old man, Kris Bosen from Bakersfield, California, went under an innovatory stem cell therapy procedure which is making him heal from a paralysis state that he feared would go on for the rest of his life. Bosen was in a severe car accident when he was younger and that left him completely paralyzed from the neck down.

The director of the USC Neurorestoration Center, Charles Liu, was the lead surgeon of the team that did the transplant. He said that this is a very experimental procedure, even referring to it as a “study”. This procedure involved the patient being injected with an experimental dose of 10 million AST-OPC1 cells at the Rancho Los Amigos National Rehabilitation Center located in Downey, California. This dose was injected into the patient’s cervical spinal cord.

Liu stated that “Typically, spinal cord injury patients undergo surgery that stabilizes the spine but generally does very little to restore motor or sensory function. With this study, we are testing a procedure that may improve neurological function, which could mean the difference between being permanently paralyzed and being able to use one’s arms and hands. Restoring that level of function could significantly improve the daily lives of patients with severe spinal injuries.”

Three years have passed since Bosen took the treatment (April 2016), and the progress he has shown is incredible. Only two weeks after the procedure, Bosen started to regain sensation and control of his hands and arms.

Liu made a statement to USC news: “As of 90 days post-treatment, Kris has gained significant improvement in his motor function, up to two spinal cord levels. In Kris’ case, two spinal cord levels mean the difference between using your hands to brush your teeth, operate a computer or do other things you wouldn’t otherwise be able to do, so having this level of functional independence cannot be overstated.”

Bosen has his hopes up and believes that this treatment will eventually allow him to walk.

Bosen explained that “All I’ve wanted from the beginning was a fighting chance…But if there’s an opportunity for me to walk again, then heck yeah! I want to do anything possible to do that.”

A new hope is offered due to these new types of stem cell treatments to people that require them. More institutions are comfortable with doing these procedures after the success of Bosen. Mayo Clinic opened stem cell therapy trials last year for ten people that suffer from traumatic spinal cord injuries.

One of the patients of Mayo Clinic, Geoffrey Craigie from Grand Rapids, Michigan, received his first stem cell treatment one month ago.

Geoffrey said that “I can feel to like the middle of my chest. So far so good, it’s pretty exciting. You know, when I got hurt, I was in a pretty dark place, depressed, thinking this is the end of the world type of thing. It really isn’t, there’s a lot of support out there for people like me.”

A study was conducted this year at the University of Minnesota Medical School that proved that spinal cord stimulation using stem cells can help cure paralysis in various circumstances.