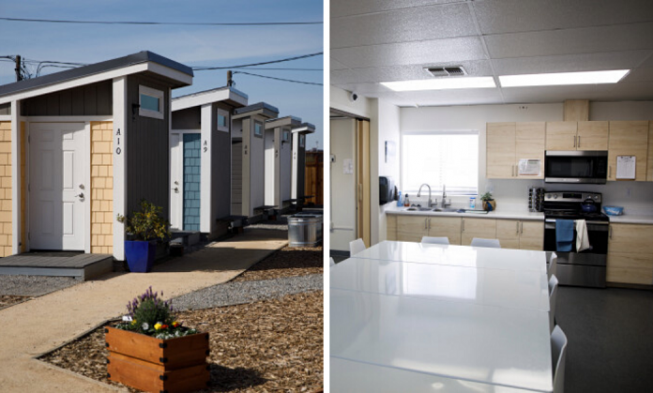 Homelessness one of the global problems specific for all countries, even the most prosperous countries in the world. The national reports show that no less than 150 million people (2 percent of the world’s population) are homeless to some extent, but depending on the definition what exactly homeless means, about 1.6 billion or 20 percent of the world’s population, may be listed in that category, those people lack adequate housing.

Homelessness is at first the result of a series of economic and social factors in the labor market, or housing policies, social security, education, physical and mental healthcare and training policies. It can be also a result of the changes in family structure.

Seeking to end homelessness is a goal for many government and nongovernment institutions and agencies that should support them across their cities and countries. All of the authorities need to address:

The Original Way of Homelessness in San Jose

In San Jose, California are registered more than 6,000 homeless people, so the authorities of the city, thanks to a years-long effort have started with some programs to decrease that problem and helped them get off the streets and went into permanent housing.

Thanks to an innovative initiative in the Maybury Bridge Housing Project, approved in December 2018, the homeless population of San Jose receive support while searching for permanent housing.

The grand opening celebration was honored by San Jose Mayor Sam Liccardo, California Governor Gavin Newsom, and nonprofit HomeFirst CEO Andrea Urton. The governor Newsom was of great support of this project despite the community pushback as well as legislative roadblocks, and he created a streamlined process to approve and develop projects like this one.

According to Beatriz Ramos from HomeFirst this project is intended to have individuals acclimated to being part of a community, to allow them to learn how to take care of their units, and how to build independent living skills.

The Mayor Liccardo told San José Spotlight that through that process everyone learned how to work together as a community, and that housing homeless people is critical, but not all that community can do for them, as they need many more resources.

One such resource is Measure E, which could support up to $70 million dollars in dedicated funding for affordable housing and homelessness prevention. This resource seeks to boost the availability of affordable housing, to build the 80-square-foot homes that features a single bed, desk, and shelves that are enough for homeless individuals.

Homeless individuals must have a qualifying vulnerability index score, to be enrolled in a rapid rehousing program, and to have a job or on the verge of getting one. Residents that use wheelchairs can have slightly larger units. The residents of Maybury Bridge will be charged $20 per month or 10% of their income and they will stay in the units for only around 60 days, but if they want to stay longer, their minimal rent will increase by 10% after six months.

There are available shared amenities that include laundry, kitchen facilities, bathrooms, a computer lab, a dog park, multiple meeting rooms, and lounge. The entire project cost around $2.2 million and each home costs to about $55,000, funded with money from San Jose’s general fund, California’s Homeless Emergency Assistance Program, and an one-time Housing Authority award.

HomeFirst CEO Andrea Urton, who was homeless as a teenager sees that initiative very useful, and things that it is a great sense of pride and hope for the future. This project will provide 40 individuals a respectful and dignified break while they wait for permanent housing on their journey.

Here are some models for prevention, emergency response and accommodation for homeless people in many countries:

Many countries have a federal funding used to back local housing initiatives as a common practice, aligned with a national homelessness strategy. Government resources are on a regional and local level of organizing.

In Canada there is direct line between cuts in federal funding, provincial spending on social and housing programs, and increases in the number of people experiencing homelessness and using welfare services like food banks. In the U.S. a $1 per capita goes in federal homeless funding.

Projects in Turkey, India, Zimbabwe, Kenya, and Malawi have the focus on drawing in private investment rather than contracting in public housing projects. Finland requires municipalities to commit to producing new housing units when they signed on to be a part of PAAVO I & II. In some cases, organizations have converted hotels into permanent supportive housing, partnering with private management companies, converting apartment complexes into affordable and supportive housing units.

Some countries may adopt policies of rent control designed to keep housing affordable and regulate the housing market, such in the Netherlands, where rent regulation covers all but 5% of total rental housing stock, low-income families in China can apply for rent subsidies alongside rent-controlled public housing, in India the impact of rent control policies is limited, and can lead to increased off-the-books rental dealings.