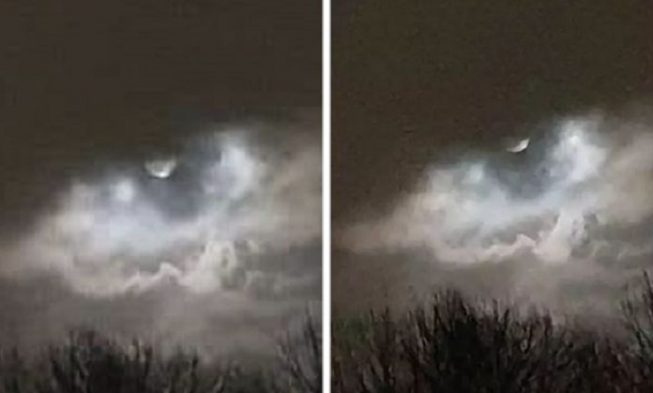 Storm Ciara, or Storm Sabine (known in some parts of Europe), passed through the United Kingdom and Ireland on 8-9 February before coming to the north coast of mainland Europe. Moments after the storm passed through, a woman made incredible pictures of the sky had an eye. It was an amazing ‘eye of the storm’ moment with the full moon surrounded by clouds. The pictures that she took she uploaded on Facebook and many people thought that the pictures represented Mother Nature looking down on her kingdom. 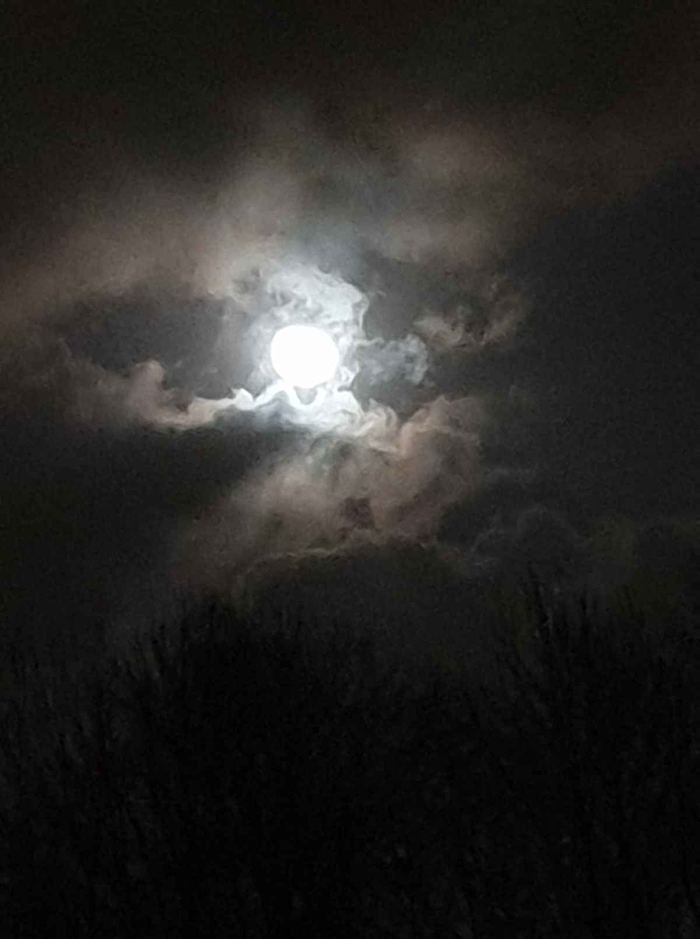 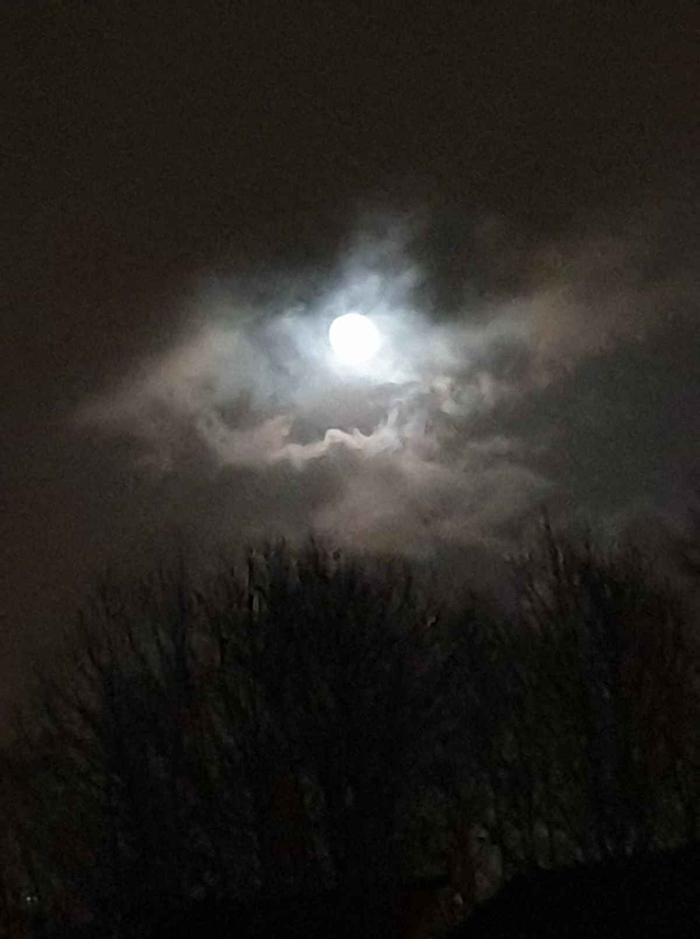 Sarah Hodges, 48-year old who’s born in Bolton, United Kingdom, saw the bright moon through her window on the night of 11 February. She wanted to share the amazing sight with her friends and she took pictures to share on her Facebook page. 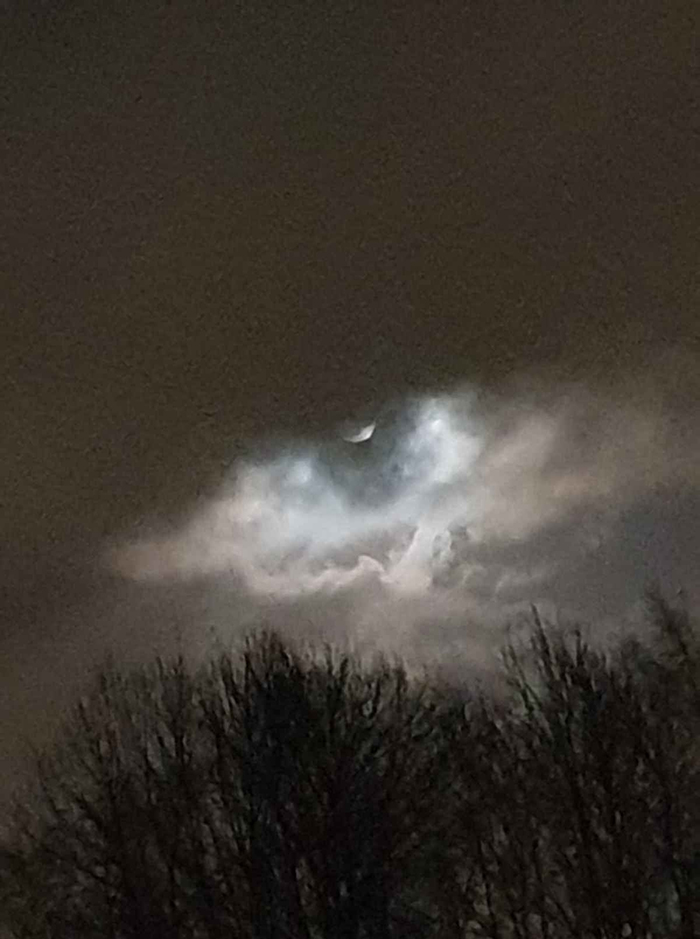 However, Sarah did not know that the pictures she took with her Samsung S9 phone will go viral very quickly. The pictures had over 2,000 likes and 35,000 shares with people commenting and complimenting her on the amazing pictures. 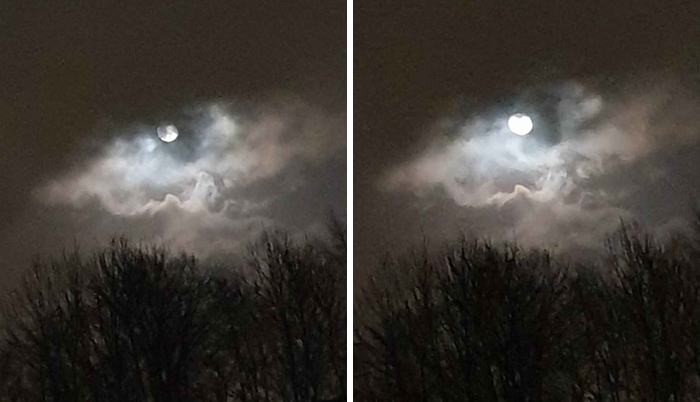 Sarah, who works as a baker, shared her insight for a news outlet, saying “I took the pictures last Tuesday 11 Feb 2020, between 9.34 pm and 9.39 pm, just from my bedroom window at my home address. I am obsessed with the moon, sunset, sunrise, and the sea. I just used my Samsung S9. I know I got lucky, people spend thousands on cameras to get the perfect shot. I feel overwhelmed and proud, as it’s a once in a lifetime shot which I do understand.”

Many people were left speechless from these viral photos and commented on how amazing it is that such a photo was taken at the right moment. 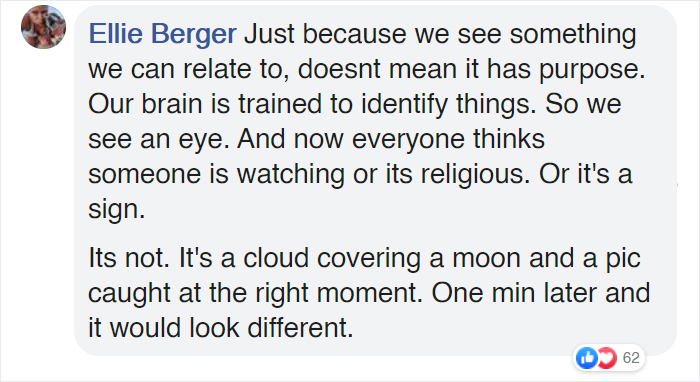 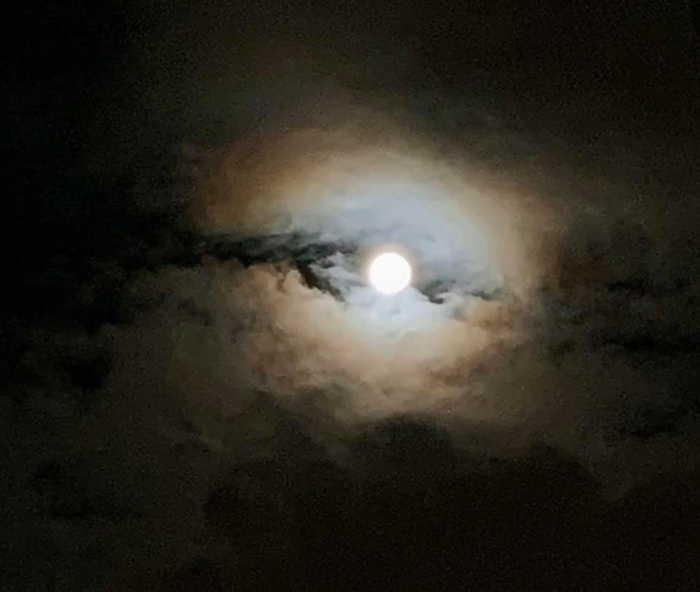