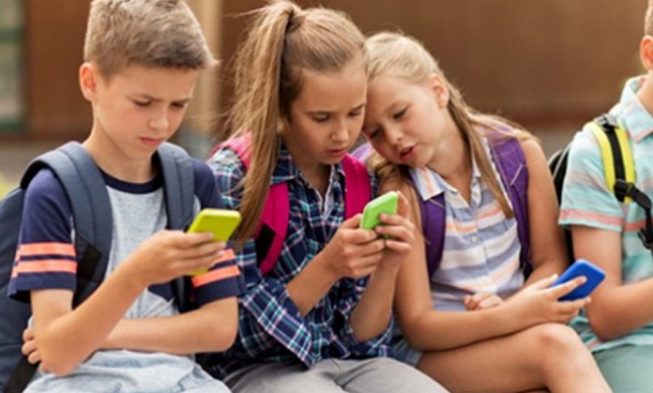 Whenever you look around you, on a bus, in a café even at a stoplight, you can see people staring at their phones or other devices. That happens with the kids, too, which shows that everyone is addicted to technology.

Tech Addiction or “gaming disorder” may not be official terms of the diagnostics in many countries and, at least not yet. However, numerous researchers and clinicians are still concerned about some of the patterns of behavior they notice.

The French government, concerned about youth screen addiction, has banned tablets and smartphones in schools, passing a law, for their use in elementary and middle schools.

All students in the schools in France will have to either leave their devices at home or keep them switched off during the school day.

The ban was created out of concern that students are becoming addicted to mobile phone use, but it also intends to help students focus in school.

In 2010 France already banned “smart screens” during class hours, but this September they will be banned during lunch and breaks too.

For high schools is allowed to decide individually whether to enforce a partial or total ban on the devices.

Elementary and middle schools are allowed to make exceptions for educational use, disabled pupils, or extra-curricular activities.

According to the recent study suicide rates and teen depression have risen in those who own smartphone over the last 8 years.