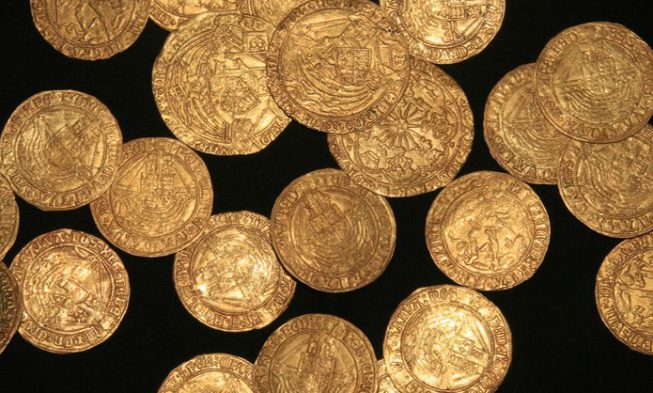 The UK’s Portable Antiquities Scheme has made a surprising discovery.

The year was 1526, and at that time, King Henry VIII sought to engage into more intense leadership of the British economy.

Hence, he and Cardinal Thomas Wolsey started changing the coinage that was being used in the UK at the time.

What’s the story behind the initials?

The Tudor king introduced new denominations, gold crowns, as part of the initiative, with an unusual characteristic. The coins had an inscription of Catherine of Aragon, his queen at the time.

Seven years have passed and Henry divorced Catherine. He then proceeded to marry Anne Boleyn. When this happened, the Royal Mint issued a new set of crowns engraved with the letter “A.” Three years have passed after their marriage when it all went downhill. Hence, Henry had Anne beheaded over charges of adultery, witchcraft, incest, and conspiring to kill him. Afterward, Henry remarried and the Mint had to produce yet another gold coin. This time, the initials were of the monarch’s queen at the time, Jane Seymour.

His later wives – Catherine Howard, Anne of Cleves,  and Catherine Parr – never got to be on the currency of the kingdom, though Henry married three more times. Perhaps this was a wise decision considering the challenge of keeping up with an ever-shifting cast of queens.

A family in southern England found the trove of 64 coins while gardening. https://t.co/EKU55VSPNb

Most of the coins were representing “angels”. The angels were actually a representation of the dragon-killing Saint Michael. Meanwhile the gold crowns bearing the names of the royals display the Tudor rose and shield of arms.

A total of 63 gold coins and one silver coin were excavated by the New Forest family, covering the reigns of Edward IV through to Henry VIII.

They were out turning the ground up and all of a sudden these coins miraculously popped out of the ground.