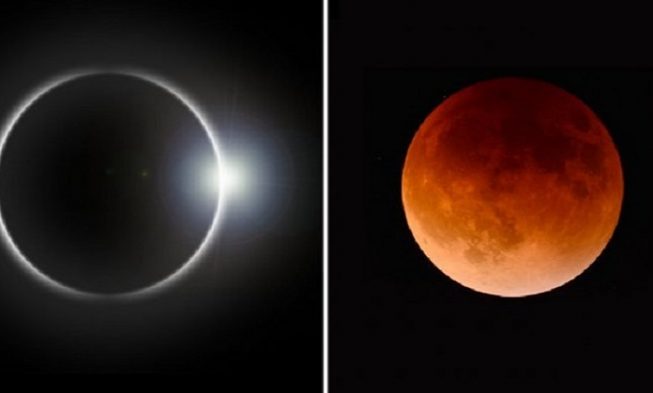 The beginning of 2020 has been a very petrifying few months with different chilling events happening. The spread of the COVID-19 virus, tensions between Iran and the US, bushfires reaching a maximum in Australia, and the death of Kobe and Gigi Bryant have all struck us out of nowhere. Aside from all these negative events, there is some positivity that we experienced and should still expect in the upcoming months. This positivity is mainly through astronomical events that will or have occurred. We’ve had some amazing astronomical events occurring in the past months and some of the main ones are:

– On March 9, the second Full Supermoon occurred which Native American tribes called the Worm Moon. The name was given because this was the period that the earth would begin to soften and earthworms would appear. Other names for this moon are Sap Moon, Crow Moon, Crust Moon, and Lenten Moon.

– On April 8, the third out of four Full Supermoons emerged and this one is called the Pink Moon. The reason why Native American tribes gave this name to the moon is the appearance of moss pink (one of the first appearing spring flowers) at the period. Some coastal tribes dubbed the moon the Fish Moon because this was the time the shad swam upstream to spawn. Other names for this moon are Growing Moon, Egg Moon, and Sprouting Grass Moon.

– On May 4 and 5, the Eta Aquarids Meteor Shower occurred which can produce up to 60 meteors per hour at its highest rate. The Southern Hemisphere was the one that saw this activity the most whereas the Northern Hemisphere can see about 30 meteors per hour. The reason for this meteor showers is dust particles that were left behind the Halley comet. The meteor shower happens every year between April 19 to May 28. This year, we couldn’t see much of the meteor shower since there was a full moon occurring in a few days after its peak.

– On May 7, we got to see the fourth and last Full Supermoon for this year. Native Americans called this moon the Flower Moon because flowers bloomed this time of year in abundance. Other names for the moon are Milk Moon and Corn Planting Moon.

These are only the top 5 astronomical events that have happened in the past half a year. There are lots of more events occurring in the rest of 2020 so be prepared.

A solar eclipse occurs when the moon rotates around the Earth and happens to move in the same place as the sun. By doing so, the moon will obstruct all light coming from the sun and cast a shadow on Earth.

A lunar eclipse occurs when the Earth moves in between the Sun and the Moon which will block the light coming from the sun and illuminating the Moon. During the eclipse, the Moon turns from a Full Moon to completely black due to Earth’s shadow. The moon can also have a reddish color because of Earth’s atmosphere absorbing all the colors and bending sunlight towards the moon.

This year, we will witness six eclipses (2 Solar and 4 Partial Lunar) out of which the Penumbral Lunar Eclipse and the Annular Solar Eclipse which will both occur in the month of June.

The Penumbral Lunar Eclipse occurs when the outer shadow of the Earth, or the penumbra, falls onto the moon. This is the event that we will be experiencing this June 5th and 6th. It’s much harder to observe this kind of lunar eclipse compared to the total and partial eclipses of the moon. Mid-eclipse, some people can see a dark shadowing on the face of the moon while others won’t notice anything. About 35% of all lunar eclipses are penumbral, 30% partial, and 35% are total.

If the weather allows it and if you’re observant enough to notice Earth’s shadow on the Moon, you can see the event from Europe, Asia, Australia, Africa, Antarctica, and South America’s southwest. Beginning on the 5th of June, the eclipse will start on UTC 17:45:51 and end at UTC 19:24:55. The peak will occur at UTC 19:24:55.

The last time that we’ve seen a Penumbral Lunar Eclipse was during this year on January 10.

Four solar eclipses happen astronomically and they are Total, Partial, Annular, and Hybrid.

A total solar eclipse is the classic solar eclipse where the moon covers the sun completely. People that view the event can see the moon’s umbra and the sun’s corona. This event can only occur when the sun is only a few degrees of the moon’s node. Additionally, the sun needs to be far away from Earth for it to be small enough to be covered by the moon. The moon also needs to be as close as possible to the Earth.

A partial solar eclipse occurs when the sun is on a different line from the full moon and they do not intersect. People that view this event say that they only see the moon blocking some part of the sun.

An annular solar eclipse occurs when the sun is too close or the moon is too far away from Earth. Also, the sun is close enough to the path to intersect with the moon. Because of this, the moon does not completely block the sun. This is why viewers explain that they can see the entire disk of the moon in front of the sun and a bright ring of sunlight surrounding the moon.

On June 21st, we will experience this Annular Solar Eclipse. Annulus in Latin means ring, which is why this event is largely known as the ‘ring of fire’.

Whenever you are viewing this event or any kind of solar eclipse, you must always protect your eyes. You can experience this amazing and special event without making harm to your eyes. Looking directly at the sun should never happen even during an eclipse. You must wear protective and special-purpose solar filters (eclipse glasses) which will allow you to fully view the eclipse. Remember that no matter how dark or your sunglasses are, they cannot replace these protective solar filters.

You can view this ‘ring of fire’ in parts of Africa (Central Africa Republic, Ethiopia, and Congo), as well as the South of Pakistan, North India, and China. Partial view of the eclipse can be experienced in South/East Europe, a big part of Africa and Asia, North in Australia, and the Indian and Pacific Oceans.

Aside from these events, we will also get to see a Total Solar Eclipse that will occur on December 14 this year. Make sure you take your calendars out and mark these dates so you won’t miss them!