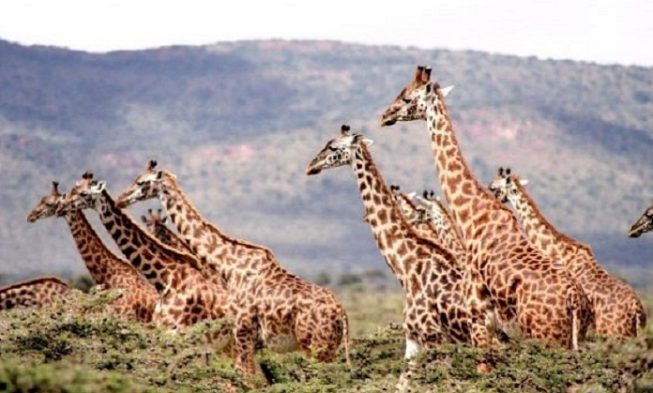 The reports of the International Union for Conservation of Nature (IUCN) show that the number of giraffes has dropped by 40 percent over the last three decades. This attitude lists the giraffes in the “vulnerable” categories of the Red List of Threatened Species.

The researchers found that all nine giraffe species struggle to increase their numbers and have suffered a lot due to poaching, mining, agriculture, and construction across Africa.

According to Dr. Julian Fennessy, a co-chair of the IUCN Special Survival Commission, because of pushing giraffes on safari, in zoos, and the media, including conservationists, people are unaware that these majestic animals are undergoing a silent extinction.

The giraffe populations are doing fine in southern Africa, while this world’s tallest animal is under severe pressure in some of its core ranges across East, Central and West Africa.

Dr. Julian, representing the IUCN Special Survival Commission states that it is a shock that three of the currently recognized nine subspecies are now considered ‘Critically Endangered’ or ‘Endangered,’ and that they as an institution have been sounding the alarm for a few years now.

The Smithsonian magazine reports that the giraffes face two main threats, a violation from cities and towns into their poaching and habitat. Some villagers to secure the families with food kill the animals for their meat, but according to Jani Actman at National Geographic, many giraffes are slaughtered just for their tails. In some cultures, their tails are considered a status symbol and have been used as a dowry when asking a bride’s father for his daughter’s hand in marriage.

Giraffes, like the African elephant and rhino, are attractive targets of poachers, and their heads and bones can be sold for up to $140 each. Because of that, the National Geographic raises the awareness of this serious issue before it is too late. If those actions don’t stop immediately, the next generations might only be able to see giraffes in the zoos soon.