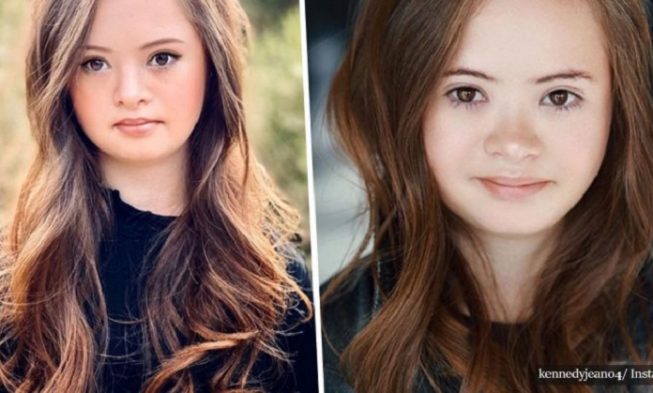 Cognitive delays are common symptoms for people with down syndrome. However, the effect of it is very little to moderate which will not come in between the talents and skills of these people.

People with down syndrome can have very fulfilling and successful lives, especially if they are supported by their friends, family, and community.

Living with down syndrome can have its challenges, however, the life expectancy for these people has increased in recent decades. They can attend school, go to work, start families, cultivate connections, and make contributions toward their society in many different varieties.

Renee, a mother from Colorado Springs, had a baby born with down syndrome fifteen years ago. At the time, the doctors told her that the baby will have a horrible quality of life due to her conditions.

They advised Renee to give up the baby in an institution. Another doctor told her that she could give it up for adoption.

Instead of listening to their advice, Renee knew that she had to keep her daughter Kennedy and that she will be very successful in her life.

Renee explains that the night when she gave birth to Kennedy she was heartbroken because the doctors told her nothing but negative things about the condition. The picture that they painted for her daughter about the future was wrong and Renee did not know what to think of it.

However, the night after, another mother talked to her and assured her, giving her the hope and faith back.

Renee explains that “It was only the next night when a kind midwife told me Kennedy was beautiful and just like her daughter, who also had the condition, that I felt a glimmer of hope. The first thing I asked was if her daughter could walk because I really didn’t know what having the condition meant, and she just laughed. Her daughter was 16 and of course, she could walk.”

After a year of Kennedy’s birth, Renee gave a special care package at the hospital for new mothers of babies with down syndrome. The package was consisting of copies of books that will inform the mothers of the condition of their baby. Renee also added a cute onesie with slogans that celebrated their unique babies.

Additionally, she left her contact details on the packages and also begged the midwives to give her card to other new mothers of down syndrome babies. After that, many people reached out to her throughout the years and she talked to these mothers, giving them the positive conversation that she was once given by another mother. She also told the mothers of all of the things Kennedy had achieved. These talks saved many mothers from unwanted anguish and trauma that Renee once went through.

These days, Kennedy is working as a young model for top brands in the United States. Additionally, she competed in dance competitions state-wide and she also overcame leukemia.

Renee added that “Kennedy tolerated hospitalization and medical procedures well, never failing to smile. During her recovery in the halo, she spent a lot of time watching dance videos and as soon as she was well enough, I took Kennedy to her first dance class.”

Kennedy is no different than any girl her age. She likes to dance, go to the cinema with her friends, and hang out with Matthew, her boyfriend who also has down syndrome.

Matthew made the move on Kennedy in a very confident way, approaching her and saying “I think my phone’s broken because it’s missing your number.”

Kennedy usually flies to Hollywood or New York to go to auditions or join in a modeling job. So far, she’s appeared for Disney, American Girl, and Justice Clothing. She has signed a contract with Dream Talent Management and KMR Diversity.

Great weekend with my favorite guy! Got to see him march with his band at Disneyland and spent a couple days at the beach. Now to head back home! Until next time, California! #favoriteguy #ndhs #notredamehighschool #balboaisland #lovehim #memories #disneyland #saltyhairdontcare

She has brought lots of laughter and joy into the lives of her family. Her mother said that she grew up to be a “gorgeous, funny young woman with the world at her feet.”

Even though Renee is very proud of her daughter, she still feels unhappy about the mistaken way the doctors felt about Kennedy and the things that they said to her after she gave birth to her.

She said that “It’s shocking how misinformed they all were, and it was only 15 years ago. I feel sad that I wasted time grieving for moments like prom dress shopping as I really had been led to believe none of the normal milestones would be reached.”

Together with her daughter, Renee tours schools and educates children of all ages about the condition and how to support people with it.

She expressed that the schools and the teachers gave her the chance to talk to the children about their progress in recent years.

She added that “Kennedy is pretty much accepted wherever we go. Most of all they see that she is a pretty typical teen who loves to text her friends, hang out at the mall, make videos on Tik Tok and talk about boys. I just want her to be happy with wherever her life takes her. I have no doubt she will continue to grow into an independent, strong, amazing adult whether she is acting, modeling, going to college, public speaking or finds her passion elsewhere in the workplace. I just hope she continues to live her best life no matter what.”

You Are Beautiful!! Found this great wall as part of the @yabsticker project! This one is in San Diego, California! Swipe to read more about it. Have you ever seen one of these walls?? #yabsticker #youarebeautiful #youarebeautifulsticker #sandiego #oceanbeach