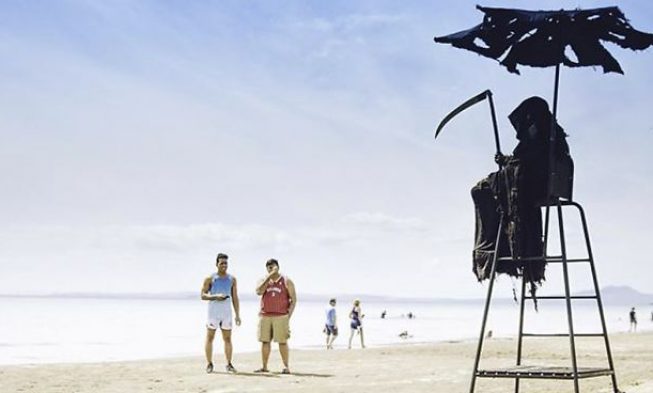 People all over the world are trying whatever they can to use the good weather and go to the beaches, aside from all of the warnings for social distancing. The main reason why social distancing became so popular is that it’s a great way to stop the spread of COVID-19.

On my side of Florida they’re opening up the beaches today and I see everybody saying they gonna come over here so they can go to the beaches. Please don’t. Please stay home. I’m not going to these damn beaches until everything is completely over with. Y’all wild fr

Reopening will take time and be done in thoughtful measured steps. As we Open areas it is important for folks to practice social distancing. Let’s get the beach and park openings with limitations right. Keep moving. No large groups.

If you don’t have contact with infected people, then you won’t get infected. The logic behind it is clear, however, many people think that they’re above everyone and hope on not getting infected. The risks of infections now increase after Florida decides to open its beaches again from May 1.

Daniel Uhlfelder, a lawyer in Florida, was inspired by New Zealand’s public service campaign where a guy dresses up in a Grim Reaper costume and calls it ‘The Swim Reaper’.

The main message behind the public service campaign is to promote water safety, with the Swim Reaper trying to prevent deaths from drowning.

Many of you have asked if I am willing to travel around Florida wearing Grim Reaper attire to the beaches and other areas of the state opening up prematurely. The answer is absolutely yes. Beginning May 1 we will hit the road here in state. Please retweet and spread the word. pic.twitter.com/UO7QKg161n

However, Uhlfelder plans on using this idea differently. He plans on dressing up in the Grim Reaper costume and visit Florida beaches to warn people about the dangers of the spread of the coronavirus.

We will use this as a campaign to ensure people know the importance of staying home while supporting Democrats running for federal office including Matt Gaetz opponent Democrat Phil Ehr and Democrat Christy Smith running in a special election May 12. https://t.co/tK8AQHKEvV

Aside from his main message, Uhlfelder also plans on using the costume to raise money for Democrats that are running for federal office.

And yes, we have ordered all the Grim Reaper attire. It arrives next week.

As of right now, Florida has 30,174 people infected with the coronavirus and more than 1,000 of them have passed away. Due to the increase of people with the virus, Florida hospitals are filled with more than 4,500 people. However, Florida Governor Ron DeSantis stated that because the state flattened the curve, it’s time to open the beaches. He also claimed that they avoided the situation that happened in Italy, Spain, and New York.

The Swim Reaper, the person who inspired Uhlfelder to do his actions, has a massive positive impact in New Zealand. This campaign was launched in December 2016 and by using dark humor, they tried to give young males awareness of the dangers that they’re facing while swimming.

Almost a third of all preventable drownings were made up of Kiwi men aged 15-34. As of now, those numbers have gone down to almost a quarter.

He posts pictures continuously and warns people about the dangers of riptides, swimming near rocks, or swimming drunk:

So, @instagram is thinking of ditching likes? I’ll drink to that… I’ve never liked anything in my life. Why not replace the like button with a “You shouldn’t be allowed to breed” button? Or a “You know, when you’re dead, your only legacy will be this pouting selfie, you narcissistic offal tote bag” button? Way more useful. #buttonsagainsthumanity

One large reaper-roni pizza, coming right up. Delivered hot to wherever you’re doing dumb stuff, or your soul back!* – *You’ll never get your soul back