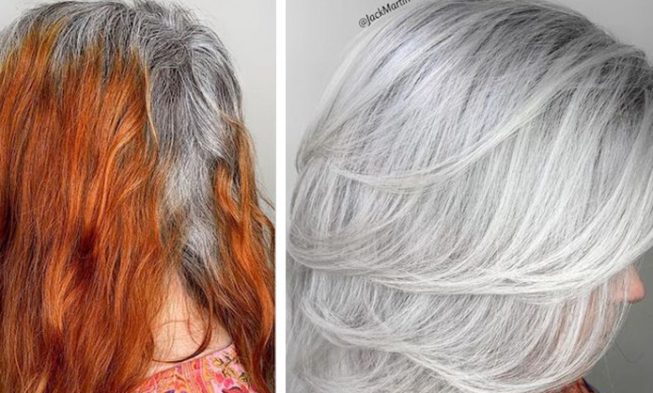 Women find it stressful to have some gray hairs, which is why they decide to dye their hair.

They are satisfied with the result of coloring it, so the repetitive process of dying their hair happens every month or every six weeks. It’s a time-consuming activity and women don’t find it very pleasing. So a hairstylist, called Jack Martin found a way to show women that gray locks may look amazing too.

How did it all start?

He said that it was about three years ago, when one lady came to him and asked about her options regarding her hair, since she was a retired woman who didn’t want to spend as much time dealing with her gray hairs as she used to.

She wanted to have more free time to spend outside, doing things that made her happy. And that’s when Jack Martin came up with the idea to make the gray locks fashionable in a way. He and the lady decided to dye her hair silver, thus giving her more natural gray hue, slightly more polish.

And that would make it possible for the woman not to visit the hair salon too often. When the hairstylist finished with the procedure, she ended up being really happy and satisfied with her new look.

Both of them were very pleased with the final results, so he decided to post the picture of her transformation on his Instagram profile. Soon after, the picture went viral and people noticed it. That got Martin a lot of new clients who were willing to accept the same challenge.

The secret of the process of transformation

To bring the color of women’s hair to perfection, this hairstylist asks women to come with three to four inches of their roots grown out, thus making it possible for him to analyze the natural coloring of their hair.

That’s why he’s able to base the new color on the hair’s natural gray pattern. He believes that gray hair is as attractive as any other hair color, so women do not have to be so worried about it. According to him, it’s high time people got rid of the stereotype that gray hair is a sign of being old. That’s so not the case and the photos he posts are backing him up.

Take a look at some of the amazing before and after shots of his clients who decided to accept the fact that their hair has gone gray. 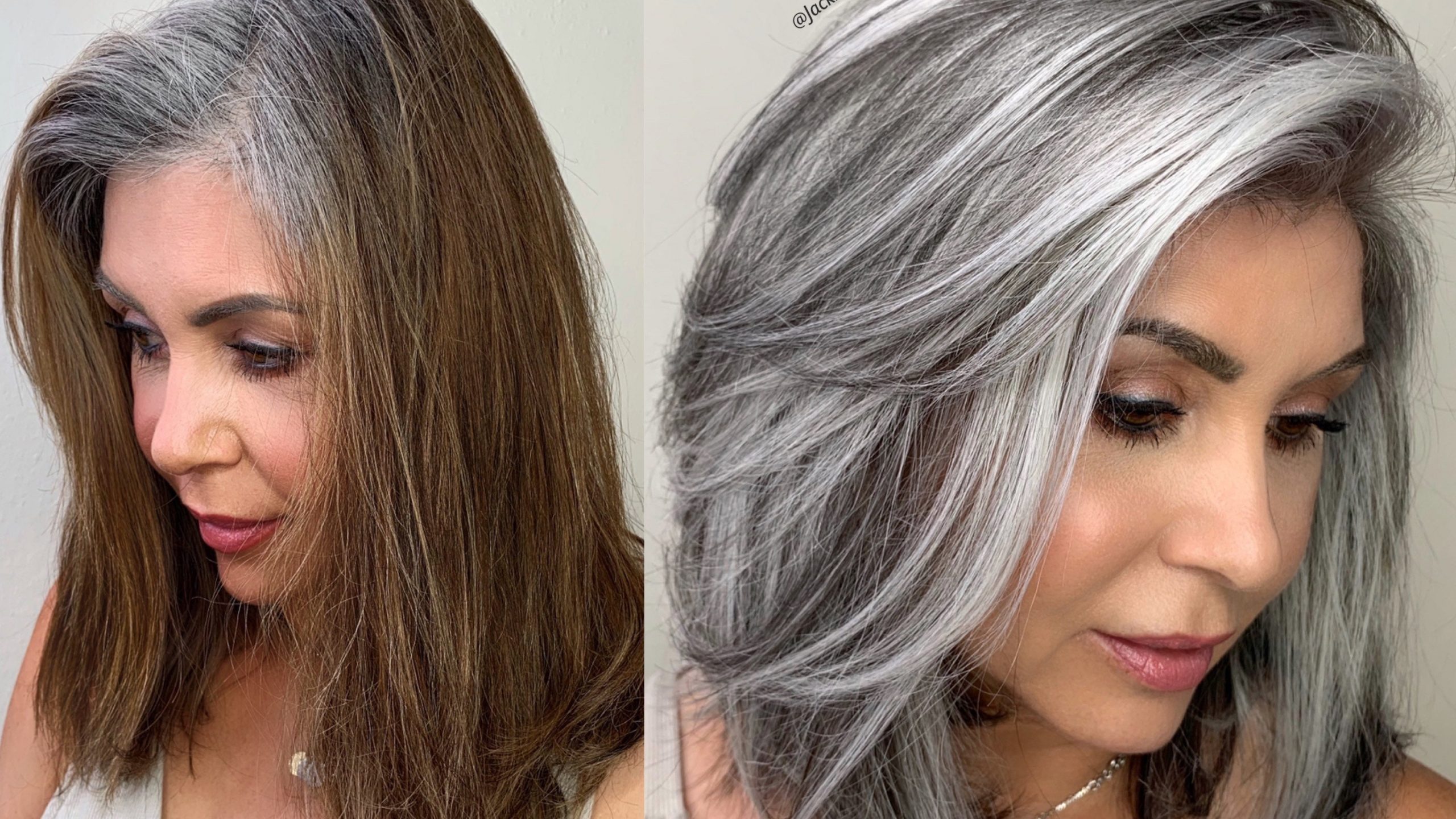 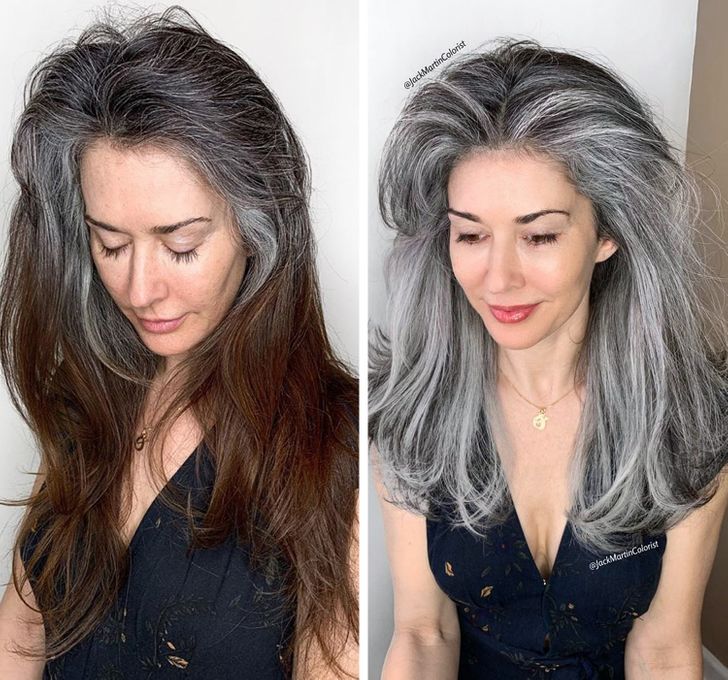 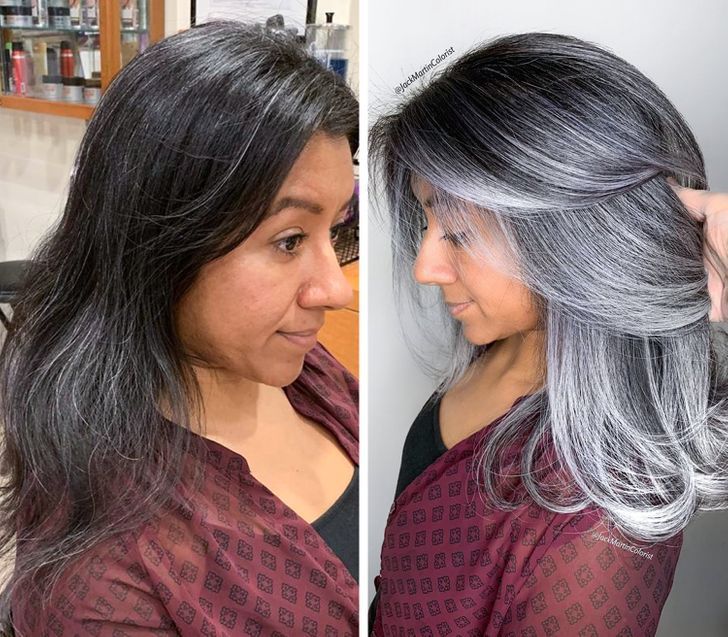 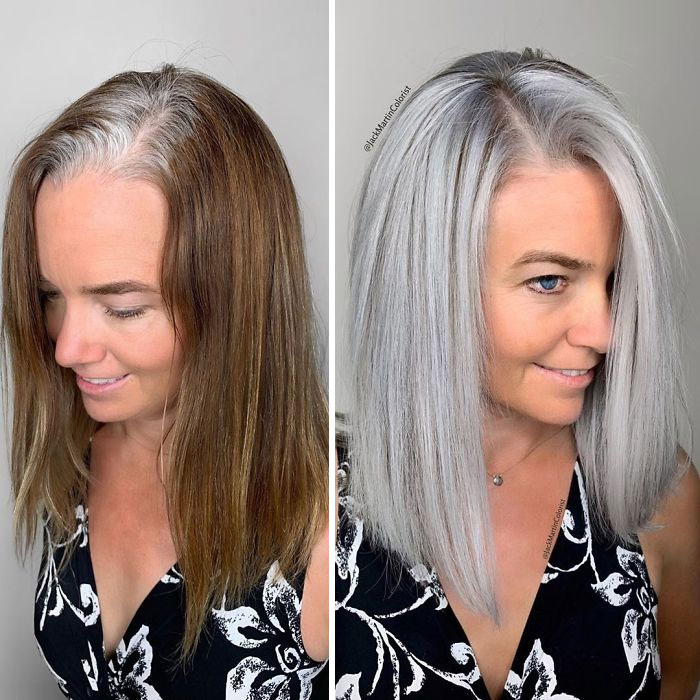