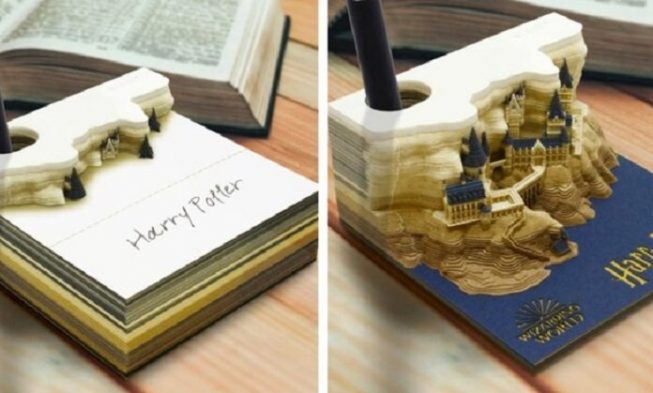 A Japanese company called Triad created a magnificent Omoshiori Block memo pad for every Harry Potter fan. As you tear and use each page from the memo pad, the Hogwarts Castle is appearing along the spine of the pad. When you finish all the pages, you will have your very own replica of the wizarding school to add to your shelf or desk.

The Omoshiroi Block starts as a thick pad of paper, each page with its color. Additionally, the pages have pop-up designs that Harry Potter fans will surely know. A strategical puncture is created for each sheet, creating a 3D outline of the castle after the page is removed.

These blocks are amazing both functional and visual (after its function finishes). The name Omoshiroi is a Japanese word for funny, amusing, and interesting. These Omoshiroi Blocks can make perfect gifts for a Harry Potter fan. As for people that don’t like Harry Potter or aren’t a big fan, there are other available blocks. There’s even one that reveals the Kiyomizudera Temple in Kyoto and the Tokyo Tower. 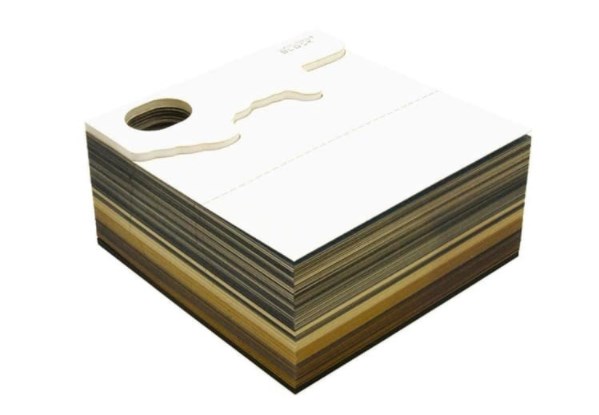 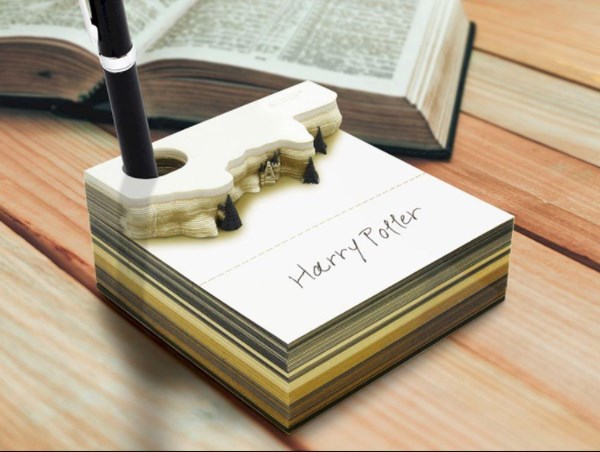 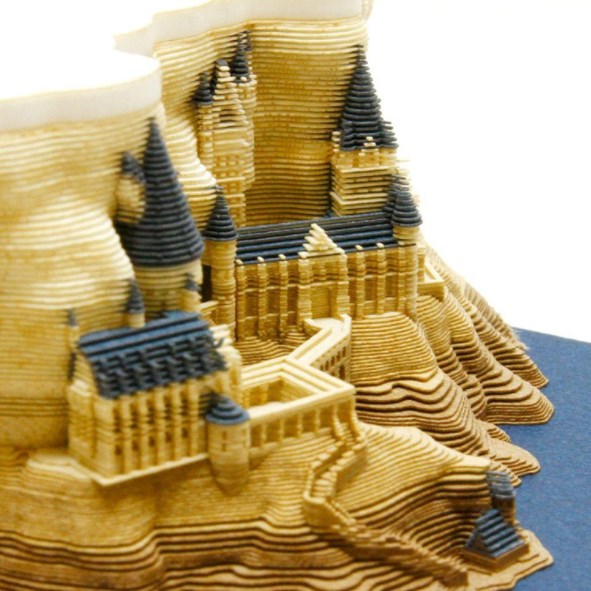 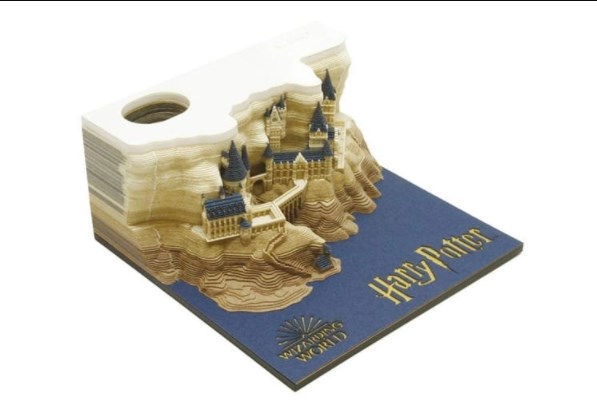 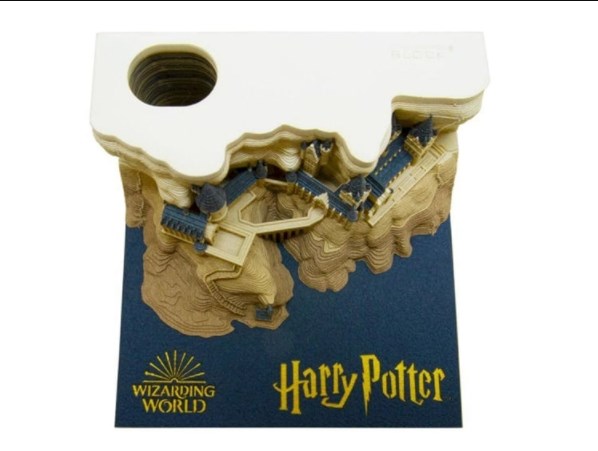 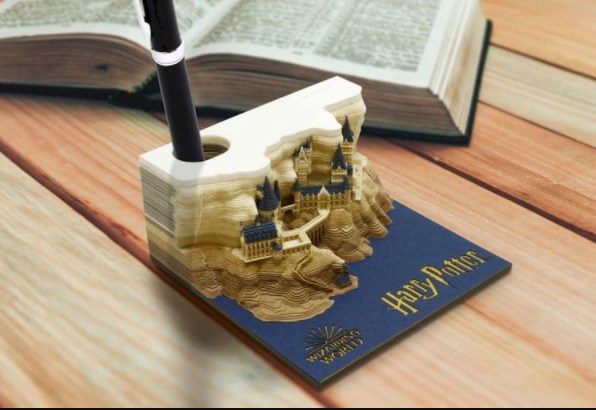 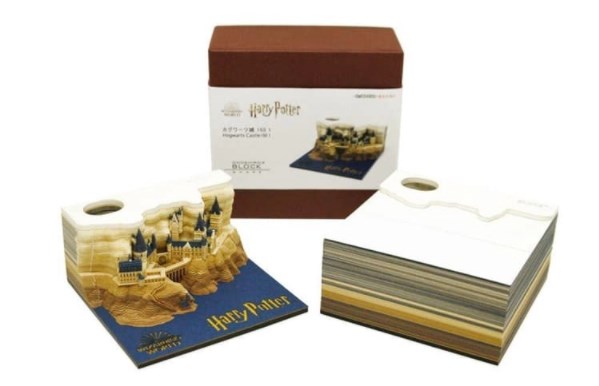 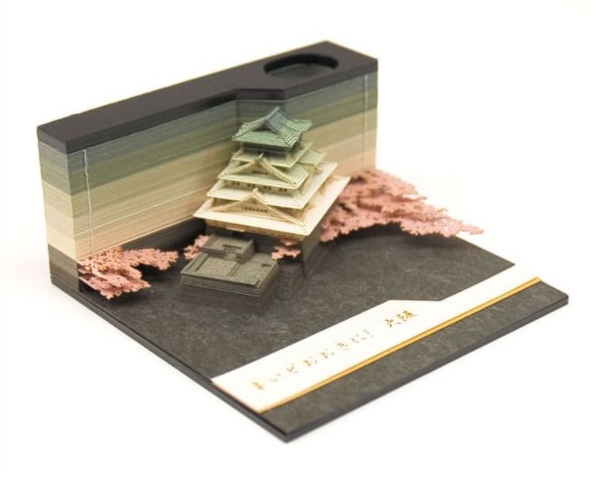 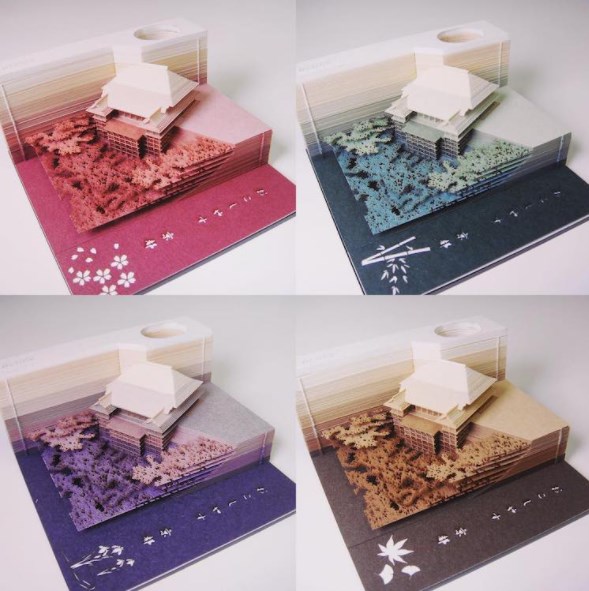 For people that have never seen or heard of Harry Potter, it’s a fictional universe filled with fantasy, mythology, and sci-fi elements. The seven-book series was written by J.K. Rowling in 1997 and each book goes through one year with the main character, Harry Potter. Almost all of the journey through the books goes through the magical school in England called Hogwarts. Only people with magic can see this castle in its full beauty, whereas people who cannot perform magic see it as a ruined building. The book series sold over 400 million copies worldwide and it was translated in 167 languages. From the books, there are eight movies created (the 7th book has two parts) and all of them have been major hits. Even though they don’t fully explain the books completely (I think no movie can ever explain the book fully), they still are a great watch if you’re into fantasy and magic.