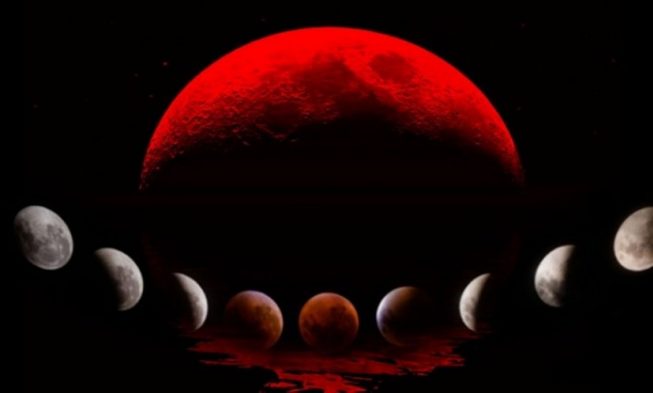 The second full moon in 2018, known as a Blue Moon, occured on January 31, coinciding with lunar eclipse when the Earth passed between the moon and the sun. This position caused the moon to appear red.

The moon reached its closest point to Earth one night earlier (January 30), which marks the second arrival of the supermoon this year.

After 150 years the celestial bodies coincided to reveal what astronomers are calling a “Super Blue Blood Moon.”

If you live in the right parts of the world, like last year’s total solar eclipse, this month, on January 31, 2018, you probably witnessed this stunning cosmic event.

It’s, actually a lunar eclipse, in which the earth’s shadow fully covers up the moon, a position in which the sun, earth, and moon are aligned.

Due to refraction of the sun’s light through the atmosphere, in this alignment, forced it into the red side of the spectrum, so you were able to see a blood red moon.

This significant phenomenon also marked the first time since March 31, 1866, when the lunar eclipse was also a “blue moon.” This term is used to describe the condition when there have been two full moons in the same month.

In fact, the moon will not look blue, but blood red.

There is some minor controversy linked to this event which can be seen here: