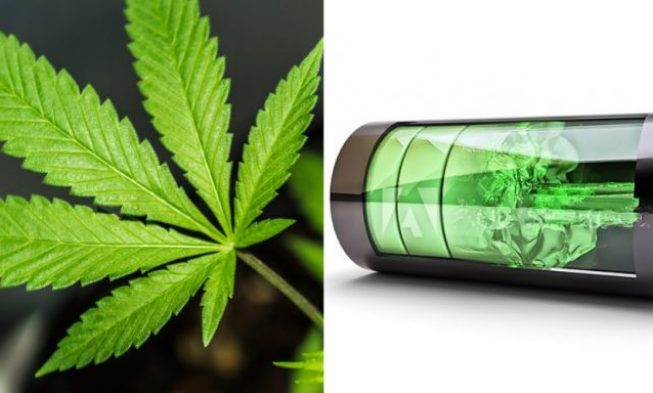 Food, clothes, shelter,  medicine. These are all just some of the things that hemp provides. This is really a miracle, and it threatens so many industries, the most of all the pharmaceutical industry.

That being said, it’s safe to say that hemp is making gigantic leaps, and its movement has gained so much fraction that it’s absolutely impossible to stop all areas in which this plant can provide solutions.

Now, theirs is a new thing that hemp does way better in than most other products. That is making batteries. Yes, you read it right – batteries.

Many auto batteries today consist of lithium-ion, a costly material that disappears easily.

A team of researchers from the US and Canada created a battery that could be used with hemp bast fiber. This is a fiber that can be located in the inner bark of the plant. This usually ends up in landfills as it had no use up until now, but as of right now, it can be used in car-batteries and power tools production.

If this is true! That’s an other potential break trough to make our world 🌎 greener and fight #climatechange with #climatetech https://t.co/vkaaYGfhJJ

The woody pulp was firstly “cooked” and then processed into carbon nanosheets. Later on, they used these carbon nanosheets to produce supercapacitors that would be either just as good, or even better than graphene, which for the moment is the gold standard of the industry.

Graphene is lighter than foil and it’s also bulletproof, but it is prohibitively costly to produce this synthetic carbon material.

We’re not dealing with a new discovery here. In 2014, researchers from the US concluded that hemp plant waste fibers can easily be converted into incredibly fast super capacitors.

Even back then they knew that if this gets pulled off, the newly gained material would be even better than graphene. Dr. David Mitlin led their experiment. He’s a researcher in Clarkson University, New York. The complete process that we mentioned above is actually known as hydrothermal synthesis.