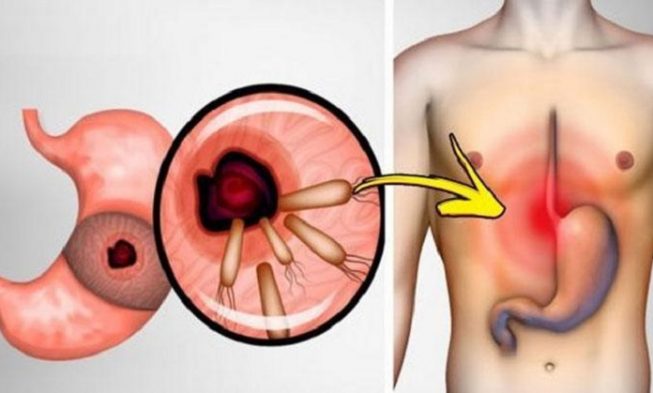 How to Kill Helicobacter Pylori Bacteria in Natural Way

Helicobacter pylori (H. pylori) is a type of bacteria, which is a main reason for the stomach infection. When it appears, it causes symptoms like nausea, belching, vomiting, gastritis, bloating, and stomach pain.

Causing a chronic inflammation this bacteria that can disrupt the function of your digestive system and gastrointestinal tract. This usually leads to chronic stomach distress.

The medical statistics show that Helicobacter pylori bacteria affects about 66% of the world population. In the developing countries, the case is even worse, the H. pylori infection affects more than 80% of adults and 10% of children.

This bacteria that thrive in your body, increases the risk of developing a stomach cancer by 6 times. Additionally, it can lead to serious digestive problems, such as peptic ulcers and gastritis.

So, the best and the most effective way of fighting against this bacteria are several natural ways. They successfully treat and prevent a Helicobacter pylori infection!

Honey has been included in various natural remedies for centuries. It possesses potent antibacterial properties and has been used in healing different health problems.

According to the experts, using raw honey or Manuka honey with standard treatments can shorten treatment time.

– Consume 1 tablespoon of Manuka honey in the morning, before your breakfast

– You can also prepare a toast with Manuka honey and eat this as a breakfast.

This is one of the most effective natural remedies for any type of infection of the gastrointestinal or urinary tract. Thanks to its high content of antibacterial compounds that the fruit has, this juice is known for its effects on bacteria. It successfully promotes the elimination of the bacteria through normal excretion and urination.

For the proper digestion and gut health, we need many beneficial bacteria. So, if there is no bacterial balance in the stomach it can have a negative effect on your overall health. The existence of the Helicobacter pylori infection can upset the bacterial balance. The bacterial imbalance further leads to inflammation and chronic health risks. Probiotics are able to replace the lost bacteria in your gut and can also reduce symptoms and prevent bacterial colonization.

Black seed, besides many beneficial properties, is particularly effective against H. pylori infections. A study conducted in 2010 confirmed that people with H. pylori who consumed 2 grams of ground black seeds a day along with omeprazole succeed to eliminate it faster than people who had the conventional therapy.

Experts confirmed that a green tea can kill and slow the growth of Helicobacter bacteria. By drinking the green tea before an infection you can prevent stomach inflammation and reduce the severity of gastritis.

Garlic, because of the strong antibiotic and anti-inflammatory properties, can be used to kill off H. pylori bacteria. It can be consumed raw or cooked. The study shows that people with H. pylori who ate two-medium sized cloves of garlic for their meals (lunch and dinner) experienced a great reduction in H. pylori bacteria.

Broccoli sprouts are rich in sulforaphane, a compound that is very effective against H. pylori. Its effectiveness is examined in the lab studies and they showed that it can reduce gastric inflammation and lower bacteria colonization. Additionally, broccoli sprout powder can fight type 2 diabetes and reduce the cardiovascular risk factors.

Propolis possesses more than 300 compounds, including coumarins, phenolic compounds, amino acids, polyphenols and plant sterols. According to many studies, it has an ability to inhibit the growth of H. pylori bacteria.

Your diet should include: