Homelessness is one of the burning social problems that all countries have been facing for years, given that economic circumstances and demographic forces are changing, and the composition of the homeless population is changing. They are most commonly present in large cities, but it is evident that in the last decade, their problem has increasingly attracted the attention of the public.

In addition to the dramatic increase in the number of homeless people, the composition of the homeless population has also changed which is most drastically expressed with the crisis caused by COVID-19.

Homelessness is the result of the failure of communities to provide basic security to people who are in such a situation for a number of reasons. According to demographer Joseph Chamie, obtaining accurate homeless numbers is difficult, mainly due to variations in definitions and methodologies around the world and even within countries, but national reports suggest that about 2 percent of the world’s population is in that category, while about 20 percent there is not enough accommodation.

It is important to remember that the homeless are individuals who have their own values and who need and deserve help, especially those who go above and beyond to get back on their feet.

There are many examples of the success of the homeless to find their way back to normal life and there are those who have managed to create their own businesses and become very famous for it in their communities.

The most important thing in the process of transformation is to regain confidence in your instincts and the realization that investing in hard work can turn everyone’s life upside down. This was actually done by a man from Louisiana, who found himself in the business of building a beach in people’s backyards, so that job elevated him to a millionaire.

Eric White, 33, didn’t start his life the best because he dropped out of school in ninth grade and became homeless at the tender age of 15. White, although he did not have the best educational foundation, especially understood the construction very well, which, along with hard work, helped him succeed well in life. He believed in his abilities and by mastering construction and realizing the needs of the people to beautify their yards, he really made a good deal.

White’s first job in the construction world was working for a local construction company, so he continued later in a company based in Baton Rouge, where he acquired the skills needed to progress in the construction business. There he learned a lot from the guy he worked for and even managed the team for the first six months. He later managed to start his own business, founding Cool Pools, which he sold for over a million dollars last year.

His next company is Zydeco Construction, which is building “ponds” with crystal clear blue water and beaches in the yard. Other Zydeco Construction offers to include in-country trampoline construction, customizable outdoor kitchens, decks, terraces, concrete walkways, and flood drainage solutions.

In Zydeco White fulfilled his creative visions, turning a ‘pond into a paradise’. These great ponds are not cheap, with an average cost of about 20,000 USD, but the interest of people is very high.

An Exception of the Transformation

Certainly, this is a remarkable story, because Eric White is a great triumph, who with his hard work and commitment managed to turn his natural talent and create successful companies, which is not easy but it is still possible.

Therefore, anyone who finds themselves in such a situation or knows a homeless person should be aware that there is help. Visit www.voa.org/homeless-people and get more information on everything about support for homelessness. 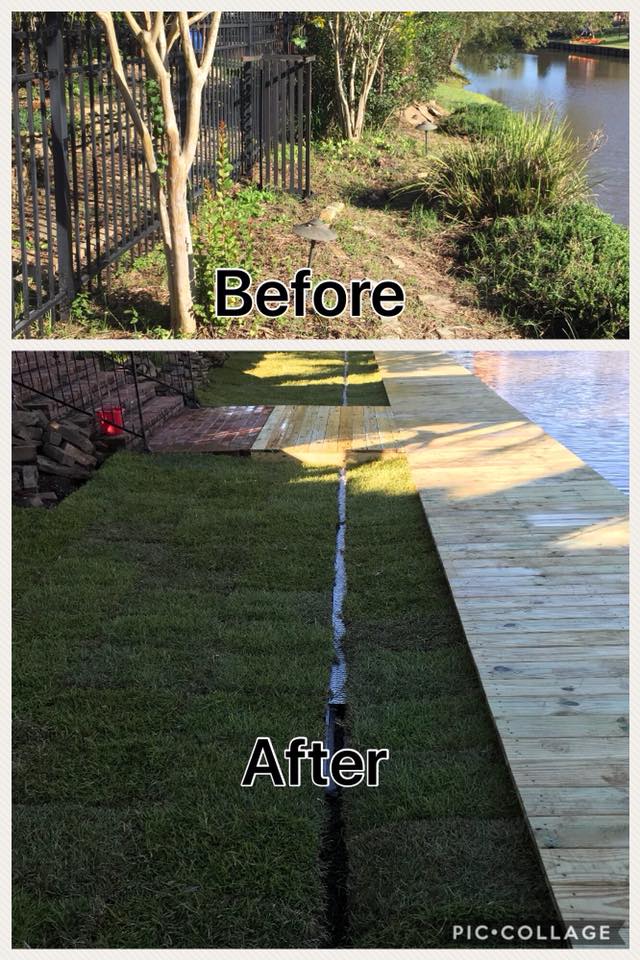 Governments should provide housing for the homeless first, then work to get them into various configurations of private housing over the longer-term.

–           Homelessness is currently increasing in most countries in Europe, and there are around 4,1 million people each year (except Finland FEANTSA). ‘Housing for people – not for profit’ is a tendency of the EU.

–           Many American cities feature home prices that effectively price out poor and middle-income people. In the USA are developed several strategies to make housing more affordable to those of moderately low incomes.

–           Homelessness does not exist in Liechtenstein, and they closed all homeless shelter which existed previously, due to lack of use.

Hopefully, in the future, homelessness will no longer be an issue.