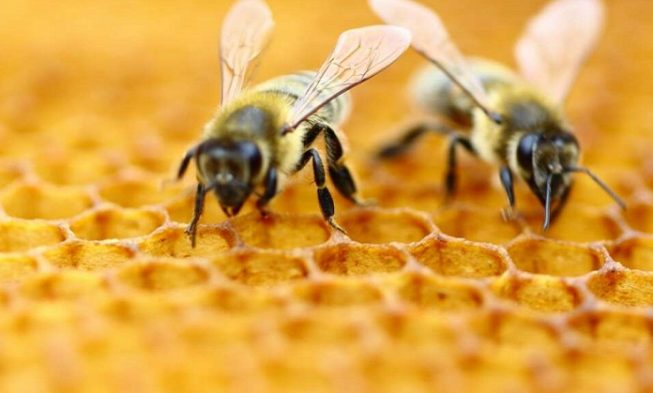 Sounds amazing but researchers have found a powerhouse that kills breast cancer in bee venom. This was confirmed in a fascinating new study published in Nature Precision Oncology, which came out with the results that bee venom kills cancer cells, while normal cells are left relatively uninjured in mouse models.

Given that breast cancer responds poorly to current treatments, the fact that the active ingredient (a compound called melittin) has been isolated and administered in combination with chemotherapeutic drugs in mouse models is also very impressive, with very effective effects in suppressing cancer growth. That is why these findings are very important, they can even be crucial in the fight against notoriously aggressive and difficult to cure cancer cells.

The venom has the ability to target selectively HER2-positive cancer cells, which promotes cancer growth. It is now known that HER2-positive breast cancer responds to available drugs that target HER2, but are very aggressive and grow rapidly.

Combination of Bee Venom and Melittin

According to lead author Dr. Ciara Duffy of the Harry Perkins Institute for Medical Research, this is the first time to compare the effects of bee venom or melittin on all different subtypes of breast cancer and normal cells, and the finding that the combination of bee venom and melittin significantly, selectively and rapidly reduces the viability of triple-negative breast cancer and HER2-enriched breast cancer cells is very encouraging.

Knowing that approximately 10-20 percent of all breast cancers do not respond to any of the hormone therapies currently used by physicians because these so-called triple-negative breast cancers are extremely difficult to treat, this is a significant invention in medicine. This is a good sign for all researchers who have desperately tried to find therapies that can fight triple-negative cancer but have not succeeded.

The invention of this team, that melittin could be a powerful weapon against triple-negative and HER2-positive breast cancer, and the formation of a compound with bee venom may have a more effective targeting of cancer cells.

Dr. Duffy explains that in a two-way attack on cancer cells, the venom showed an impressive ability to selectively kill HER2-positive and triple-negative cancer cells. The property of the honeybee venom to interfere with receptors on the cell surface makes it possible to inhibit the pathways that lead to the overgrowth and reproduction of cancer cells. According to Dr. Duffy, pores are also formed, in which the venom creates small holes in the cell membrane and causes cell death.

The team believes that this finding on the effects of honey bee products, called apitherapy, may also be relevant to the economic aspects of cancer research globally, and has explicitly suggested further research. Given that the results are currently only on mouse models and isolated cell lines, it is too early to expect thorough research on the venom, but it is still necessary before any potential application in therapy.

Some Fast Facts About Breast Cancer

The most common symptom is a new lump or mass – a painless, hard mass that has irregular edges. Breast cancers can be tender, soft, or round. They can even be painful.

Other possible symptoms of breast cancer include:

It will be extremely important to recognize on time the breast cancer and immediately when diagnosed take adequate measures.

Globally, the further development of apitherapy in the fight against breast cancer has to be stimulated and maybe that solution to the problem lies in an insect such as the honey bee.