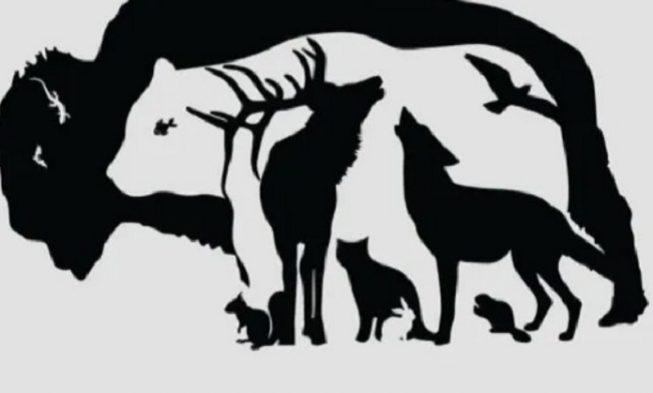 One of the best parts about hiking in the wilderness is the unexpected thrill of spotting wildlife, both great and small.

Among the United States National Park system there are countless animals and plants to be spotted, ranging from the small (woodchucks, squirrels, chipmunks and the like) to the massive (buffaloes, grizzly bears, and moose).

Recently, the Midwest National Parks Facebook page released a riddle that had quite a few people stumped in an effort to help its fans to identify the vast array of wildlife that exists out there on the trails.

Can you name all of the animals in the picture below?

North America is Teeming With Wildlife

There are over 450 species of mammals, over 900 species of birds, over 650 reptiles, more than 300 amphibians and at least 4,000 known arachnids (spider family) in North America, and with so much left to explore there may well be plenty of undiscovered species out there as well.

The picture below includes some of the continent’s most iconic wildlife, and many of these animals are hidden in plain sight.

How many animals do you see? 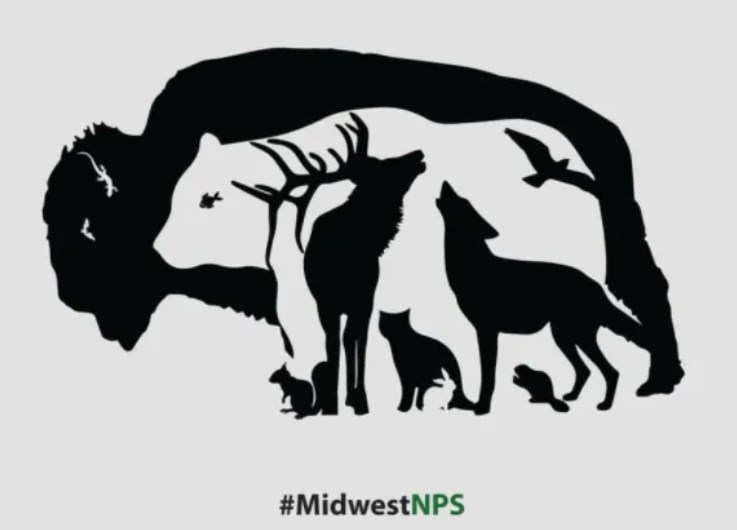 How many animals did you see in the picture above?

Proving once again that there is no such thing as absolute truth, many of the Parks Service’s readers found hidden animal silhouettes in the picture, which became the subject of great debate on Facebook.

“Alot,” wrote one commenter named William on Facebook, seemingly waving the white flag before he even got started.

“Look closer people,” wrote another reader named Debbie, who appeared to be seeing things that others could not.

Still another commenter named Sean found yet another supposedly hidden animal in the picture that no one else had seen.

“There is a baby dolphin there,” he said in the comments section.

After two days of guessing, most people got the “official” answer correct when it was all said and done.

As revealed by the graphic below, the correct answer according to the Parks Service was twelve animals.

The graphic also includes interesting historical facts on each of the animals shown, including the National Mammal of the United States, the American bison, which was designated as such in 2016. 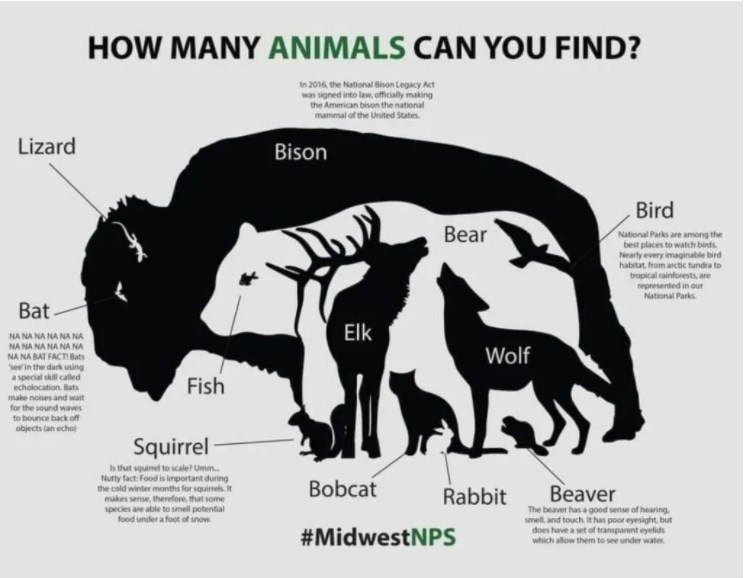 Some people also claimed to see a spider near the rabbit’s foot.

At any rate, this picture is an interesting way to learn more about the incredible wildlife that surrounds us.

How many animals did you see, and how many of these have you seen out there in the wild?

Be sure to share this riddle with your friends to see what they found!