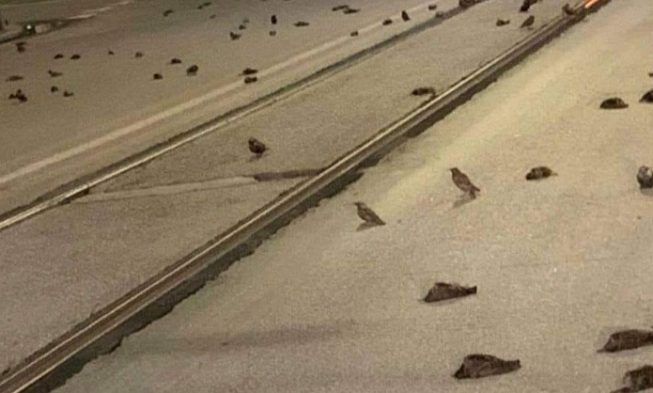 Animal rights groups in Rome have claimed that a great number of birds have died as a consequence of the fireworks that people set off in the capital of Italy, on New Year’s Eve.

There’s a video footage that shows like hundreds of birds, mostly starlings, lying dead on the ground near the main train station in Rome.

The International Organization for the Protection of Animals’ report

Even though the reason is yet not confirmed, the International Organization for the Protection of Animals, came up with its own conclusion. According to members of this organization, the reason is highly likely to be firecrackers and fireworks. People set off them in the leafy neighbourhood that many birds use to roost.

A spokeswoman for the organization, called Loredana Diglio, reported the possible reason for their death. She said that they may be dead because they were frightened from the noise fireworks and firecrackers cause. Flying in despair, they can knock against each other, or hit either windows or electric lines. She also mentions that birds are creatures that can die of heart attacks as well.

It seems like people have completely ignored the fact that the city of Rome has forbidden the firework display. Plus the Italian capital imposed a 10 pm curfew, due to the Coronavirus situation.

Because fireworks have put animals in danger, the Italian branch IOPA has called for a ban on selling them for personal purposes.

However, the RSPB claims that there is no sufficient evidence that confirms that fireworks can do harm to wild birds. Therefore, they need a further research, so as to ensure what’s the best course of action for their conservation.

Anyways, the society alarms organizers of fireworks to be careful when launching the rockets. The society suggests that it’d be better if people avoided locations like nature reserves, nesting and roosting sites for wild birds.