Giving up a child for adoption is never an easy decision. When Shelley Pitts became pregnant at just 14 years old, she ultimately knew that it was what would be best for her baby. Still, she silently celebrated her son’s birthday every year since the day she gave him away. Finally, more than three decades later, the pair were reunited.

Mother and Son Reunited After 33 Years

When Shelley Pitts was 14 years old, she became pregnant. She was so young, however, that she thought perhaps she could just simply ignore her lack of a period and will the pregnancy away. ‘I’m too young to have a baby’ she thought. 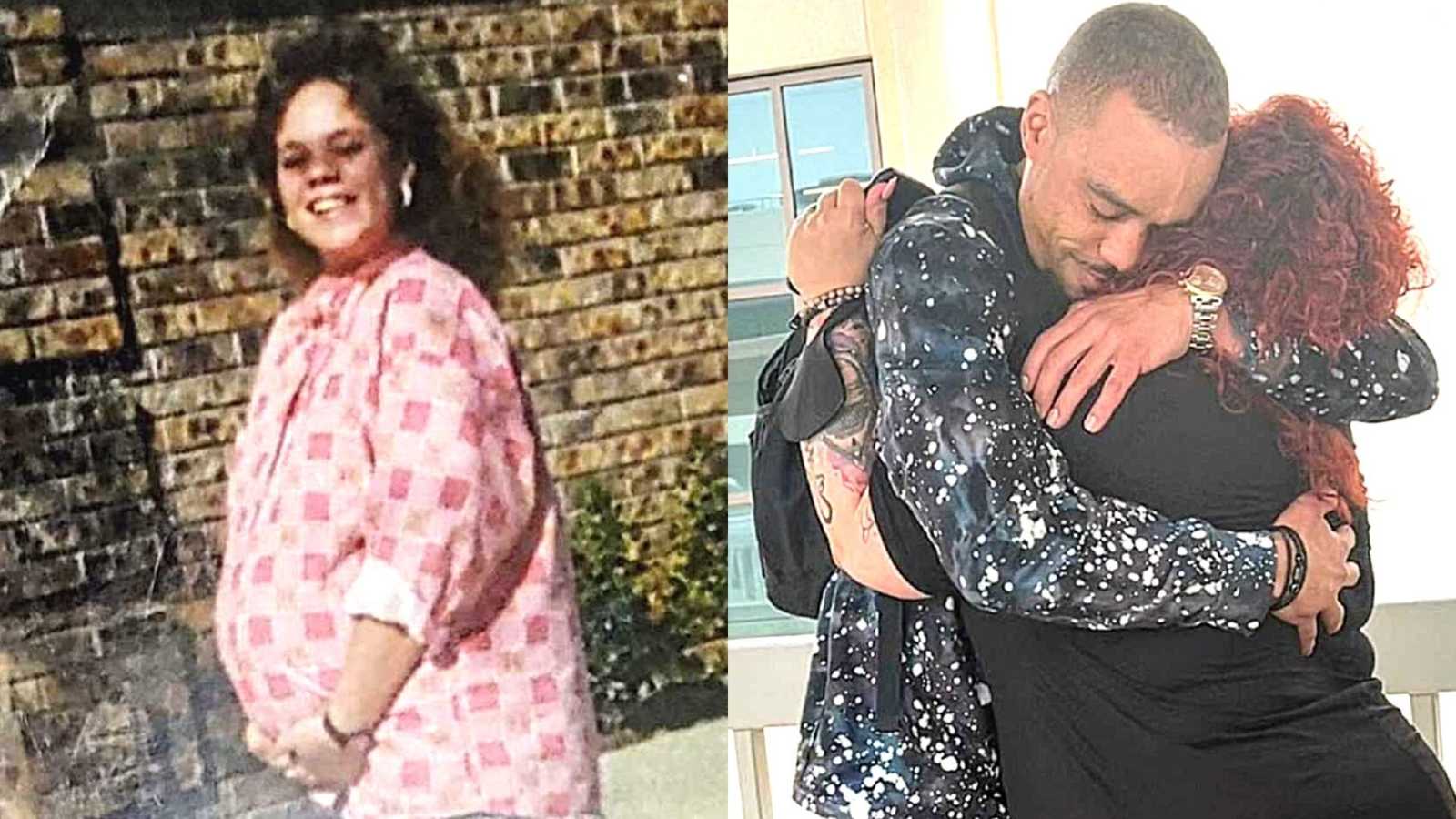 “I didn’t have a clue about being pregnant. The first symptoms, which I know all too well now, were completely foreign to me. My body was changing, but I detached myself from the reality of it,” she explained. “I lived as if nothing had changed. A trip to California with my mother, drill team practice before and after school, and playing softball were just a few things I did during my first trimester. I pretended my life wasn’t changing forever. I pushed the thought of being pregnant out of my mind, but I knew the outcome was inevitable.”

Finally, after three months, she told her boyfriend, Sidney. Having already been together for nearly two years, he was a huge comfort to her. They talked about whether their baby would be a boy or a girl and what they might call them. The couple was excited, but still terrified of telling their parents. 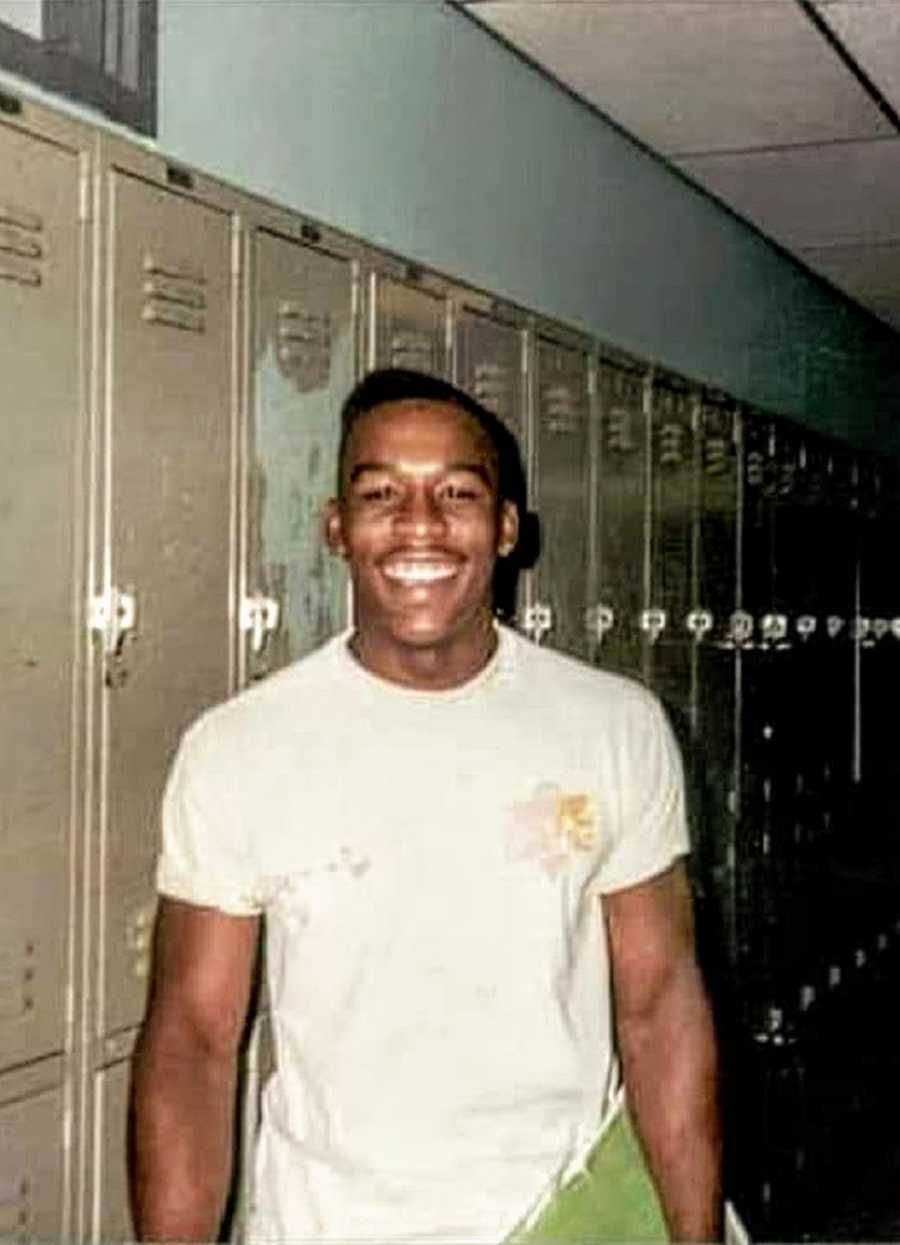 Shelley tried to cover it up for as long as she could. She wore baggy clothes and was always trying to cover her belly with things like her pom-poms at drill practice or sitting with a pillow on her lap at home. They hinted about it to their closest friends, but eventually, everyone at school had basically figured it out. The teachers eventually knew, as well, but didn’t say anything. Teen pregnancy was highly taboo at the time, and even more so because Shelley and Sidney were a biracial couple, with her white and him black. Texas in the 80s wasn’t the most accepting place to be as an interracial couple.

Finally, the pair had the courage to tell their parents. All the adults agreed that adoption was the only option. The couple felt disappointed and a little hurt, but it did seem like the right thing to do. They then found an adoption agency that would accept biracial babies and began the process.

The adoption agency they used provided Shelley with a home to stay in during the pregnancy. This made it easier for her to get to doctor’s appointments, stay in school full-time, and provided counseling for her during her stay. It was much easier than her mom trying to do everything. Shelley said it was a welcoming but still lonely experience.

“Leaving Sidney behind was gut-wrenching. I was accustomed to seeing him almost every day, and now all we had were brief phone calls and letters. I was due at the end of March. That was 4 months away. I was 4 hours from home, and the days dragged. My mom visited on a few weekends, but the mail became my point of anticipation every day. Letters and cards from my mother, grandmother, and Sidney were read and reread.” she recalled.

While living there, she found out the baby would be a boy. This, too, was heart-wrenching, because it was the baby boy that Sidney wanted to give his namesake to. When she finally gave birth, she went through it basically alone with an agency worker holding her hand. Her mother was on her way but couldn’t make it in time. Sidney’s parents wouldn’t allow him to go, thinking it would be better for him if he wasn’t there. 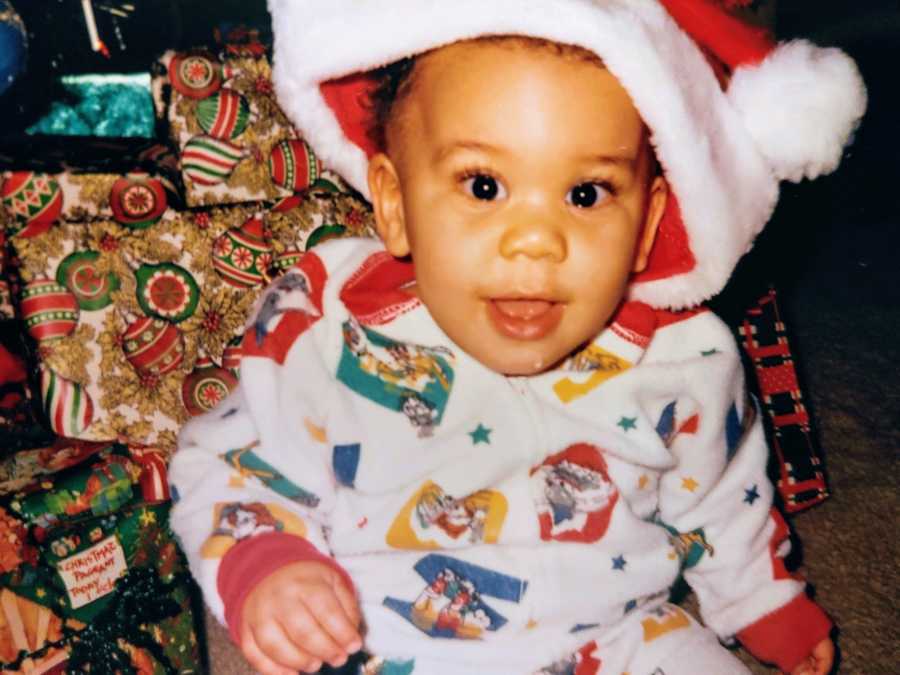 Despite people telling her she shouldn’t, Shelley opted to see and hold the baby before he was taken away. She said she just couldn’t go through the whole pregnancy and delivery process and not hold her son at least one time. Shelley studied him and the features that were hers or Sidney’s. Then, she gave him to the caseworker.

“He was perfect, but he wasn’t meant to be mine. I told myself he would have a better life with his adoptive parents, and when the nurse came to get him from me, I prayed he would. I didn’t cry when they took him. I remember feeling ashamed as if I didn’t have the right to cry. I was giving my baby up. I couldn’t possibly deserve sympathy, right?”

Since that day, Shelley silently celebrated her little boy’s birthday every single year. Sidney unfortunately was killed in 1992. Shelley did not elaborate as to whether it was Sidney who she married or not. 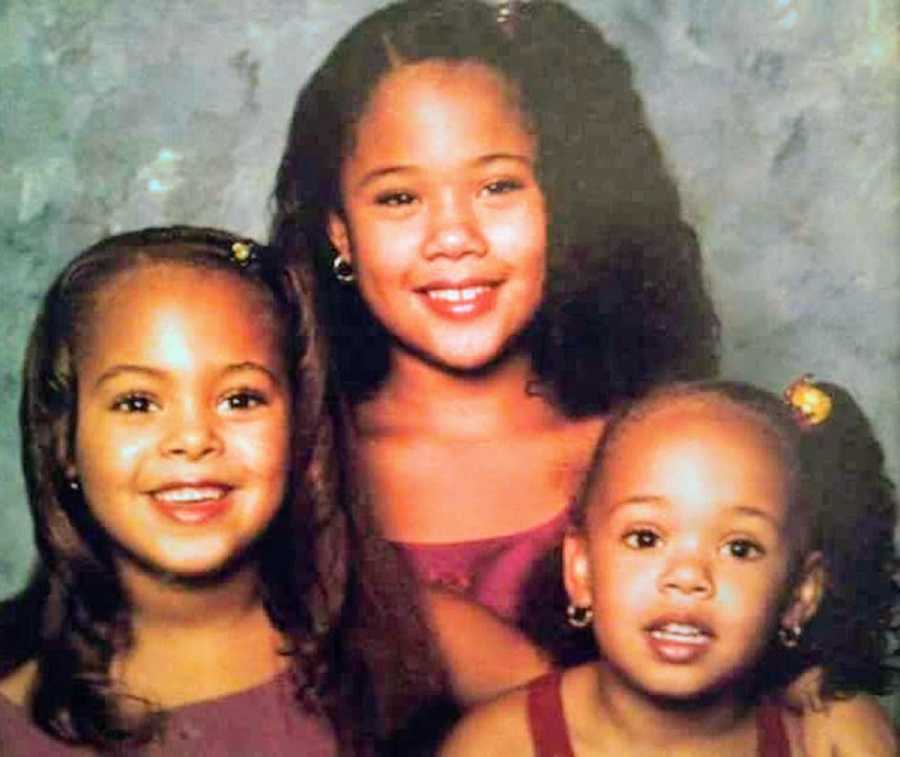 All she knew of her son was that he was in foster care for four months, where they called him Eric. A white family then adopted him. The father was in the military and the mother worked for the schools.

Thirty-three years later, Shelley decided to put a profile on an adoption Facebook page. The site then matched you with someone who fits the criteria that you put in. Unfortunately, she had no matches. She logged back in a while later, when his birthday was coming up. She discovered she had an 81% match.

The match was male, born March 29, 1988, in Dallas, Texas – her son’s birthday. Adopted at four months, brown hair, brown eyes, unknown ethnicity. She sent a message to the profile and waited. She hadn’t heard anything but realized there was an address listed for a house in Virginia.

There was a name on the profile: Daniel Smith. She decided to search the name and location on Facebook. It brought up a profile of a tall, thin, light-complexioned black man. In the photo, he had three children with him. No birthday was listed. Studying his photos, she just knew it was him – he had his father’s lips. Next, she found a happy birthday post from the year before – March 29th. She knew this just had to be him. 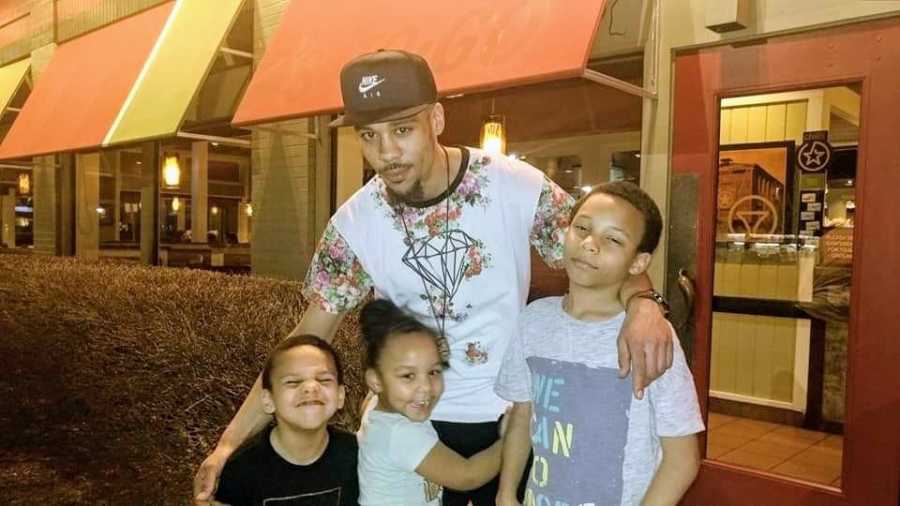 A mixed race adult adopte with his three children

“My heart was in my throat, and I cried tears of pure joy as I sent him a quick private message. ‘Happy birthday,’ it said, ‘I’m your birth mom. I don’t know how else to say that without just blurting it out. I pray you respond. I can’t believe I actually found you.’ It was 11:23 p.m. I prayed the response would be a good one.”

After two days with no response, she sent a message to the person who seemed to be his girlfriend. She accepted the friend request and responded to Shelley’s message saying that she would let Daniel know.

First, they arranged a phone call, where they ended up chatting for almost three full hours. He told her he always knew one day he would find her, he even talked to his friends about it in school. 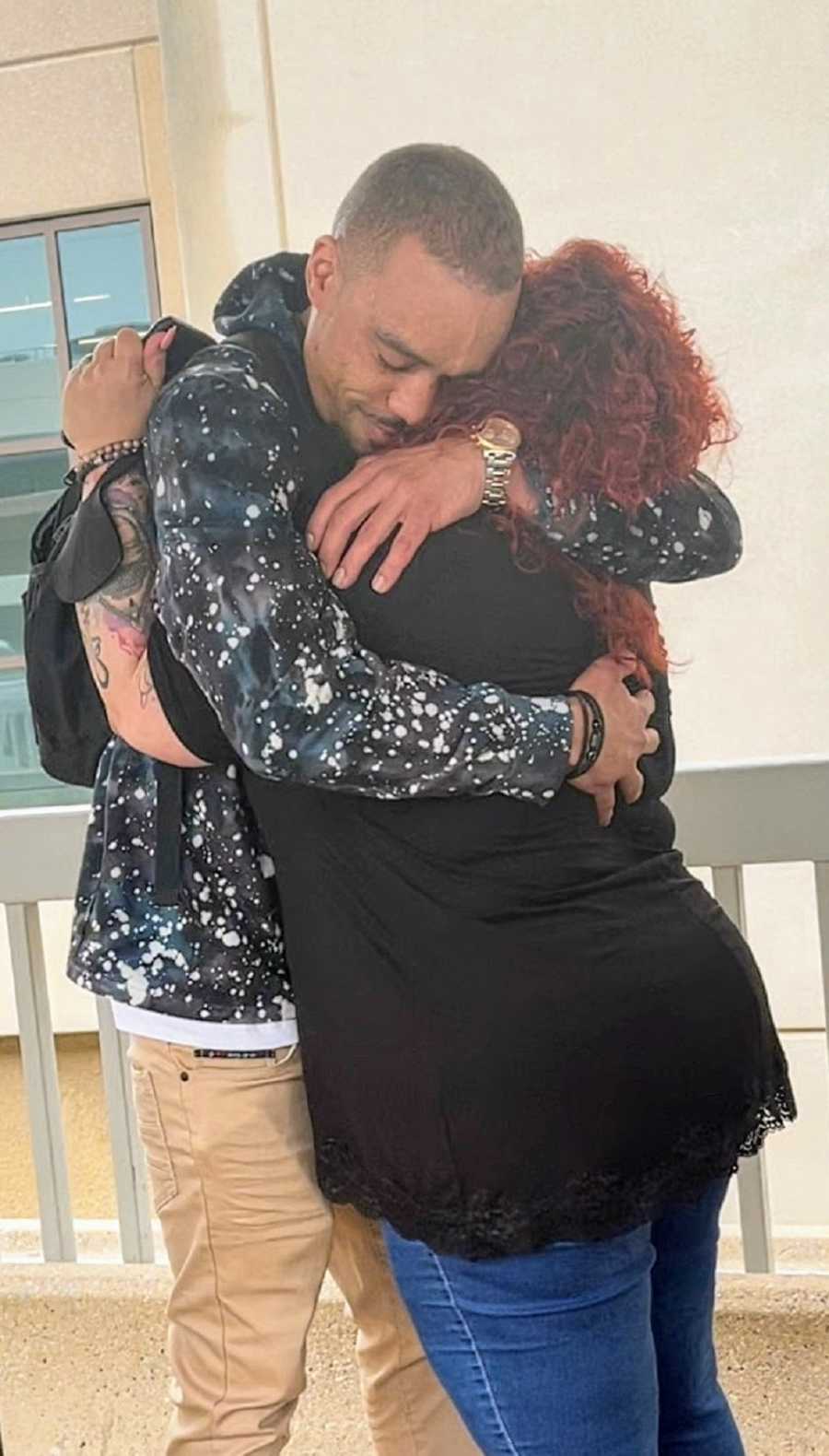 An adult adoptee hugs his birth mother in an airport

Finally, one month later, Daniel made the drive out to Texas to meet Shelley and his biological sisters. When they finally saw each other, it was incredibly emotional. The pair hugged for a very long time.

“The next six days were filled with family, food, and all the love we could give him. My girls, their men, and their children embraced Daniel in every way. Daniel soaked it all in. There were moments when we cried tears of joy and talked about how much Sidney’s presence could be felt. I gave him letters his father sent to me during my stay at the adoption agency and notes given to me during the years we were together. I wanted him to read about Sidney’s love for me and for Daniel before he was born. I wanted to give him a piece of his father to take back to Virginia with him. He deserved at least that much.” 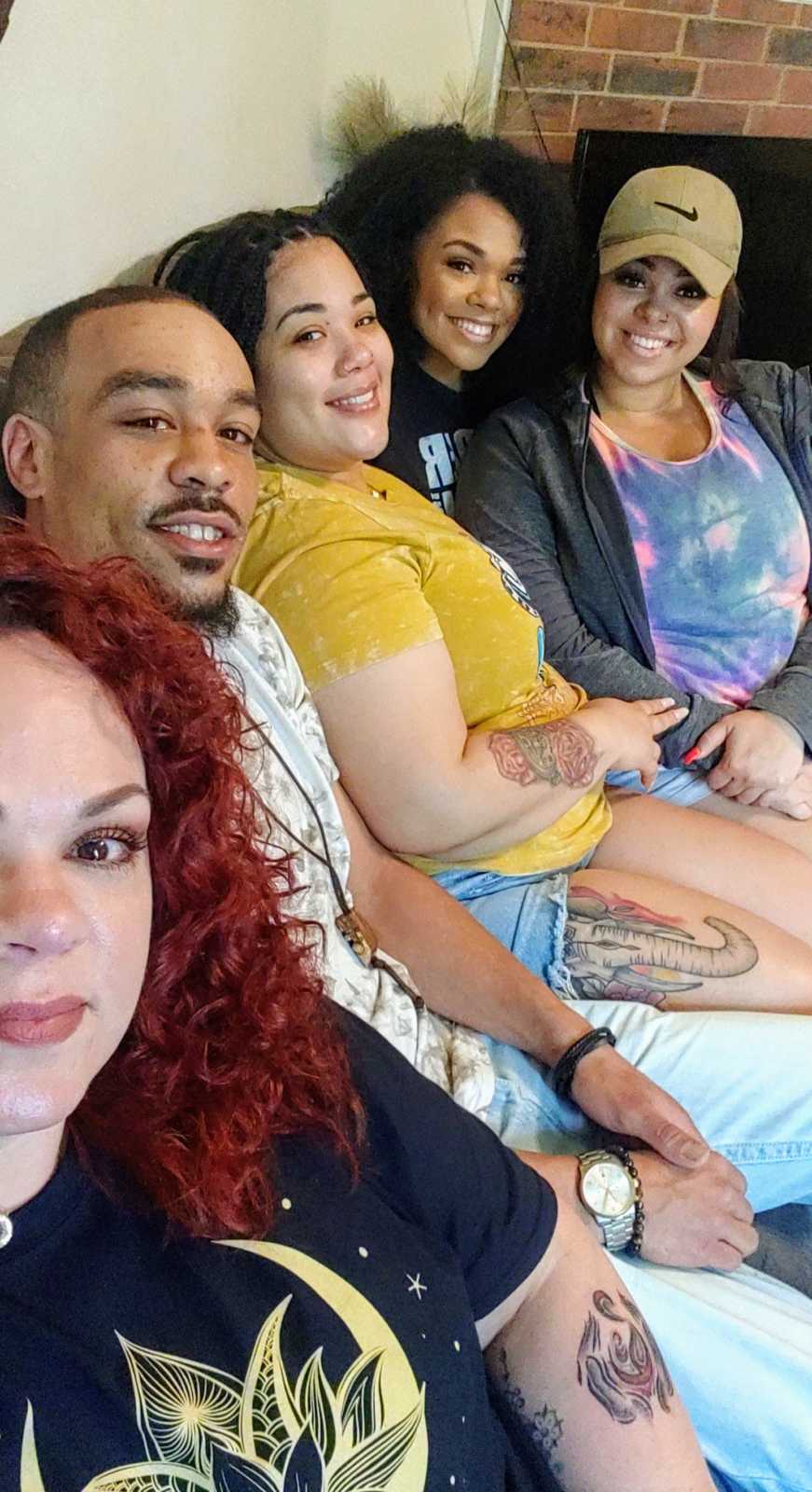