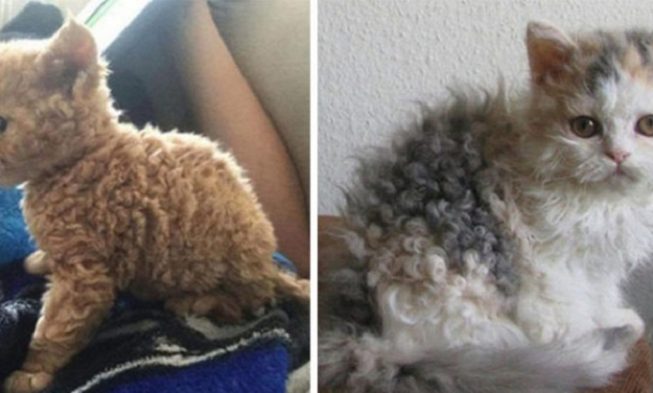 When we were kids, we all wished that our toys and stuffed animals will become alive and play with us. We enjoyed hours and hours of a fun time, as they were so soft, cute and lovable. They would be the perfect pets.

If you wanted a cat that looks just like a stuffed animal, your dreams may become true. The Poodle Cat is a new breed that it is officially distinguished.

All you need to know that the Poodle Cat is not a crossbreed between a Poodle dog and a cat. Even though it looks like one. The official cats’ name, the Selkirk Rex, gave the University of Veterinary Medicine Vienna. They are also called “a cat in sheep’s clothing”, as they are fluffy kittens with striking curly hair.

The story of the Selkirk Rex is like a fairytale. In Montana in 1978, a litter of kittens was born to a feral cat. However, one kitten was exceptional. She grew curly fur and curly whiskers. It was astonishing. Jeri Newman, a breeder specifically for Persian cats, saw the little kitten and was impressed. He visited the shelter when she was delivered at the time. After being inspired by the TV show “Moonlighting”, he named her “Miss DePesto”. The actress was also known for curls.

There are many other breeds with a curly-haired gene like Cornish Rex and the Devon Rex. But, it is quite low that these kittens would be curly-haired because the gene in those cats is not dominant.

In the beginning, Newman was not sure if Miss DePesto had a dominant gene for curly fur. He experimented and bred her with his black Persian PhotoFinish just to see what would happen. Surprisingly, 3 out of the 6 newborn kittens had curly fur. He proved that the gene was dominant, and it made the Selkirk Rex the first naturally dominant curly-haired breed.

How To Recognize A Selkirk Rex

When the kitten is firstborn it is quite hard to tell if it has curly hair or not. Instead, you have to focus on its whiskers. Right from the start when it’s born, its whiskers would be curly.

The Cat Fanciers’ Association (CFA) claims that the Selkirk Rex is a healthy and strong breed. They can be wonderful pats for real cat lovers, as they are cuddly, patient, and very tolerant of people and other pets. On the other hand, they have to be taken care of different than other cats:

They Can Be Perfect Pets

Not like every other cat, the Selkirks are very affectionate cats. They want to be played with, be cuddled and be prepared to give them as much attention as they need. If you are ready to have a fluff ball in your home with snuggly personalities, be sure to open your wallet. Be prepared to pay from $500 to $800.

If you think you can pay the price for these loveable kittens, you need to be sure you dint have allergies issues. They are not suitable for people with pet allergies, as they are not hypo-allergenic, unlike real poodles.

You may be very lucky to have a pet like this if you wished to have a real-live stuffed animal. Find a local breeder who will help you find your forever friend, and you won’t regret this decision.