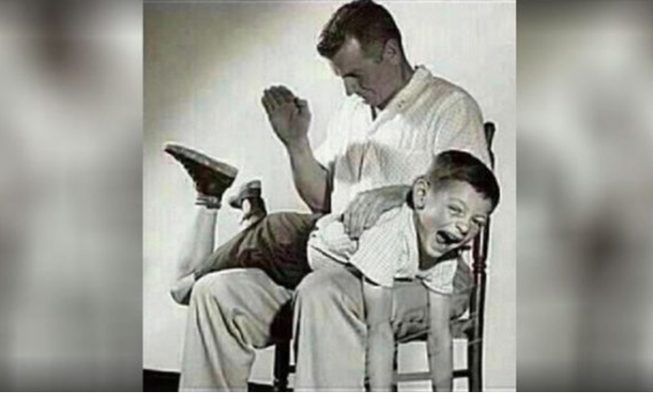 Parenting can be tough. Even though it’s a blessing, sometimes there are difficult situations parents are going through. Those situations usually require parents to be calm, responsible for their actions and filled with wisdom.

That is so, because children’s first role models are their parents. Therefore, children are looking up to their parents, so they are likely to be just like them once they grow up. Thus, spanking as a punishment method might not be so good, because that will affect children in a negative sense.

Nevertheless, many American parents consider spanking as a method to discipline their children, but the point is that it is effective only in the short-term. In the long-term, however, that might come with negative consequences. In the next few sections we’ll take a look at negative sides of spanking as a punishment method, and the alternative methods to discipline your children in a positive way.

The side effects of ‘spanking’ as a method for punishment

Scientists have been looking closely at this method for the past two decades and they came out to be really against this way of disciplining your children. The issue has been discussed by many experts and the general thought is that hitting your child for whatever reason is not good. It might do even more harm than good. ‘Spanking’ can cause mental health problems, anti-social behavior, and aggression among other things.

A study has shown that spanking can turn kids into adults with mental health problems, featuring anxiety, depression, suicide attempts, problems with alcohol, drug abuse and so on.

Grogan Kaylor says that children who get spanked are more likely to spank their own children once they become parents. They are also likely to become really aggressive once they grow up, since they are used to associate violence with power.

To conclude with, spanking appears to be an ineffective method when it comes to disciplining your children. It might even have the completely opposite effect. Most of the parents are using this method so as to punish their children for something they did wrong. But on the contrary, the children might get emotionally damaged and not learn the lesson from that punishment at all.

Instead, parents may better use the other methods like having open talks with their children. It’s always a good idea to talk to your children about what they did wrong, the consequences that come with that behavior and what will happen if that behavior continues.

Kids should be open about their feelings and not feel ashamed of them. Parents should also teach their children about other people’s feelings so as they know what how their behavior affects them.

And one last thing, whenever parents feel angry about their kids’ actions it’d be better for them to leave the place for a while so as to cool off. And then, they should come back and talk calmly with their kids about what they did wrong.