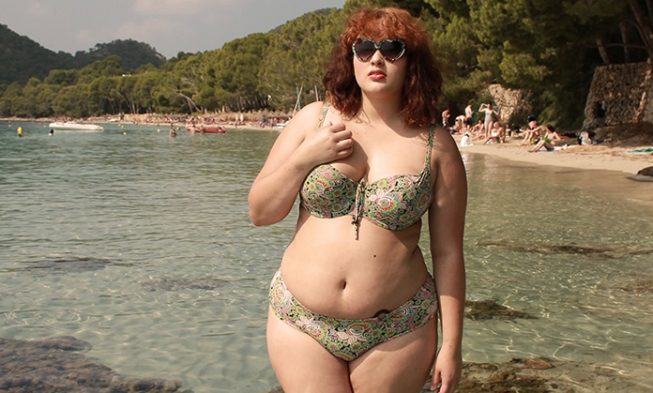 For a plus-size woman, being in a swimsuit might be a situation that they choose to avoid completely, thanks to today’s harsh society.

Here however, one admirable woman describes what happened when she wore a low-rise bikini to the beach, and the mixed reactions she got from the general public.

Being a plus-size woman in public

Experience. Marie Southard Ospina writes via Bustle about her experience with wearing a two piece bikini to the beach in Spain. She wanted to see how people would react when she walked by.

Inspiration. Inspired by one woman who wrote about her experiences with wearing a bikini to the beach, Ospina decided she wanted to find out for herself what it would be like. The only difference is that rather than wearing a high-waisted swimsuit like the aforementioned woman did, she decided to wear a low-rise bikini instead. 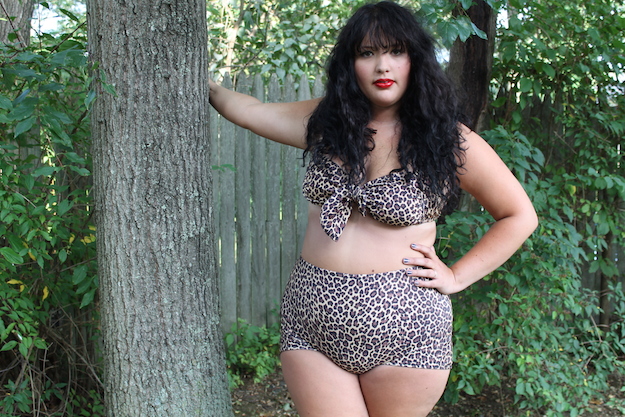 Vulnerable. “I’ve never worn a low-rise bikini, not even when I was at my slimmest in high school or as a child. I’ve feared how vulnerable it would make me, much like I’ve feared purchasing plus-size lingerie for the same reason,” writes Ospina, via Bustle.

Reactions. Despite her fears and insecurities, Ospina set out in her bikini, awaiting to see the reactions she’d get from people. Ospina kept track of all the people she encountered, and writes that she got both positive and negative reactions from all of them. 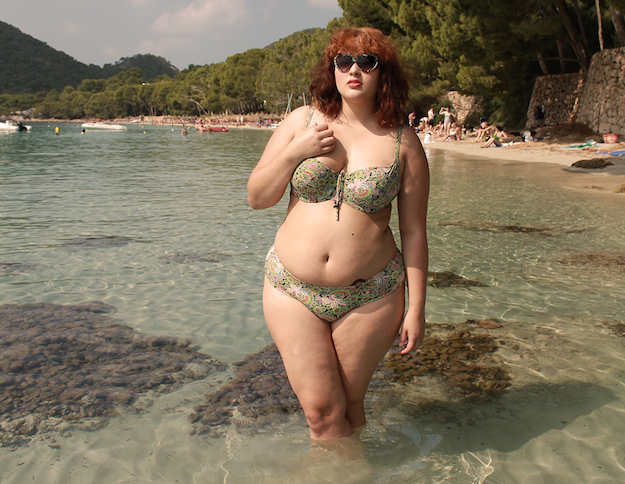 Couples. She writes that most of the negative reactions she received surprisingly came from younger couples. Unsurprisingly, the men would always be the first to point her out to their partners.

Mocking. “Three young couples in total looked at me mockingly, and in each instance, it was the man who alerted the woman to my presence,” writes Ospina, via Bustle.

Offended. Ospina writes that she doesn’t think the women would’ve even noticed Ospina if it hadn’t been for their partners pointing her out. “It’s almost as if the men were so offended,” writes Ospina, via Bustle. 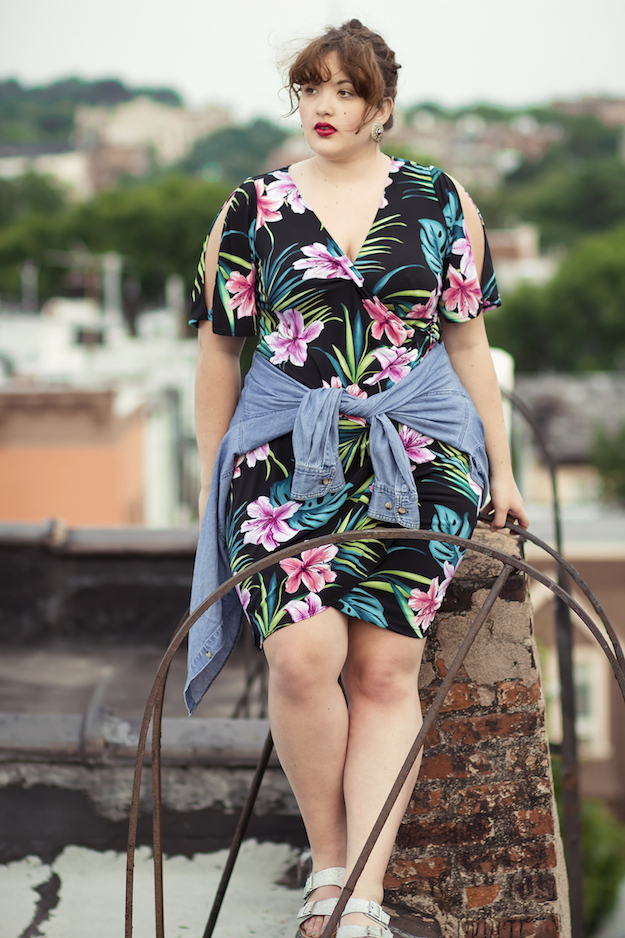 Polite. While the younger couples seemed like the most judgmental, the older couples on the other hand, seemed more encouraging and polite, with most giving her kind looks. “It gave me hope that people will outgrow their intolerance,” writes Ospina.

Name-calling. However, she did face one unfortunate encounter with a middle aged man who was out with his family. She overheard the man calling her names, and while the name-calling itself was hurtful enough, the fact that he was teaching his children to be hateful towards other people was more upsetting to her.

Phobia. “I don’t doubt that fat phobia, along with any other phobia directed at groups of human beings, is often learned behavior. But seeing it in action threw me completely off guard, and was, in some senses, the most devastating part of the experiment,” writes Ospina, via Bustle. 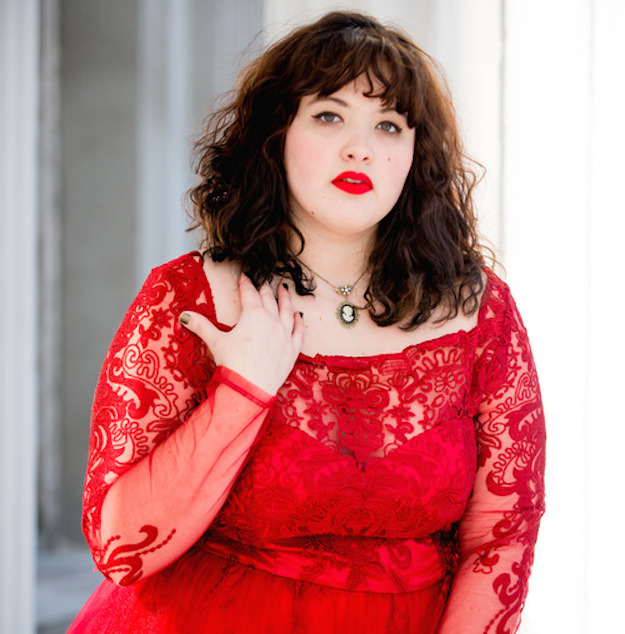 Girls. Ospina writes that she also got stares from groups of girls that were huddled together. She even overheard one of them say “Look at the fat woman,” which Ospina says wasn’t meant to be rude, but more so a surprising observation.

Other women. Much to Ospina’s surprise, she encountered another plus-size woman who was also wearing low-rise bikinis. “A handful of times we’d catch sight of each other and we’d smile. Solidarity amongst women is a powerful thing, especially when it’s women you just know can relate to what you’re going through,” writes Ospina, via Bustle. 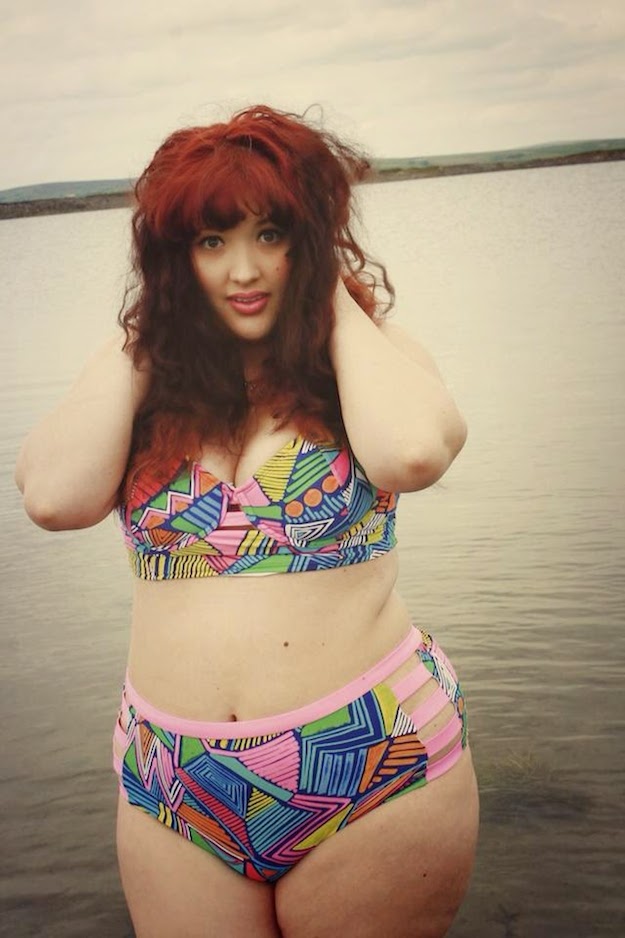 Reactions. All in all, Ospina came to the conclusion that out of the many people that were at the beach the day that she wore her low-rise bikini, only a few of them seemed to notice her, and if it wasn’t because of the fact that she was purposely looking for people’s reactions, Ospina says she wouldn’t have paid them any attention in the first place. 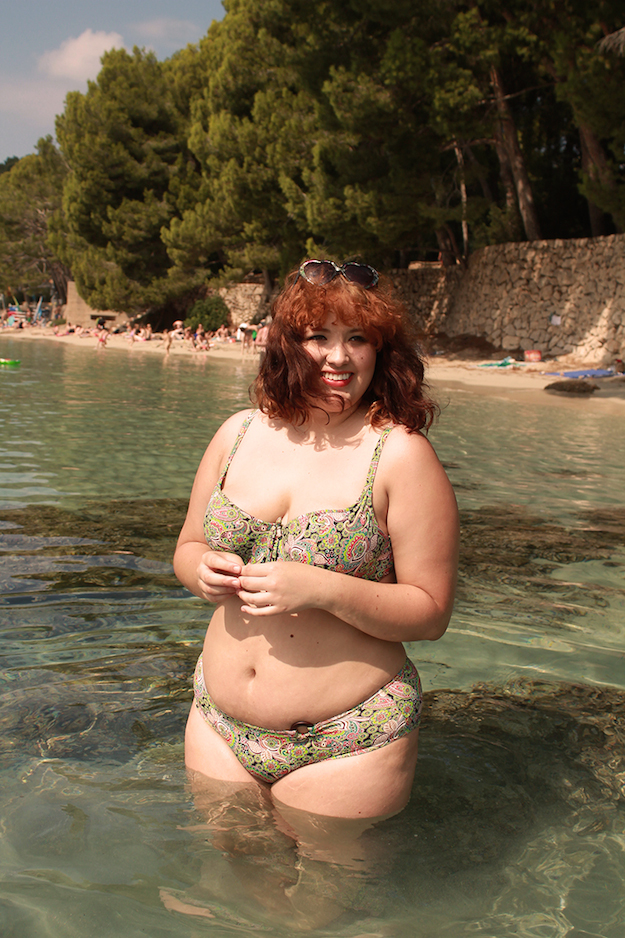 Encouragement. Ospina encourages other women to wear whatever the want to without having to feel self-conscious about it or fearing what people will say. She writes that most people are quick to judge what is unfamiliar or not considered “normal,” but that we can change that by choosing to be ourselves.

Embrace. “Rather, it is our perceptions and close-mindedness toward the different, the obscure or the quirky that need to change. And in the meantime, the only way to normalize the ‘abnormal’ is to embrace it — to wear the bikini if you want to, or dress in drag if you so please,” writes Ospina, via Bustle. 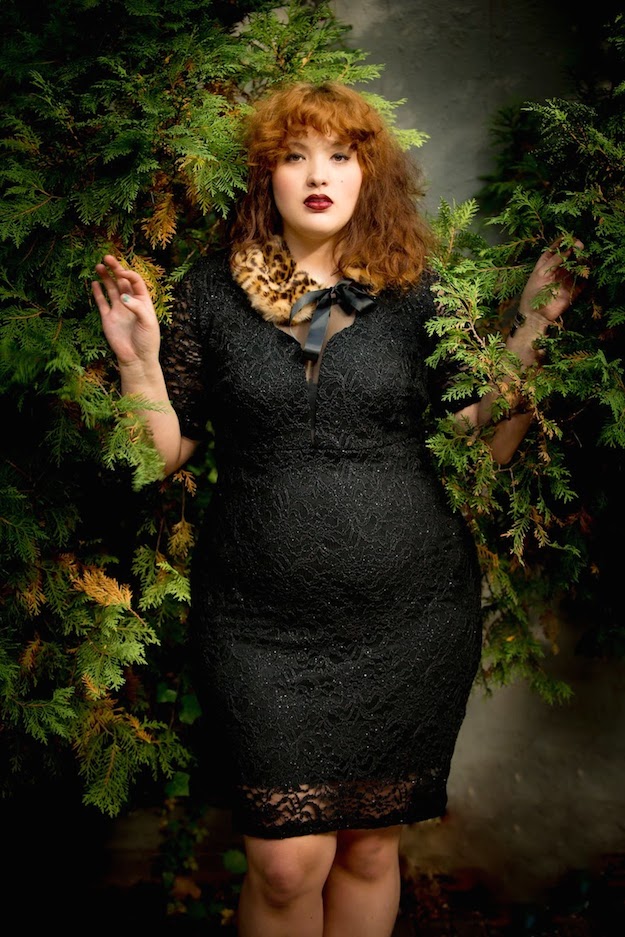