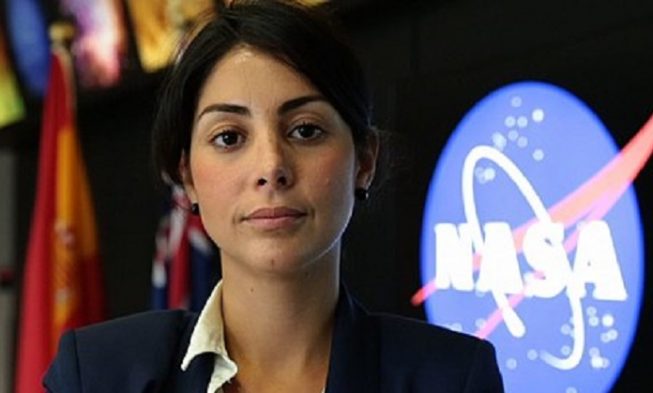 Diana Trujillo was one of the millions of people who immigrated to the United States in search of a better life and more opportunities.

She grew up in Cali, Colombia, and has had a strong interest in science since she was a child.

She aspired to work for NASA as a scientist.

With just $300 in her wallet, she made her way from the turbulent streets of Cali, Colombia to the United States at the age of 17. She performed a variety of jobs, including as a housemaid, to help pay for her science degree at the University of Florida. She applied to the NASA Academy with the aid of tutors and mentors, and she was admitted, much to her delight. In 2008, Trujillo entered NASA as an engineer.

Yesterday, @NASA aerospace engineer Diana Trujillo was honored by the President of Colombia, @IvanDuque, with La Cruz de Boyacá, one of the country’s highest civilian honors, for her work on the @NASAPersevere mission. Congratulations on your recognition Diana! pic.twitter.com/ISZgOIn00E

She never dreamed, however, that she would be able to make her dreams come true!

She now works as an aerospace engineer at NASA’s Jet Propulsion Lab, where she heads a 45-person team.

The Perseverance Mars rover’s robotic arm is being developed by this group.

The campaign was well-received on a global scale. The Perseverance mission landed on Mars three years later, on February 18, accomplishing a historic feat. Or maybe a few…

Since Diana Trujillo was at the forefront of this new mission, which aims to find evidence of microbial life on Mars from billions of years ago.

When she moved to the U.S. from Colombia, @NASAJPL engineer Diana Trujillo didn’t speak English. Last week, she sent her second spacecraft to Mars & hosted the first ever Spanish language broadcast on @NASA_es. Her @NASAPersevere story inspires us all to shoot for the stars. ✨ pic.twitter.com/UA11UV1mIl

She is the leader of the engineering team that created Perseverance’s robotic arm, as well as the voice that, for the first time in NASA history, narrated the rover’s arrival on Mars in Spanish and for the entire world.

Diana Trujillo, on the other hand, was the first Latina migrant to participate in a NASA Academy program.

An illustrious scholar. Someone who, with her team, created the space agency’s most advanced robot and who, if such a thing happens in the future, would most likely be remembered as one of the individuals who contributed to the advancement of future Mars exploration and, who knows, colonization.