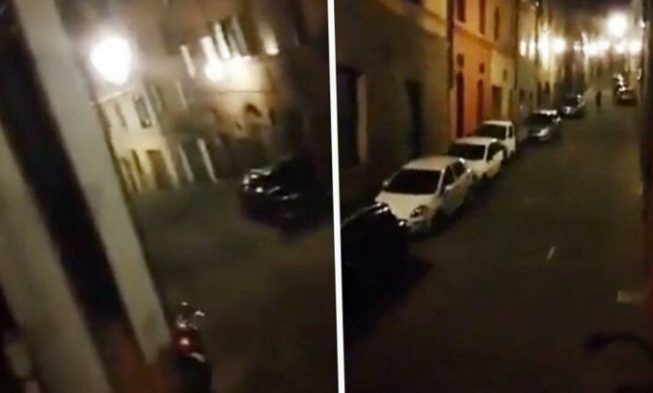 Very emotional videos have been shared throughout Italy of people coming together and singing outside their windows or balconies during the lockdown of the country. One such video is from Siena, where the neighbors all leaned on their windows and started singing together.

The video became viral throughout social media, reminding everyone of the necessity of solidarity and spirit in a community during these awful periods.

The song that these people sang is called Canto della Verbena, translating to And While Siena Sleeps. This song is a favorite amongst local people and was sang traditionally as expressing pride in the gorgeous Tuscan city.

David Allegranti was the one that shared this video and he said that Siena is the most attached city of his. He’s very proud of how everyone is staying at home but still managed to sing together the same as if they were on the street one next to each other.

People were left touched by the warming footage in which you can clearly see the amazing resilience and pride that the Italian people have, especially in a very distraughtly and difficult time.

Howard Goodall, a broadcaster, composer, and writer, replied to the post of Allegranti and said:

“As evening falls in locked-down Siena, citizens confined to their homes are singing together as if they are on the street. What a moving testament to the instinctively musical & open-hearted people of Italy.”

The nationwide lockdown occurring right now has left about 16 million Italians quarantined in their own homes. Almost all of the shops in the country are closed aside from pharmacies, supermarkets, and shops that stock food.

Public gathering has been strictly forbidden and no sporting events have been allowed. Universities and schools have all been shut down until at least April 3.

The Prime Minister of Italy, Giuseppe Conte, made a television address to his citizens, stating:

“I thank you. I know you are changing your habits and making sacrifices and I know it is not easy. But all your sacrifices are offering a precious contribution to the country.

[…] Do not think you will be able to see a change tomorrow or the next few days. We’ll have to wait two weeks to see the impact of these measures. We need to stay calm, collected, careful and responsible.”

However, Italy’s Foreign Minister, Luigi Di Maio, made statements that improvements are clear in the first area of the outbreak, adding that Italy was the first European country to have this effect so severely. He hopes that Italy will be the first one that will leave this crisis behind.