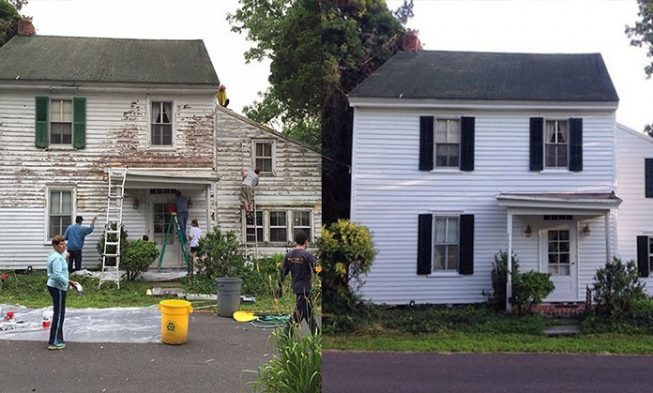 Many old and lonely people are facing difficulties in their life, which are usually linked to their bad financial circumstances. Luckily, Anne Glancey, of New Jersey, has an amazing story of how her neighbors helped her to be happy again.

She received a warning from the city authorities that she’ll get fine because she hasn’t repaired her house yet and some other code violations. Unfortunately, she wasn’t able to do it because of financial problems. Her situation was even worse, as she was alone, without any friends or relatives who can help her. The only contact that she had was with her neighbors, Kristin and Adam Polhemus, which was, at the end enough to overcome that difficult situation.

She received a list from the city authorities of Hamilton Township that was daunting even for people in a better situation. On the list were mentioned – repainting the house, getting rid of a derelict car lying in her front yard, and trimming the lawn as soon as possible, or she would face three violations with fines. According to the letter, the fine could be up to $3,000 per day.

As this had always been her home, Anne was very upset and she showed the letter to Adam and Kristin. It resulted in their initiative to help her and they posted her situation on Facebook inviting neighbors in Hamilton to join them. 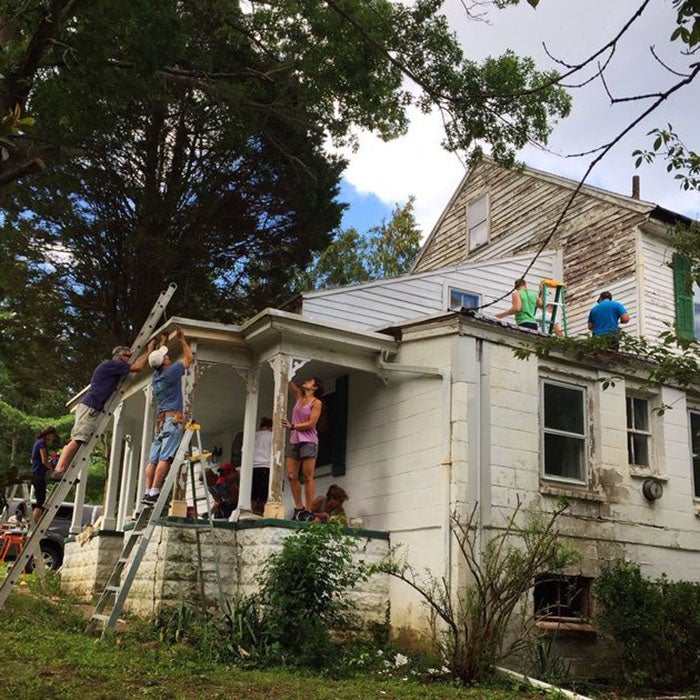 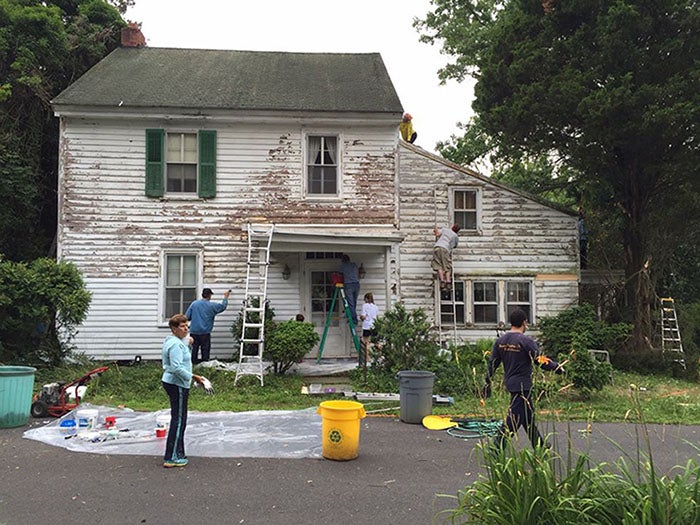 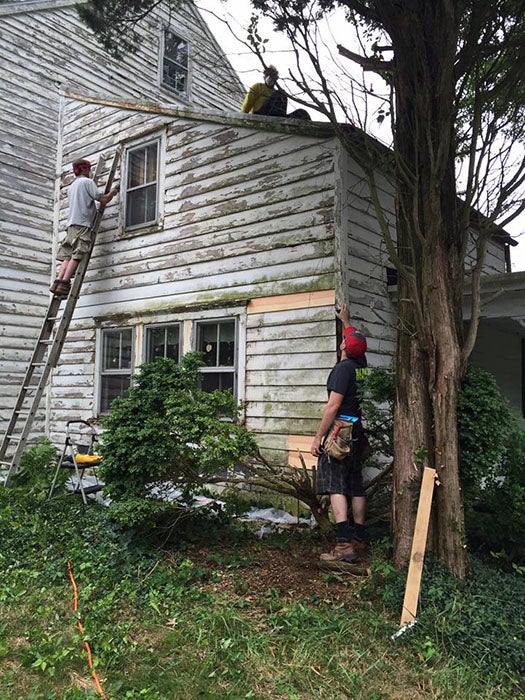 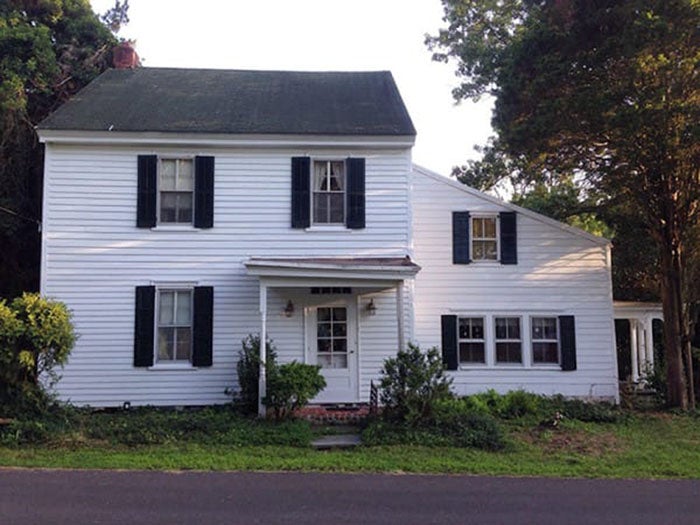 Kristin invited neighbors to reserve a few hours over the weekend and help in repairing her house. She explained the complete situation, mentioning the letter and the financial problems that Anne has. The activities around the house required at least 20 volunteers.

She even made a plan of engaging – the timings and requested volunteers to bring the tools and a ladder each. She also requested a reply to the invitation and according to the list of volunteers, she had made arrangements for lunch and dinner.

They, finally, had a list of 25 people from the neighborhood. Together with Anne, they were delighted at the response and the donated supplies to complete the job before the deadline.

According to Adam this response of the people from the neighborhood was amazing, but he realized that they turned up to help a stranger just because their heart compelled them to do so. The volunteers brought their tools and supplies. They first scraped the paint off the exterior before repainting it, spruced up the yard, repaired the broken siding, and repaired the porch. The old car was given to the Purple Heart Foundation.

Hamilton area friends! Are you free for a few hours this weekend? We need you!Adam Polhemus and I could use your…

Anne is grateful for their generosity and support. Adam and Kristin are happy for her, too, because her life has been restored and she has developed a new relationship with her neighbors.

Taking these little deeds of kindness, her neighbors have transformed Anne’s home, but also lit a light in the elderly neighbor’s heart. Anne has now become more outgoing too.