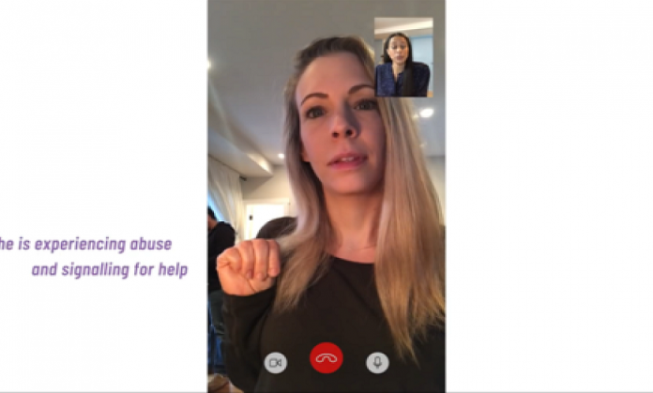 One of the scariest things about getting stuck in a situation with a dangerous person is how many people don’t realize it. Attackers, hijackers, human traffickers often monitor and control a person with such force that it seems impossible to seek help.

Countless stories of people who have managed to slip a piece of paper into someone saying they need help or signal that they are in an unsafe situation exists.

Wouldn’t it be great if there was a way to quickly, but inconspicuously warn people without pointing out the person who is putting them at risk?

The Signal for Help campaign was launched last April by the Canadian Women’s Foundation and has grown in prominence around the world thanks to the establishment of partners such as the Women’s Funding Network.

The idea is to let the person who sent the signal take the initiative instead of assuming you know what they want or need. The Canadian Women’s Shelter suggests responding to the sign so that you ask questions that can be answered with “yes” or “no”. So, go with” Should I call 911? “Or” Should I find a service that can help and call you back? “Instead of” tell me what’s going on. They also suggest contacting the person through some other form of communication and asking innocent-looking questions like, “How are you?” Or “Contact me if you can”.

These types of coercion signals can be a double-edged sword. They rely on a lot of people who know them to work, but that means abusers are more likely to know them too.

The creators of the help signal emphasize that the signal is only a tool, which can sometimes be used to indicate that people need help. It is not a quick fix.t. Anyways is good to know.

A simple and recognizable hand gesture can be used in a video call much more discreetly than a spoken sentence, and unlike an email or text message, it won’t be left behind at the end of the call.