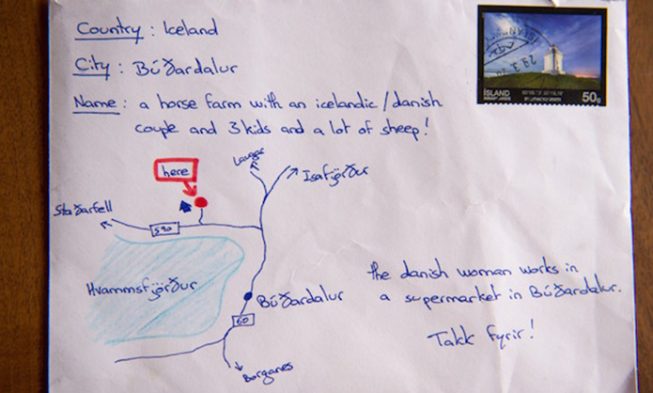 We’ve heard many stories about messages in bottles that were travelling thousands of miles before someone picked them up and actually read them.

And we know that many letters used to be delivered decades after they were posted. But something way more different happened in Iceland recently. The story features Rebecca Cathrine Kaadu Ostenfeld, who was vividly surprised when she received the letter that was sent to her horse farm.

This short story proves that Iceland has not lost its village charm even though it’s among the most popular travel destinations.

The event took place in the west of Iceland and it’s about a letter that was sent to a farm in Hvammseit. What’s special about this letter, is that it was addressed to a hand-drawn map in place of a written-out address. And it’s amazing how it got through the mail system and finally was successfully delivered to the correct address.

The postal information found on the letter

The information that was found on the letter consisted of the country, city name, and line which was supposed to refer to the addressee. It was addressed to a horse farm where an Icelandic/Danish couple lived with their three kids.

So as to exclude any misunderstanding when delivering the letter, the sender included some extra information. It was noticed that the Danish woman was an employee in a supermarket in Búðardalur.

There’s an illustration of a street map of the supposed address, a diagram of a nearby lake, names of crossroads and the exact place of the farm was marked with a big red dot, where the word “here” was written.

A local Icelandic news service reported that a group of tourists in Reykjavík stand behind this interesting idea. They had visited the farm earlier in the year. The farm owned by the Holar family, attracts tourists because of its “mini zoo” where visitors get a chance to pet the family’s animals.

There are horses, goats, sheep, and pigs, among other things. The tourists wanted to contact the owners of the farm, but since they were not sure about the exact address, they used their drawing skills. They also left some crucial clues that would help the postman deliver the letter at the right place.

How did the story become so popular?

The amazing delivery happened in March, but it remained unknown to the public until May. The local Icelandic news website,( Skessuhorn ) actually decided to post the story, pointing out that “anything is possible in Iceland”.

Since then, the story has gone viral on social media and it motivated other people to share similar postal stories. Among them, there was the story of the Christmas card that was sent from Germany and was addressed to “England”. And somehow, the card found its way to the correct address. 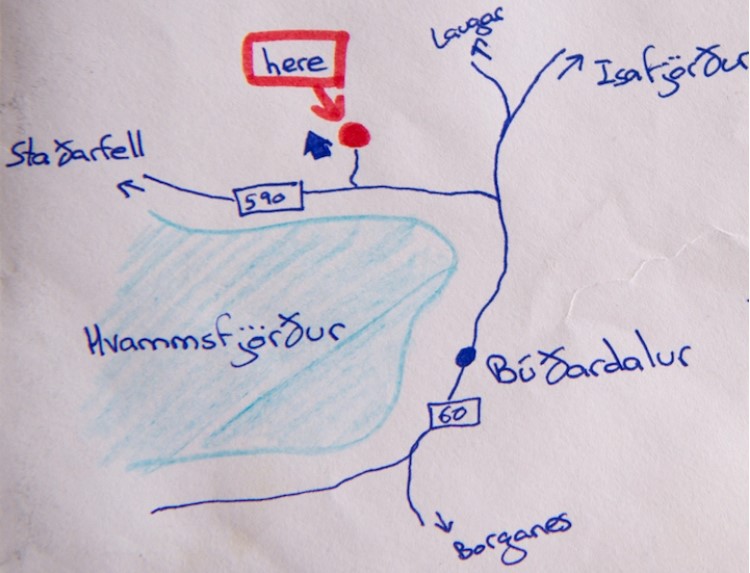