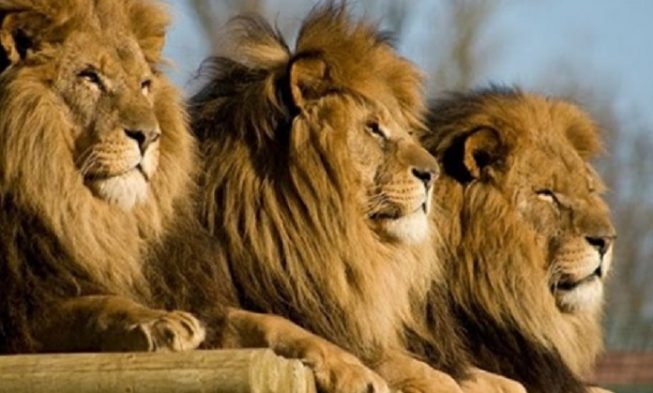 Activists from around the world are spreading awareness of illegal poaching and are trying to prevent future killings of both humans and animals.

On a private nature reserve in South Africa, on suspected poacher was attacked by lions. It is believed that only the head is left behind, and his whole body is eaten.

The half-eaten body was found in February 2018. Near the body, authorities found ammunition and rifle. They believe that he was attacked eaten by a pride of lions, as he was a suspected poacher.

The deceased man was hard to identify by the police of Limpopo, South Africa. He was located in the Ingwelala Private Nature Reserve, outside of Kruger National Park. Because of the following difficulties, the police asked for help from the Department of Home Affairs to identify the man.

Lieutenant-Colonel Moatshe Ngoepe, a police officer told Sowetan Live, a local news source that, “We are still trying all other means, including the Home Affairs Department, to get his history, which may lead us to his residential place.”

First Ngoepe’s thoughts were that the man may have worked in the nature reserve, and while he was driving a tractor, he somehow got stuck. But, Ngoepe informed the local news source, “The person who was thought to be an employee who got stuck whilst driving a tractor is, in fact, alive.”

“The process of identifying the deceased has already commenced and it might be made possible by the fact that his head is amongst the remains that were found at the scene,” Ngoepe added.

News reports do not know to this day if Limpopo authorities finally identified the deceased man. On the other hand, this isn’t and it won’t be the last poacher victim that could be eaten and killed by prey in this so-called “lion territory” and other areas of South Africa.

In July 2018, in the Sibuya game reserve in South Africa, a similar incident happened where three suspected poachers were killed by lions. The owner of the reserve, Nick Fox, claimed that the killed poachers were aiming to illegally kill rhinos.

In order to inspect unusual activity in the reserve, Fox formed an anti-poaching unit. After they began researching, they found human remains and supplies, such as guns bread, and bread.

Fox spoke to the local news source RNEWS and said: “They were armed with, amongst other things, a high-powered rifle with a silencer, an ax, wire cutters, and had food supplies for a number of days—all the hallmarks of a gang intent on killing rhino and removing their horns.”

An elephant killed another alleged poacher in Kruger National Park in April 2019. Later, the pride of lions found him and ate him.

After the incident happened, the deceased’s sidekick poachers told the deceased mans’ family what happened. His relatives informed the park ranger and afterward, a search party exposed a human skull and a pair of trousers.

Poaching has been a problem for Kruger National Park for some time now. Other countries still require rhino horns, and that leads to illegal poaching in such reserves.

The executive director of the park claimed in a statement that: “Entering Kruger National Park illegally and on foot is not wise. It holds many dangers, and this incident is evidence of that.”