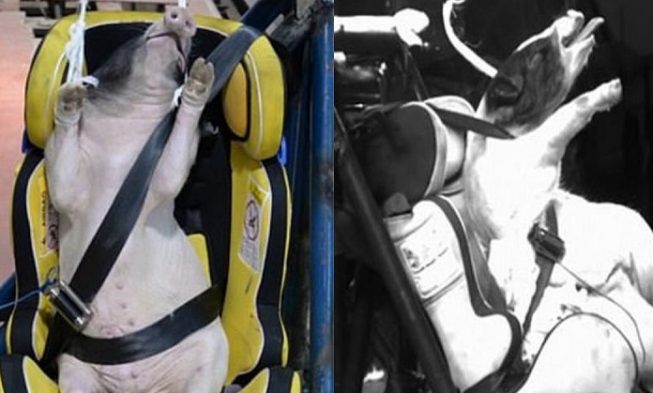 Researchers have been using animals in crash test simulations in China. Recently, a case study discovered that live pigs were used as crash test dummies, and many released images prove this inhumane animal testing.

As the study reports, fifteen young pigs were used for high-speed simulations by fastening into car seats. To make things more disturbing, many of them were only one or two months old, which makes them very young to even, be in such a place. To test the impact of the seat belts, the piglets were fastening into different kinds of seatbelts.

Approximately, half of the pigs were severely injured and traumatized from the crash, and sadly the other half died instantly. 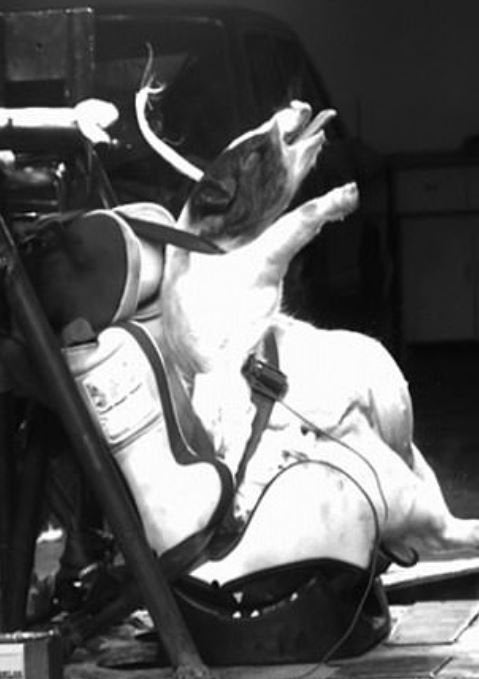 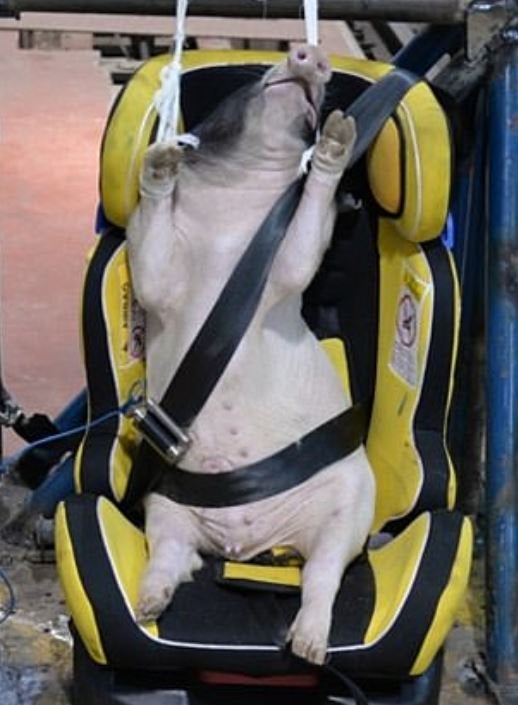 As the bodies of the piglets are similar to the ones of a young child, researchers explained that they used them to see how they would react to a car crash, and eventually find out what it would do to the internal organs.

The researchers who started this case explained that their activities were approved by an ethics committee and got compliance from the US. Unfortunately, they might be misinformed of the laws in the US, as it is illegal to use any animal in such experiments since the 1990s.

PETA’s member Zachry Toliver says that this kind of study is full of animal cruelty adding: “Despite the existence of sophisticated animal-free models, experimenters continue to fasten abused, frightened animals into car seats and crash them into walls until their bodies are bloody, bruised, and mangled. Live pigs are pulverized in these tests, leaving them with broken bones and severe internal injuries before they’re killed and dissected.”

He also explains: “Pigs don’t naturally sit up in car seats. Their anatomy is also very different from that of humans, so the data obtained from these horrific animal experiments don’t apply to human car-crash victims. Car companies figured out years ago that these kinds of experiments are worthless and tell us nothing about human experience in a car crash.”

Truth Theory exposed upsetting footage earlier this month when a German pharm laboratory leaked the photos in which monkeys and other animals are being abused and tortured. The pharm laboratory is now being investigated for animal cruelty and violence.