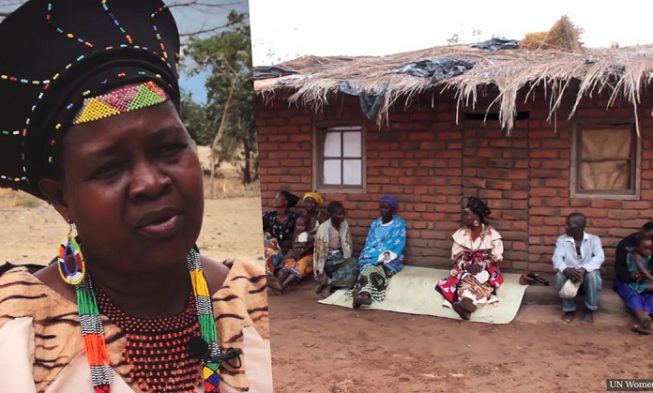 Theresa Kachindamoto never had the plan or the dream to become chief of her hometown.

She had multiple older siblings and lived in a different town. However, her reputation for her humane and good actions secured her unforeseen elections. At the end of the election, whether she liked it or not, she was told that she would get the job.

After this kind-hearted woman became the senior chief of her community, she immediately took actions and stopped the practice of child marriage.

This has been a widely accepted cultural practice in the area. Many parents married their children off at an early age because of their financial crisis.

Kachindamoto’s determination against this inhumane tradition of taking young girls before the age of 18 and making them wives led to stopping this tradition completely.

When Kachindamoto first visited the area of Monkey Bay, she met with the chief who had young girls as old as 12 who had children and husbands.

Her response to this was “I told them: ‘Whether you like it or not, I want these marriages to be terminated.’”

She used her role as a chief to invalidate more than 1500 child marriages since 2017. Additionally, she sent all of the girls that were married back to school so they could get their education.

She also took a bold step to end poverty in Malawi. A 2017 UN statistics showed that almost 45% of young girls were unable to stay at school past 8th grade.

Additionally, she took a strong stance against “kusasa fumbi”, a process of sending young girls to camps to train them. These girls were as young as 7 and they were thought to perform sexual acts so they will be ready for their future husbands.

She threatened to take away any chief from power that let this practice go on. She also changed the laws and it affected the way people acted.

After she took power, she fired four chiefs in areas where child marriages were still in practice. She also got 50 sub-chiefs to sign a written agreement to stop the practice.

After this action, Kachindamoto received death threats to which she responds “I don’t care, I don’t mind. I’ve said whatever, we can talk, but these girls will go back to school. I’m chief until I die.”