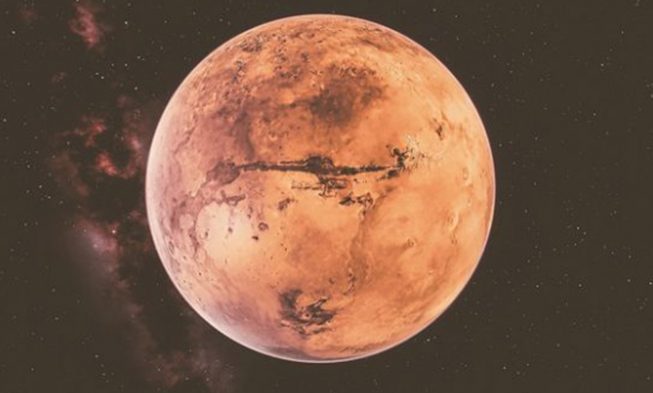 There is a major cosmic event that will occur on September 9 of this year and it’s called Mars Retrograde. The retrograde journey of Mars is a journey through the underworld, triggering very sensitive degrees of the zodiac.

The cosmic event will feel like Mars revisiting all transformative and powerful zodiac alignments of the year. With having one of the worst years in decades, it’s hard to feel that revisiting things of this year won’t be intense.

The cosmic event will happen on a numerical potent day of 9/9 which represents a completion or peak point of the year.

The Mars Retrograde will affect everyone on the global level. The alignments Mars will make with Pluto and Saturn during the retrograde is the reason for this global impact.

Everything that we’ve seen during this year, whether connected to government, politics, power, and control, will be triggered again with this event. Ever since the start of the year, 2020 was destined to bring darker and denser energies, shifting our planet to a higher state of consciousness.

During the Mars Retrograde, we can expect to see general unrest, power struggles, exposed corruption, disruption, protests, and riots. These tensions aren’t created by Mars from nothing.

They are already present in our society and Mars is just the trigger. Whatever things are exposed, we need to come together as a collective and change them to better our society and the planet.

With the retrograde occurring, it’s the perfect time we reevaluate the path and directions of our life. During this time, it’s important to know or goals and dreams and find a way to shift our time and energy to fulfilling them.

The cycle of this Mars Retrograde is connected to the previous one that occurred on June-August 2018. Just look how far you’ve gone since 2 years ago and everything that you went through. It’s normal to feel sluggish during this event and that we can’t go to success that easy, but be patient and persistent.

On November 13th, as Mars goes direct, all of us will receive a boost of energy, making it much easier for us to push forward on our goals.

Starting from October 13 to November 3, along with Mars, Mercury will also be in retrograde which will slow things down and make us feel confused about the path we’re on.

Making big commitments or life-altering decisions during this time is not recommended since it’s a period of transition. Just wait till the period is over and see where we’ll end up.

With every passing second, our planet is exposed to many different energies from the celestial bodies around us. Whether that’s the moon, the sun, or other planets or stars, they all create magnetic forces and fields which affect the state of our planet. These forces cannot be seen by the human eyes, just how we can’t see the pulling force of gravity.

However, don’t be fooled that these forces don’t exist or impact you in any way. The energy fields create the super spectrum of light and color frequencies as well as radiation, UV rays, gravitational effects, and countless currents and vibrations.

One of the biggest impacts on our planet that we see is the sun. It gives life and growth to our planet. Without its light and warmth, life on Earth wouldn’t exist. So if the sun gives us such energies, why shouldn’t the other celestial bodies such as Mars, Mercury, or the Moon don’t.