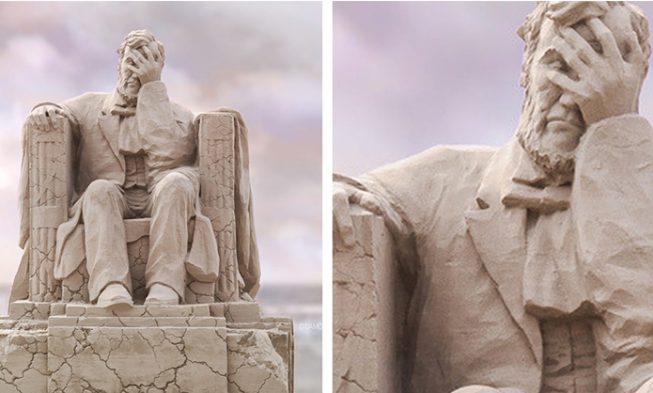 There are thousands of people who visit Port Aransas, on Mustang Island so as to attend the Texas Sand Fest. This tradition has been going on since 1997. The festival lasts three days. The Master Sculpture Coordinator, Suzanne Altamare, explains how they judge the sculptures.

She continues saying that there several criteria they follow, like originality, degree of difficulty, right proportions, cleanliness of the finished surfaces and the WOW factor is also included. In 2019 the British Columbia-based Master Solo competitor Damon Langlois won the first place.

Due to his marvelous creation Liberty Crumbling, he most certainly deserved the prize. His sand sculpture features Abraham Lincoln and his throne. It resembles the 1920 marble statue in the Lincoln Memorial. However, in Damon’s creation Lincoln appears to be quite angry as he is sitting on his crumbling platform, with his hand to his face.

The creator of the statue stated that his work has no intentions whatsoever to provoke any political discussions. He didn’t mean to comment on the current state of domestic and world affairs through his sculpture.

He simply believes that it affects everyone who believes in freedom. And according to him, that’s the reason why this sculpture was so well accepted by everyone.

How did the procedure go?

The sculpture cost Langlois four days. First he spent one whole day working on the “pound-up”. That’s sand compacted into wooden forms with quite a lot of water.

Then he carved those pieces away, and the removed sand reveals the creation. It wasn’t easy at all. He said that he worked until the last second. At one point he even thought that there won’t be enough time to finish the sculpture. But it all ended just fine.

While working on Liberty Crumbling, Langlois realized why he enjoyed working on this sculpture so much. He loves its intense nature, physically and mentally as well.

According to him, that’s a combination of illusion, artistry, engineering, perseverance and character. And it’s about living in the moment. He understands its ephemeral nature, but he says that nothing lasts forever. He just does it for the act of doing it. 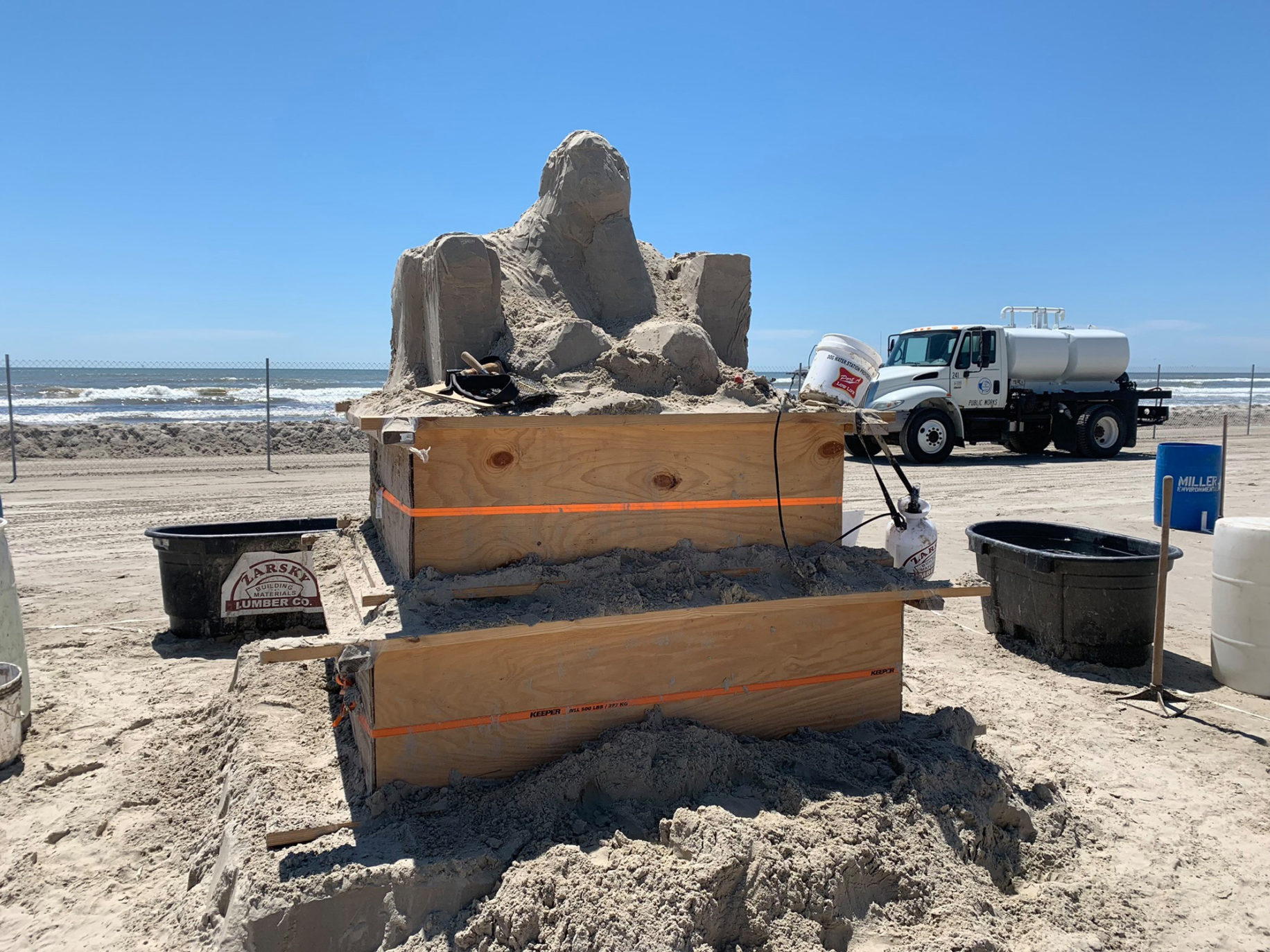 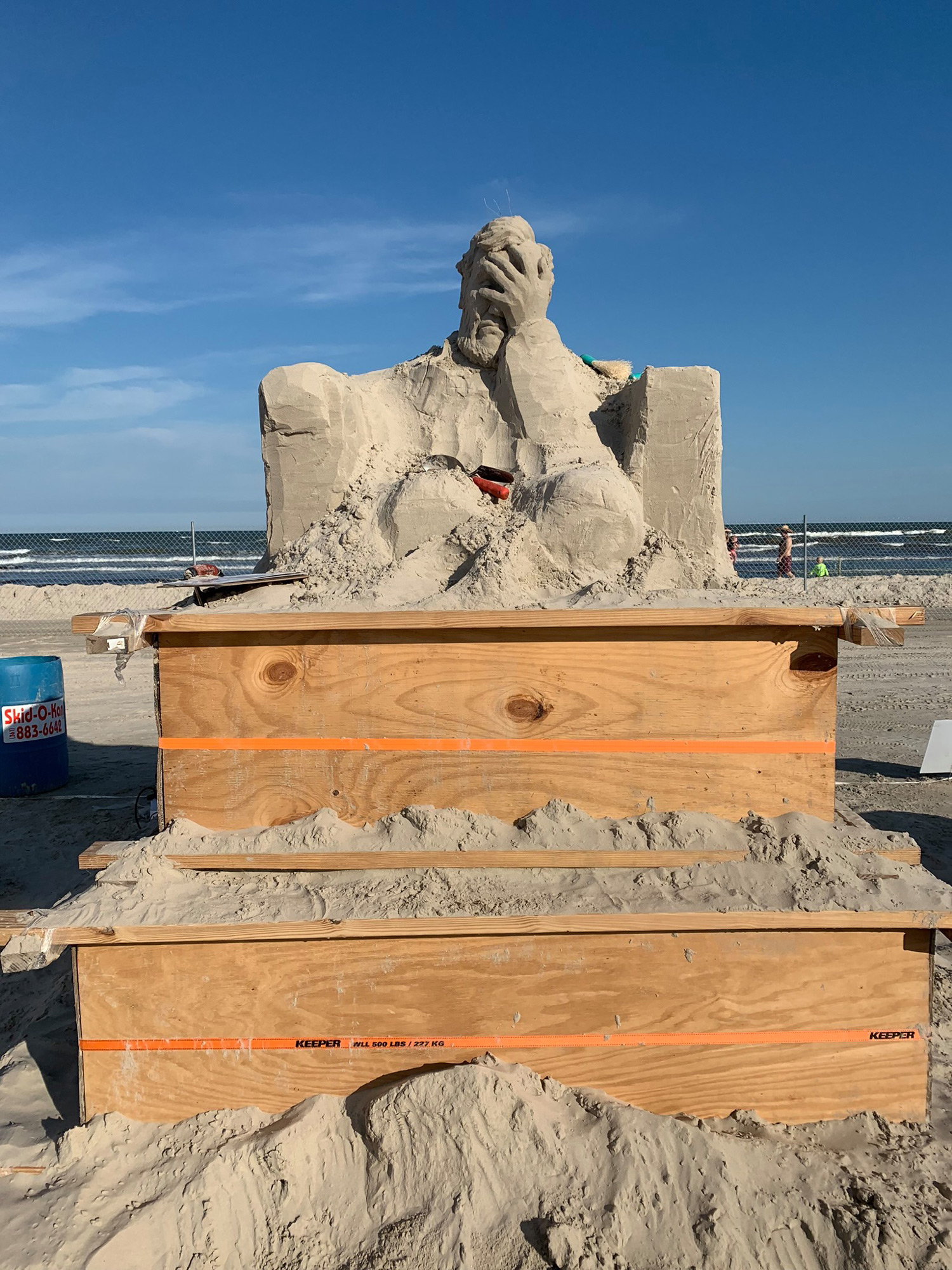 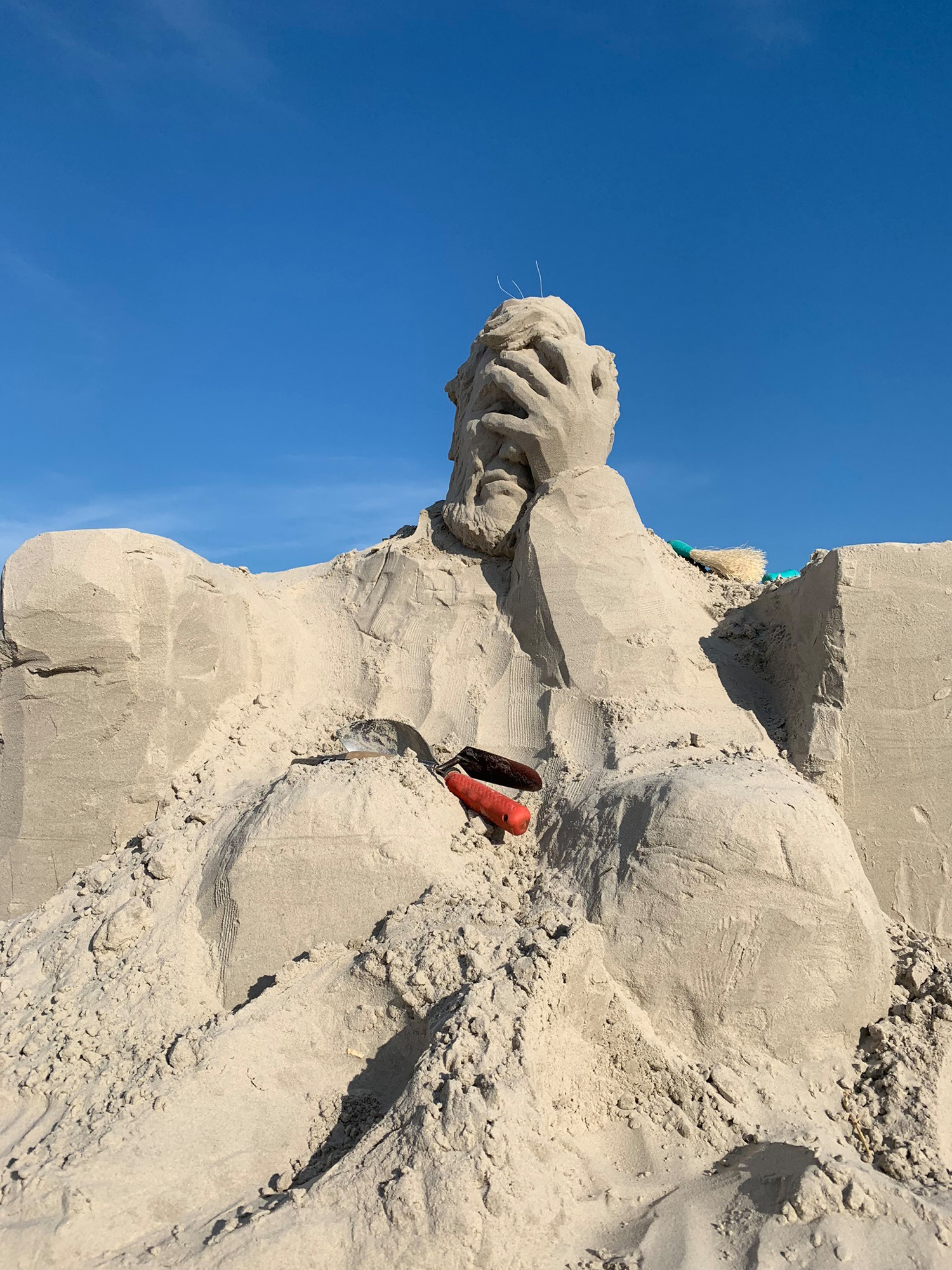 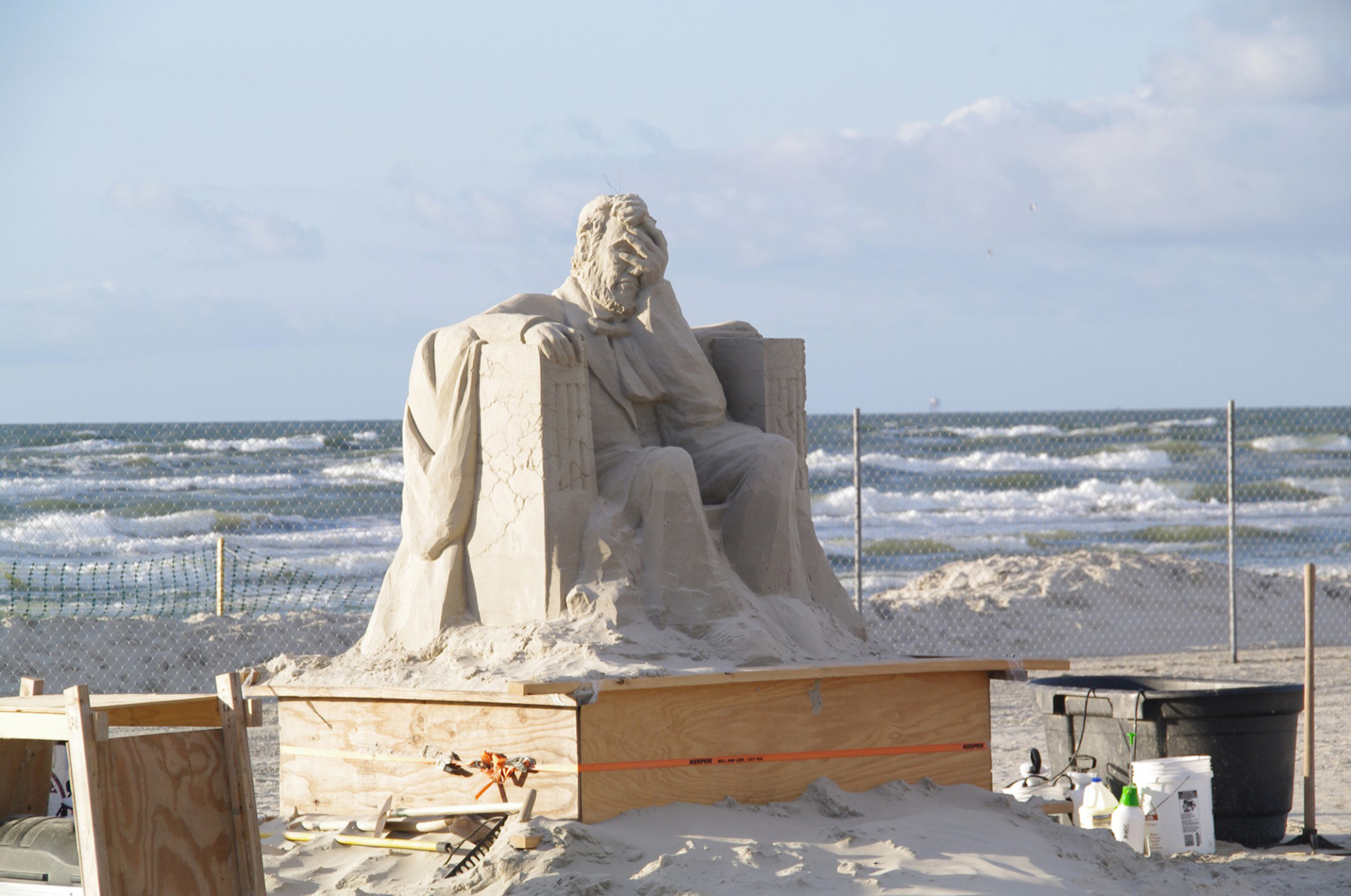