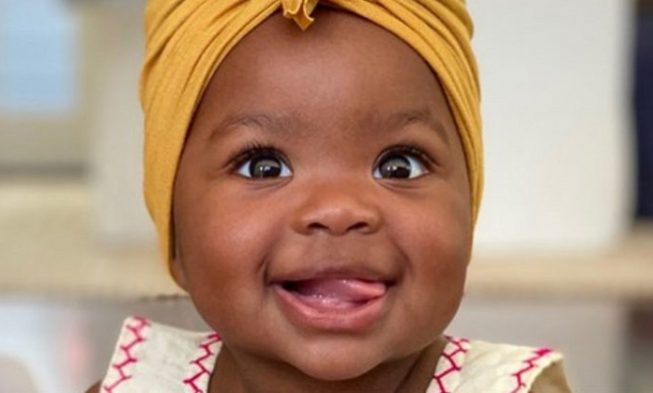 Every year, the infant nutrition brand Gerber searches for their next baby model among their own customers. This Gerber Baby Photo Search is intended for viewing and participation in the 50 United States, Washington D.C., and Puerto Rico, according to the Official Rules and Regulations.

Gerber Products Company began with attention to one baby – Dorothy Gerber’s 7-month-old daughter Sally. Following the advice of her pediatrician in the summer of 1927, Dorothy started straining solid foods for her daughter, and together with her husband Dan, they had repeated it many times.  Dan, making several attempts pointed out that the work of straining fruits and vegetables could be easily done at their canning business. Their workers in the plant, based in Fremont, Michigan began requesting samples for their own babies, and the legacy of Gerber® baby foods began.

The first Gerber photo challenge in 1928 was an art competition where artists submitted their works to be considered for the “mascot” of the company, but the piece that won was a simple charcoal sketch done by a woman named Ann Turner, which went on to be the face of Gerber for over a century.

The second competition by Gerber was held in 2010 and the photo search is now an annual competition where babies (actually – their parents) compete to represent the brand for a full year and take-home cash and other prizes.

This year Gerber decided to change some rules and the new 2020 Gerber Baby is Magnolia Earl, the first-ever adopted child, who became the company’s ‘spokesbaby’.

On May 9th, little Magnolia turned one year old, and she was adopted by her parents Courtney and Russel Earl after waiting six months. Now, she lives with her parents and two older sisters, Whitney, 12, and 8-year-old Charlotte who is also adopted. About their family, Russell states that a family should be built on love, it doesn’t matter if somebody in the family looks different.

The Magnolia’s parents are still in contact with their birth parents, who are very proud of her achievement. After this achievement, this little girl is full of love everywhere.

Diversity is Recognized by Gerber

Having adopted a child isn’t the first historic moment for Gerber, because two years ago, the contest winner was two-year-old Lucas Warren, who has Down Syndrome, while the last year company’s ‘spokesbaby’ was Kairi Yang, the first-ever baby of Hmong descent.

New Rules into a New Decade

Now, parents are required instead of just photos of their child to add videos, too. Here are the new contest rules:

The baby named a Gerber Spokesbaby received the prize for the 2020 competition $25, 000 USD cash.