The Victoria Crowned Pigeon is a fancy bird, with an elegant crest of feathers on its head.  This bird could be considered the supermodel of the pigeons.

This pigeon belongs to a Goura family of four extraordinary ground-dwelling pigeon species. It is native to the New Guinea region and got its name to commemorate the British Queen Victoria who ruled the United Kingdom in the last decades of the nineteenth century.

They are very large and they could reach the size of a turkey. It has the white-tipped crest that distinguishes it from the other two crowned pigeon species. 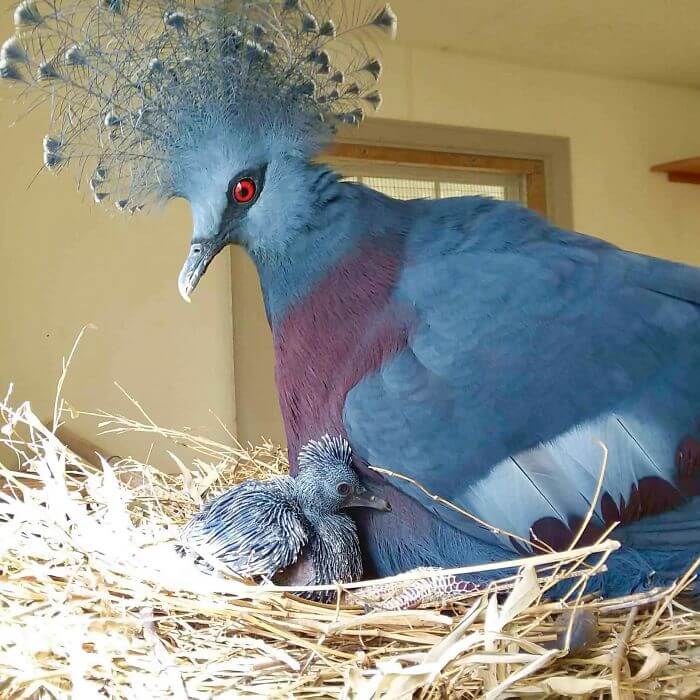 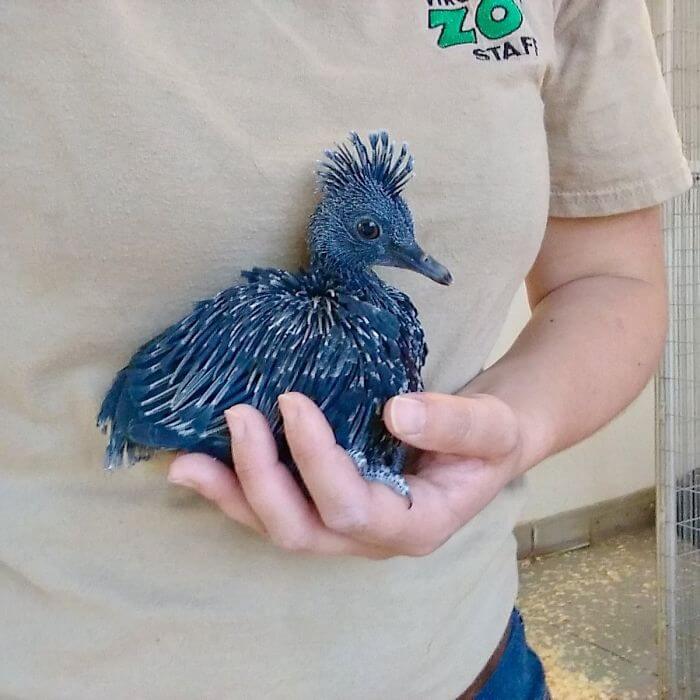 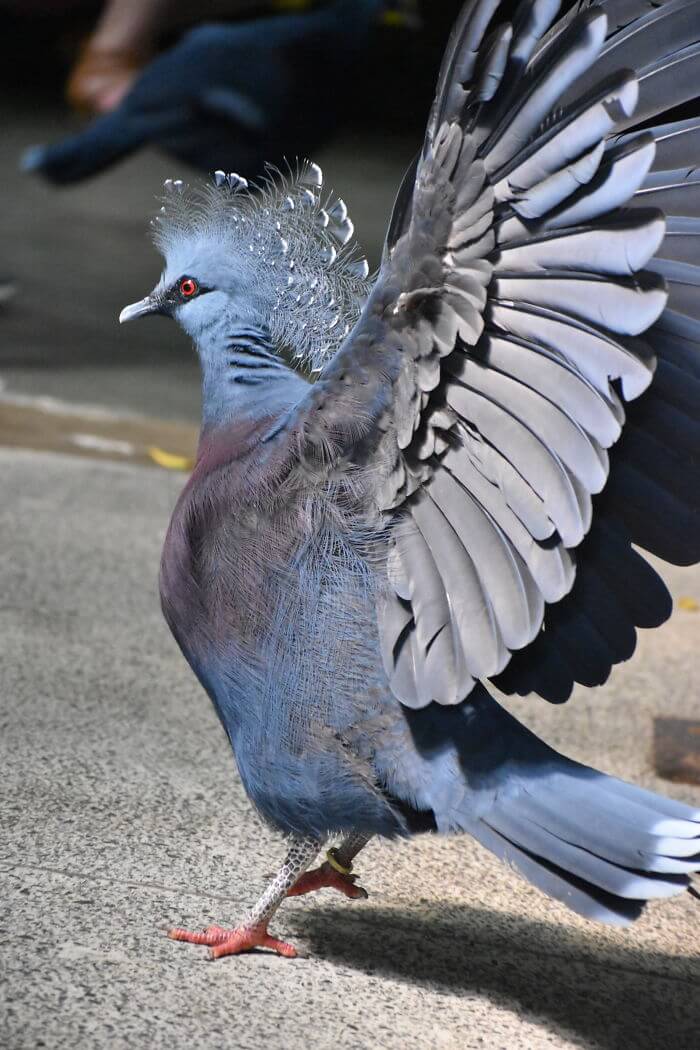 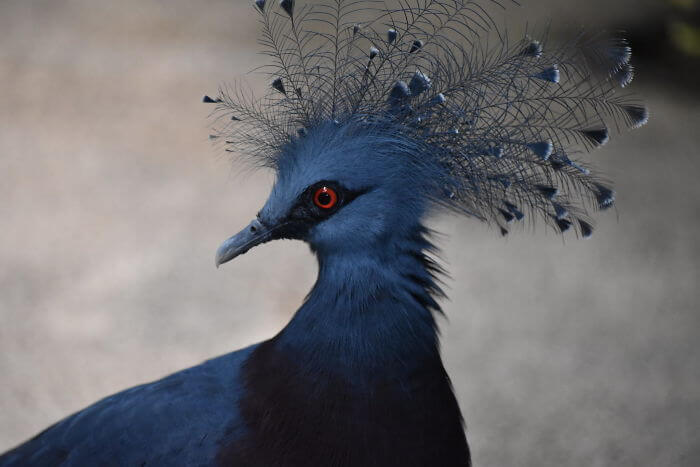 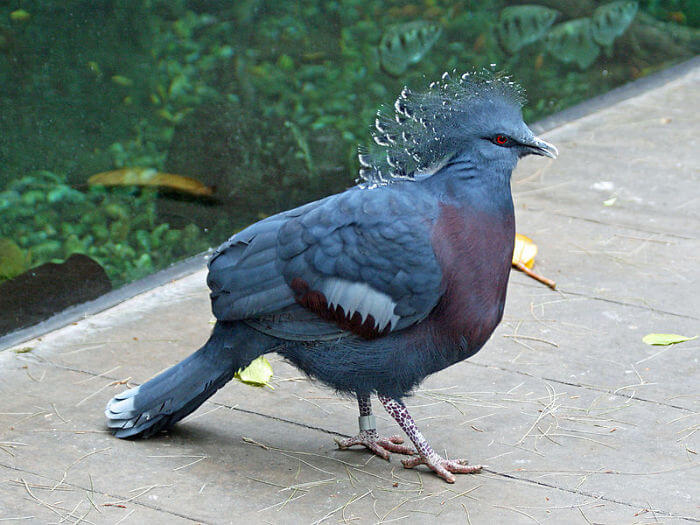 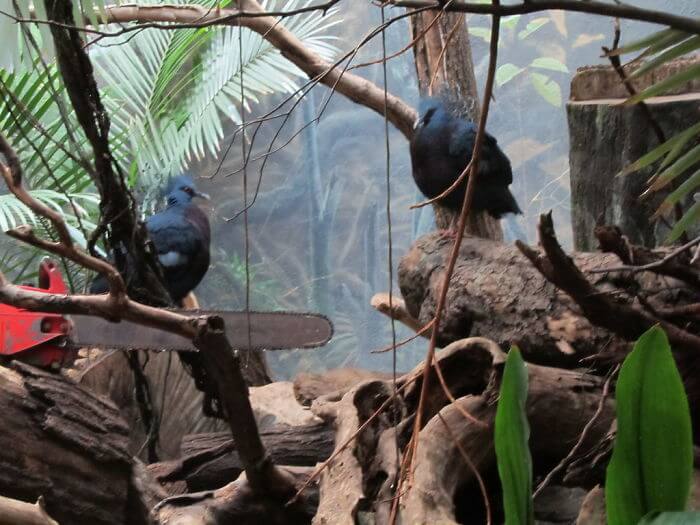 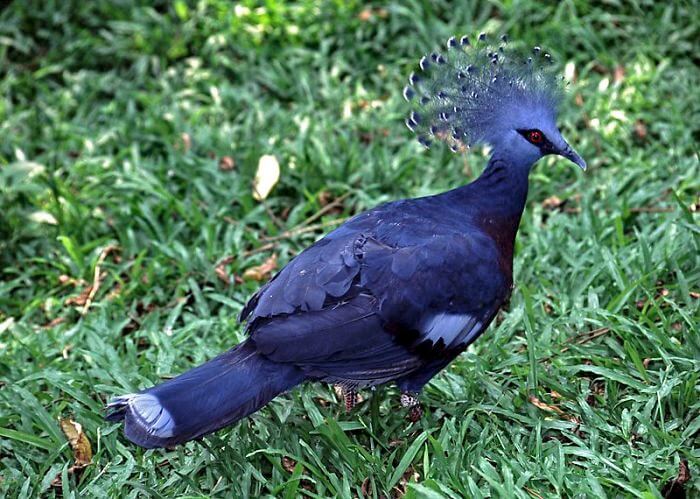 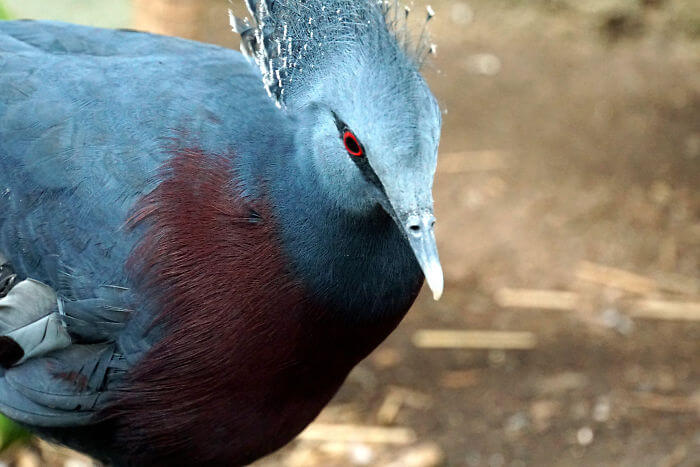 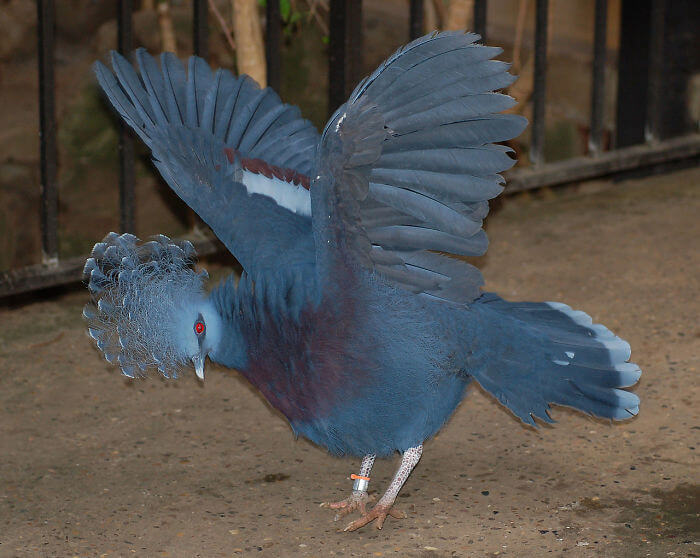 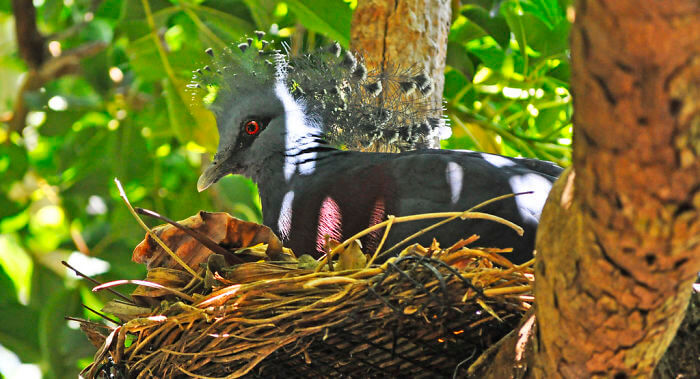 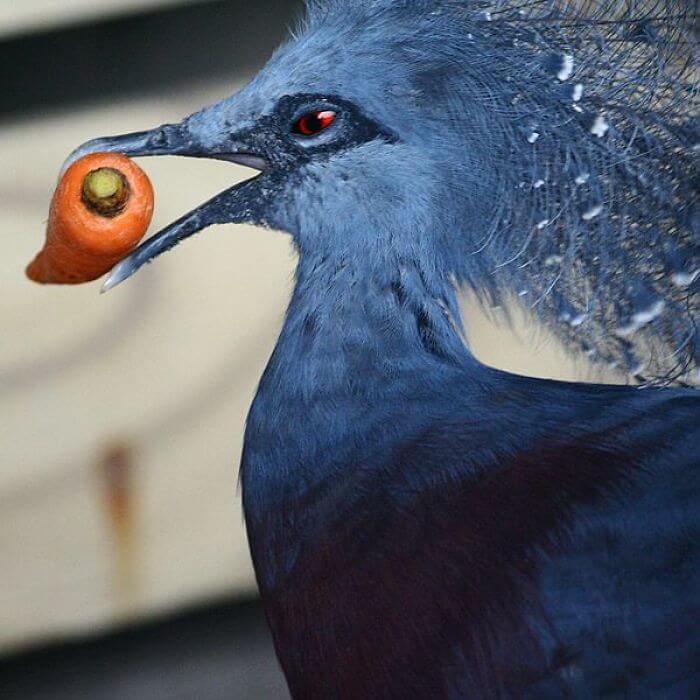 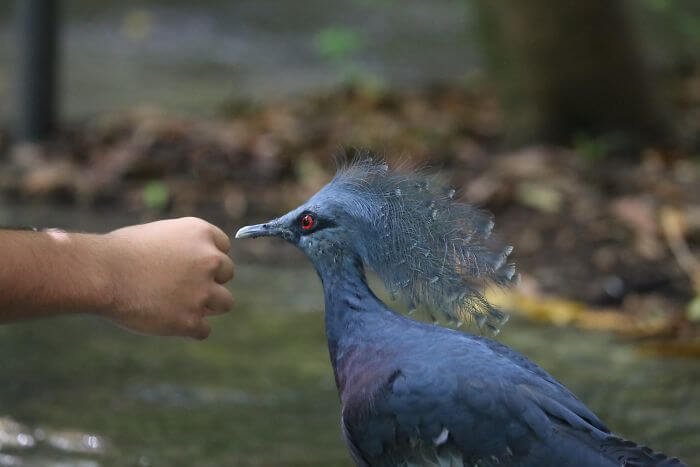 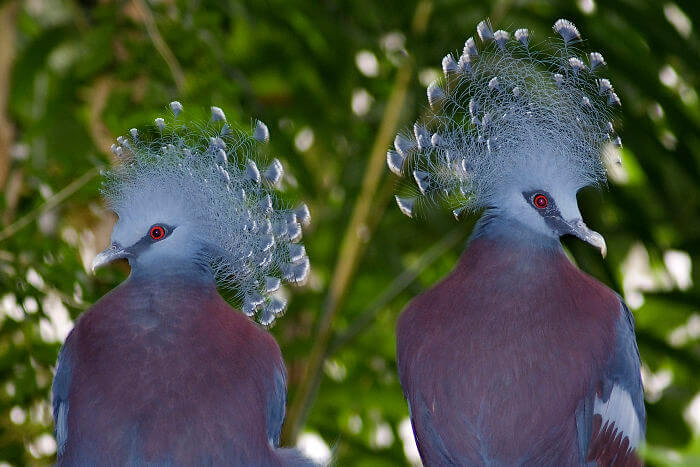 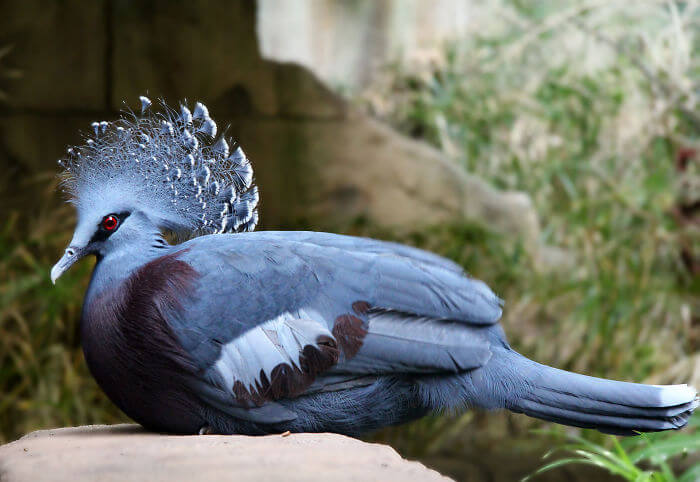 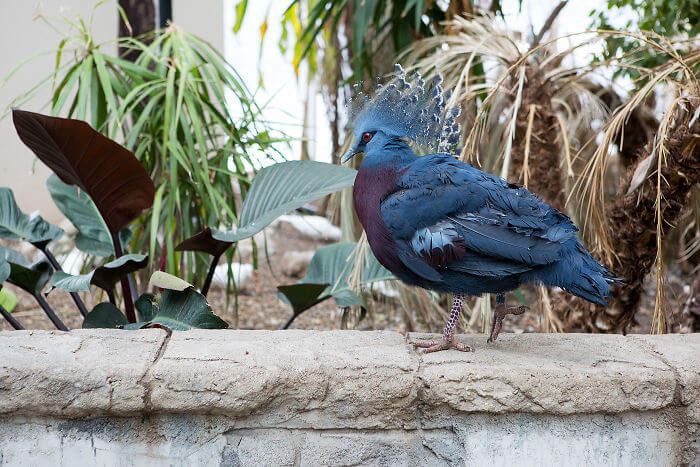 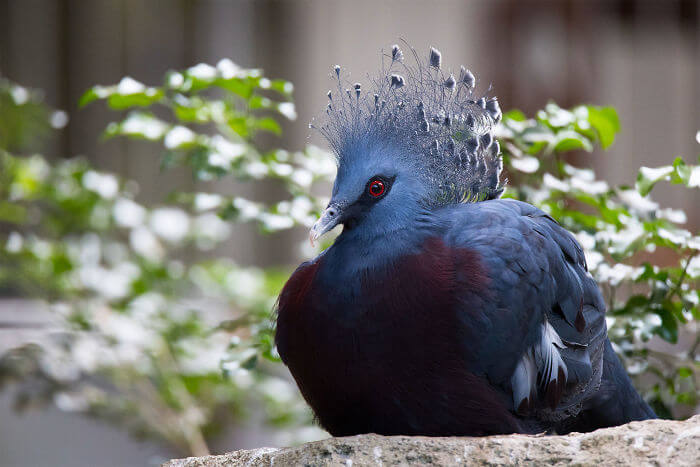 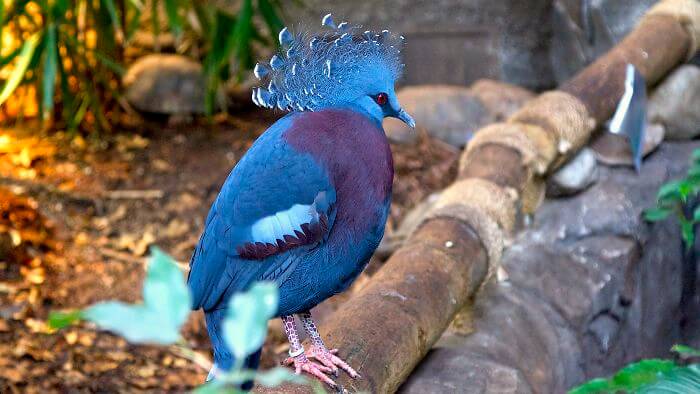 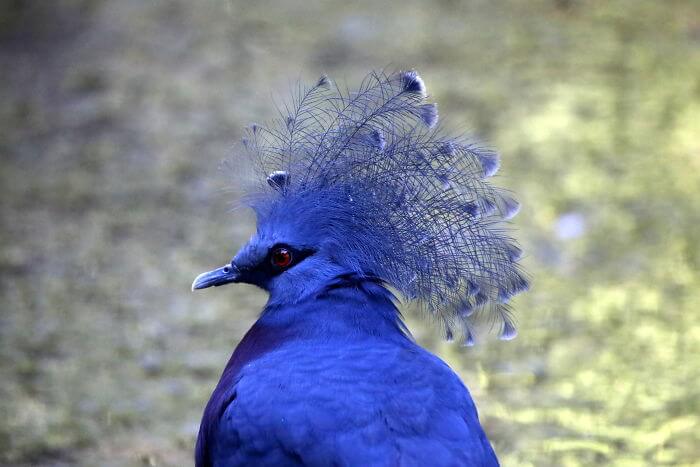 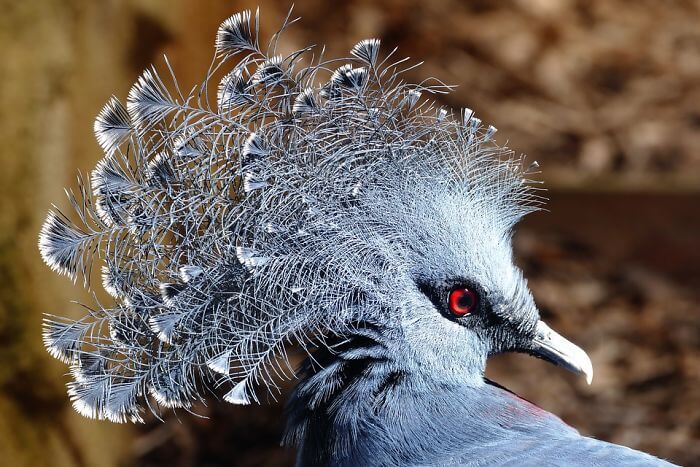 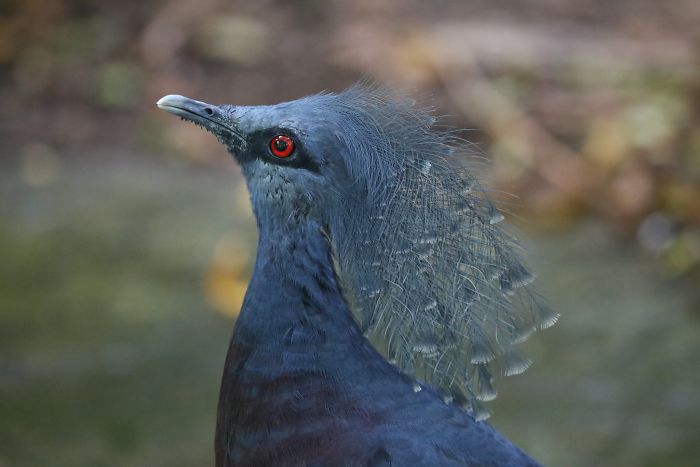 Because these birds enjoy the company, they are traveling in pairs or groups. Gathering fruit, they’ll walk along the forest floor, unless disturbed. When those pigeons are disturbed, they’ll make a loud noise and fly up into the trees for protection.

Unfortunately, since their beauty makes them the most widely kept of the crowned species in captivity they are becoming increasingly rare in the wild. Deforestation is another threat to their habitat and so the species is included in the IUCN Red List of Threatened Species as Near Threatened.

Their survival is threatened also because the female beauties lay just one egg per mating season.

Something that also makes it a special bird is their mating dance, which is as intricate as someone could expect from such a fancy bird.

According to the IUCN Red List of Threatened Species its population is provisionally estimated to be declining at 1-9% over three generations (20 years).