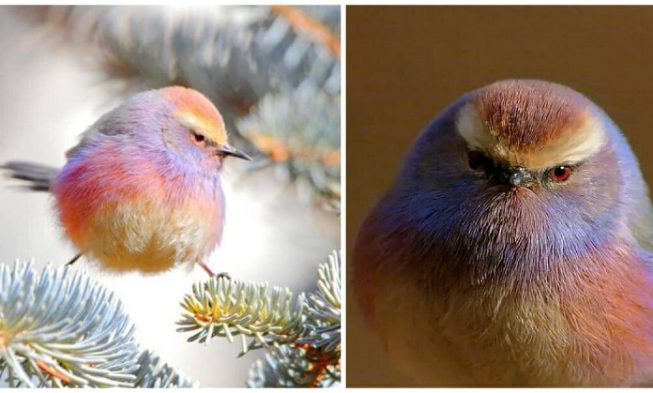 Birds play an essential role in the functioning of the world’s ecosystems and the benefits from them are various.  They control pests, pollinate plants, are nature’s clean-up crew, spread seeds, transform entire landscapes, keep coral reefs alive, inspire science as messengers that tell us about the health of the planet, which widespread and respond quickly to changes in the environment.

People enjoy their pleasant melodies, colorful plumages, and joyful flights, and they bring positivity and brighten up the days of the people who love nature.

Bird with the Funny Name

One of the most beautiful birds, with a funny name, is the colorful rainbow-colored bird called the “White-browed tit-warbler” and its scientific name is Leptopoecile Sophie. The name part of the name “tit” is short for “titmouse,” a word derived from Old English, “titmase.”

They are unique birds that originated from the boreal forests and high-altitude regions in Asia (2150-3000m), including the Himalayas, central China, and Russia.

They are only 8.5 to 10 cm, and the feathers come in an array of colors, giving it that rainbow effect, which gives it its name.

Countless Kinds of the Rainbow-colored Bird

Due to their colorful plumage, these little birds also stand out amongst the other species of tits. They appeared in countless kinds, and all of them are unique in their own way, which will charm everyone who sees them.

Many people all around the world have fallen in love with these birds and observing them especially during the mating season, while they generally live in pairs, and at the end of the season, they join flocks of 25 or more members.

Their lovers can enjoy their high crisp-sounding notes in the video below:

Interesting Facts about the Biology of the White-browed Tit-Warbler