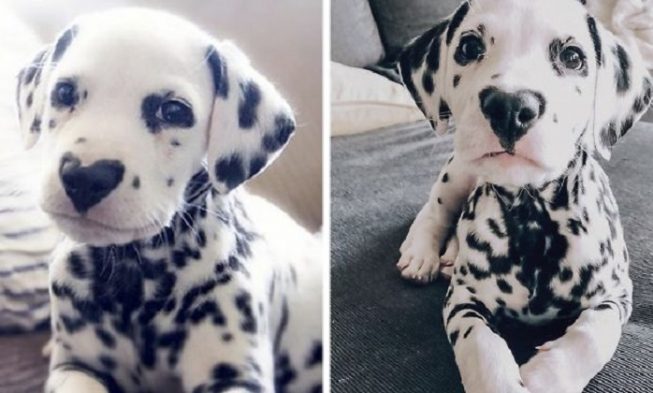 Wiley the Dalmatian became an internet sensation as soon as his photos were released online. This adorable little puppy has a one of a kind heart-shaped mark on his face.

Wiley is 1-year-old and currently has 160k Instagram followers. Lexi Smith, 26 years old, is the owner of this puppy, and she claims that the photos that she uploads cannot capture the entire beauty of Wiley.

Lexi also states that her puppy is 54 pounds and is clumsy, goofy, hungry, sassy, curious, wild, cuddly, silly, crazy, and happy with love.

Wiley was brought to the Smith family on Saint Patrick’s Day in 2018. This family lives in Colorado. Lexi adds that she had to make a difficult choice since Wiley came from a litter of 11 from which 8 were boys.

At the time of the choice, the heart was there but was not formed completely. The reason why Lexi chose Wiley instead of the other pups was when the breeder told her about what Wiley did every day. All he did was snuggle, sleep, and eat. Lexi found common ground with what the breeder described, and she became Wiley’s mom.