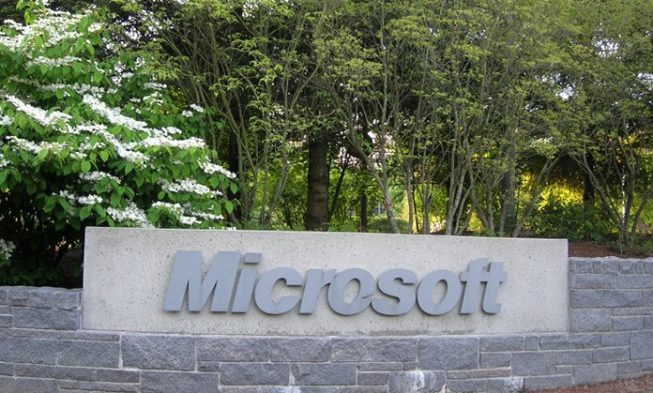 A desirable bonus enjoyed the workers at Microsoft Japan this summer, which brings the company a boost of productivity by 40%. The authorities organized a 4-day workweek and allowed workers to enjoy a three-day weekend, but didn’t cut their normal, five-day paycheck.

According to Microsoft Japan, this way of working became more efficient in several areas, such as lower electricity costs (less by 23%) and nearly 60 percent fewer pages printed, as the workers took five Fridays off in August.

Encouraged by the results, all of the employees who took Fridays off were given special paid leave, and the company plans to hold a similar trial in the winter, too.

As a result of the shorter time during the 4-day workweek, the authorities of the company also reduced the time of the standard duration for a meeting. The time was slashed from 60 minutes to 30, and only five employees attended those sessions.

The time management was very important for the Microsoft division, so they urged people to use collaborative chat channels rather than “wasteful” meetings and emails.

The news this company prompted enthusiasm among many workers in other companies in Japan, so they were positively commented on in the social network. Many of them are hoping that their bosses read about this and expecting to be applied in their companies, too.

In the spring of 2018, four-day workweeks made headlines around the world, when Perpetual Guardian, a New Zealand trust management company, announced a 45% increase in employee work-life balance and a 20% gain in employee productivity after a trial of paying people their regular salary for working four days. This company made that policy permanent last October.

The Microsoft sample roughly doubled Perpetual Guardian’s productivity gain, but for now, there are not yet plans to apply this as a permanent policy.

After “Work-Life Choice Challenge 2019 Summer,” which was a pilot project, a Microsoft spokesperson said to NPR:

“In the spirit of a growth mindset, we are always looking for new ways to innovate and leverage our technology to improve the experience for our employees around the globe.”

Even though many employees might be encouraged by the results of a three-day weekend, but the trials like the recent one in Japan are still very rear in a tremendous bucket of companies and workers worldwide. Workplace analyst and author Dan Schawbel say that many employers could now be more likely to experiment by shortening their workweeks, but their employees are more likely to focus on a more common workplace benefit: flexibility.

He also added that younger people choose work flexibility over health care coverage because that expense in America is pretty high.

According to him the schedule flexibility and a four-day week are two ways for employers to ease what is called an ongoing burnout crisis. The main focus of the discussion for workplace burnout and schedule flexibility is a technology. It has made working from home easier than ever have and also made it harder for employees to fully unplug from their jobs when they aren’t in the office.

In Europe – the home of some of the world’s strongest work-life-balance laws, this idea has already been explored. For instance, France has approved employees the right to disconnect from their jobs, limiting email and other communications after hours.

But, similar to parental leave and other benefits, there are risks that the shorter workweek may increasingly become a political issue, such as in the U.K., where the Labour Party recently made the four-day workweek — at no change in pay.

The supporters of such movements point to a general trend for shortening the workweeks. So, for example, the average full-time working week fell from nearly 65 hours in the 1860s to 43 hours in the 1970s. Since then, according to McDonnell, the workweek has stopped shrinking despite sharp gains in worker productivity. Also, the U.S. economists have noted that the compensation has lagged behind productivity in that same period.

The U.S. Bureau of Labor Statistics report, in 2017 found that from 1987 to 2015, productivity in industry sectors from information to manufacturing and retail, rose by as much as 5% annually — but compensation never grew by more than 2% in each year.

Schawbel referring to the current enthusiasm for a four-day workweek, gave a potential reply to the question: “If your pay is constant, how many days a week do you want to work?”

The biggest portion of the answers — 34% — said they want a four-day workweek, 28% support the current standard five-day week, and 20% said they would prefer a three-day workweek. Only 4% of the workers chose that answer “none” and slightly more people chose one day, or two.

The numbers are encouraging according to Schawbel because they show that people want to work.