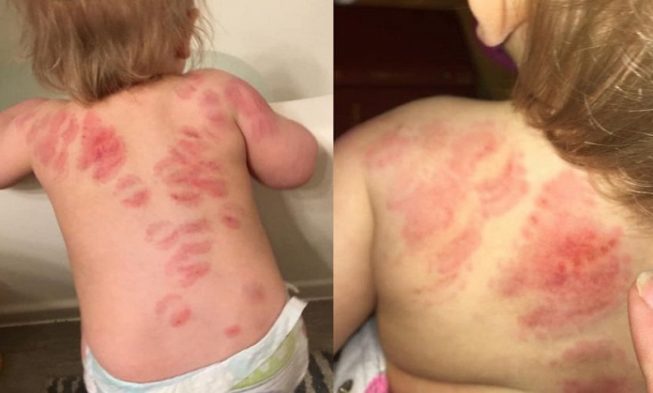 Alice Martin, a mother to a 15-month-old girl from Tucson, Arizona, saw a horrific sight after picking up her daughter from daycare. Her daughter was acting fussier than usual which surprised Alice and after she went to bathe her, she saw why. Her daughter had more than 25 bite marks on its shoulders, arms, and back. Alice was completely shocked by this horrific sight and accused the daycare of negligence. She also demands answers for the abuse her daughter put up with. 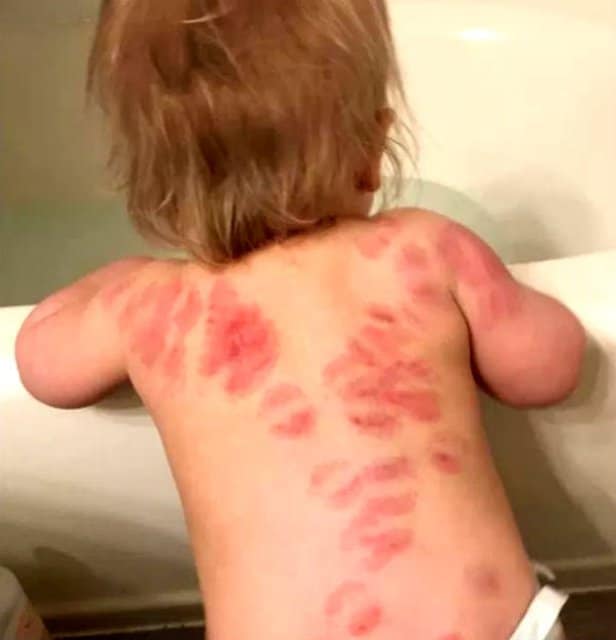 Additionally, she made a post on Facebook stating that the daycare “did not even call when it occurred, or notify me when I picked her up after work”, claiming that all of the bite marks occurred in just one day. 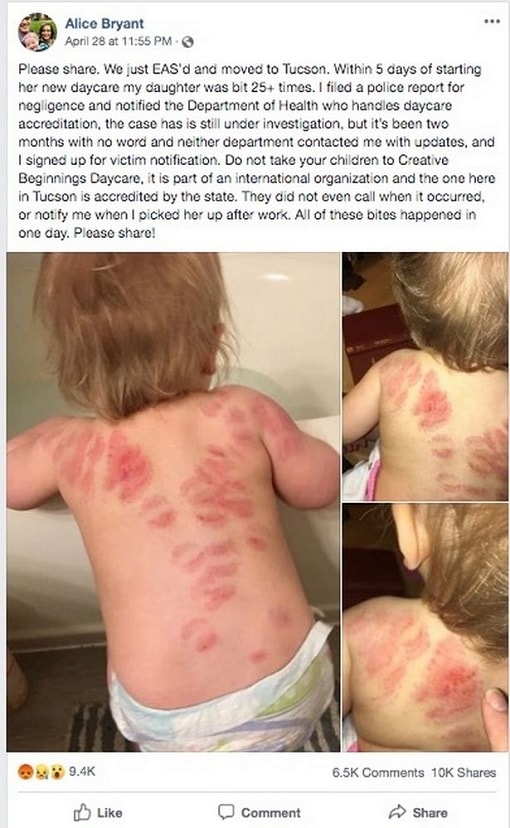 The incident at Creative Beginnings Daycare is now investigated by the Arizona Department of Health Services working together with law enforcement. Until the investigation is finished, no comment can be done by the ADHS or the police.

One of the most punishable offenses across the world is child abuse. There are different varieties of child abuse such as physical, sexual, emotional, and negligence. There are more than 3 million reports of some sort of abuse during a year in the United States. These numbers are horrifying, especially because every child is innocent and doesn’t understand exactly what they did to deserve it. The little girl in this article experienced both physical abuse (because of the bite marks) and negligence since the people that were supposed to supervise her either weren’t there, didn’t pay attention to her, or just didn’t care.