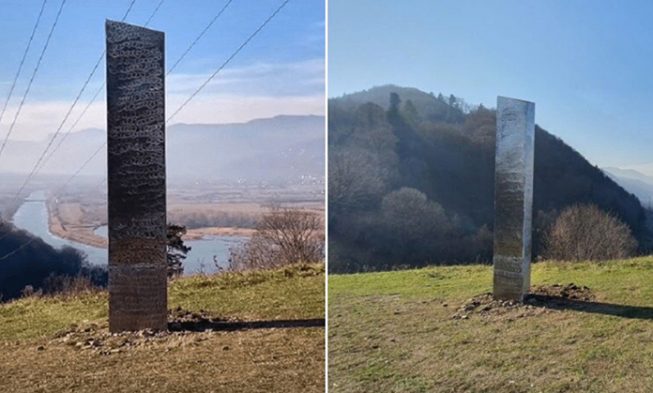 A large metal statue has appeared on the Romanian hillside in the latest twist to a mystery tale, days after a comparable one vanished from a desert in Utah.

On the evening of November 27, shortly before the sudden disappearance of the Utah monolith, a similar sculpture appeared near a fortress in the Romanian city of Piatra Neamt.

The monolith has since vanished, and an investigation into the illegally mounted sculpture has been initiated by police in Piatra Neamt.

All that is left now is just a small hole filled with rocky dirt. 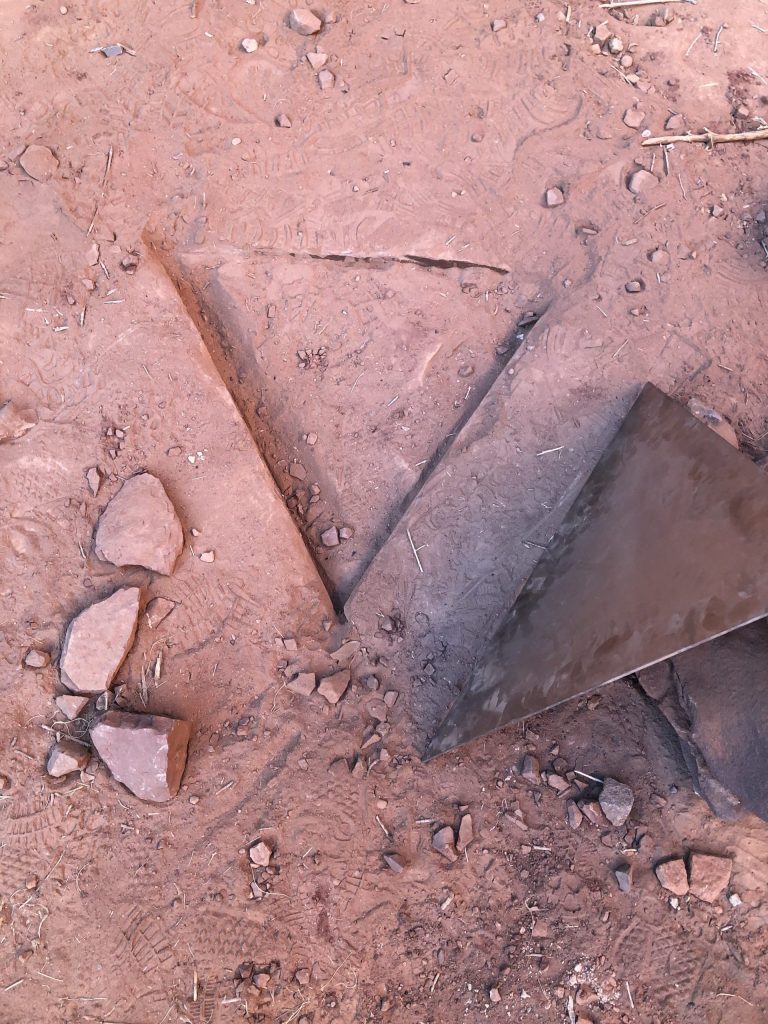 What is the big mystery?

Back in Utah, we have new info on the removal of the mystery sculpture, just last week. A photographer who went to the area to see the monolith, Ross Bernards, posted an image that seemed to depict four unidentified men dismantling the object before wheelbarrowing it away.

The mayor in the Romanian city said it would’ve been nice to have gotten an application for a building permit before they erected the structure. However, since things are the way they are, he then hoped the presence of the monolith would draw more visitors.

In Romania, the metal structure is four meters tall and coated in looping markings. They found it in the Fortress of Petrodava Dacian area, a local archaeological landmark.

If all of this confuses you, a new hypothesis circulating on Reddit brings some “sense” into the enigmatic presence of two monoliths on opposite corners of the planet.

As the theory claims, these two monoliths might just be “pointing to something”. The distance between them is about 6,000 miles. In other words, that is one-quarter of the diameter of the earth. We are still not sure if there is any significance in this information, but if the trend continues, according to Reddit’s pundits, we should expect the next monolith to appear in Madagascar.