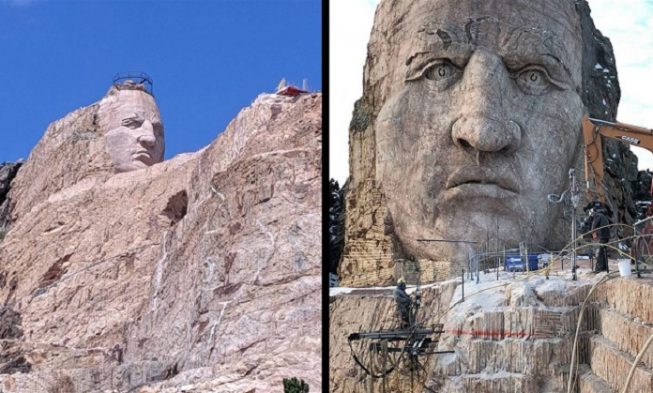 It takes a lot of history and significance for a monument to ever be considered a possible candidate for the list of world wonder. This unfinished sculpture of “Crazy Horse” in the United States appears to be on its way to making that list — assuming it ever gets completed.

However, the odds may be in Crazy Horse’s favor because a ton of history and deep-rooted American heritage surrounds the massive man-made sculpture carved in the Black Hills region of South Dakota. Perhaps, what stands out the most — even more than the huge stone head shooting out from the mountain — is the story of the late sculptor who began the work, Korczak Ziolkowski (1908-1982). 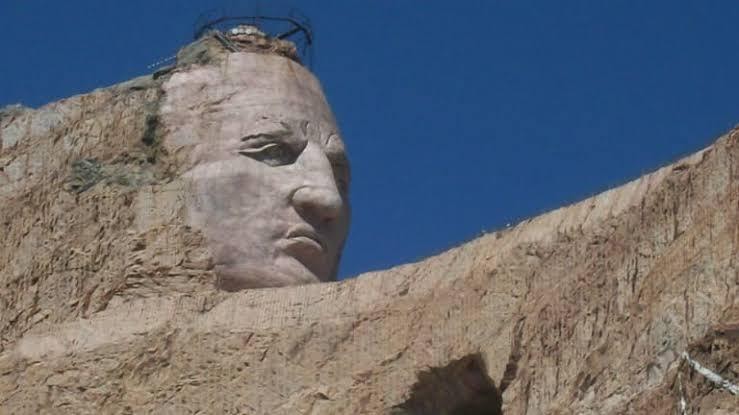 Ziolkowski dedicated his life to making the sculpture

In 1948, the American-born artist with Polish roots began carving a giant sculpture of the famed Native American hero, Crazy Horse, on Thunderhead Mountain. Without Ziolkowski’s outstanding efforts, there would be no Crazy Horse memorial. Having grown up moving from foster home to foster home, Ziolkowski would admit that the difficulties in his early life shaped him for what he later did with the Crazy Horse monument. 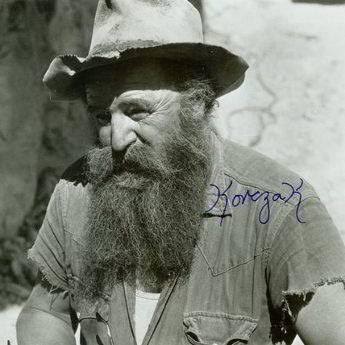 He was a self-taught sculptor who put himself through Rindge Technical School in Cambridge at the young age of 16 while doing a number of odd jobs. Eventually, he beat the odds and began his career as a successful sculptor working all over the country. The Crazy Horse project began after prompts by Lakota elder, Chief Henry Standing Bear. According to Standing Bear, “My fellow chiefs and I would like the white man to know the red man has great heroes also.”

On why he dedicated his life to carving the Crazy Horse monument, Ziolkowski once said. “By carving Crazy Horse, if I can give back to the Indian some of his pride and create a means to keep alive his culture and heritage, my life will have been worthwhile,” he said. 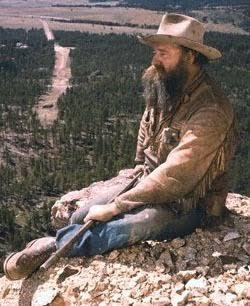 However, it wasn’t just Ziolkowski’s life that was dedicated to the sculpture. His wife, Ruth and their 10 children had worked tirelessly with him on the project. After the death of Ziolkowski in 1982, they continued with a new fervor as the matron of the family was unrelenting in making her husband’s dreams come to fruition. 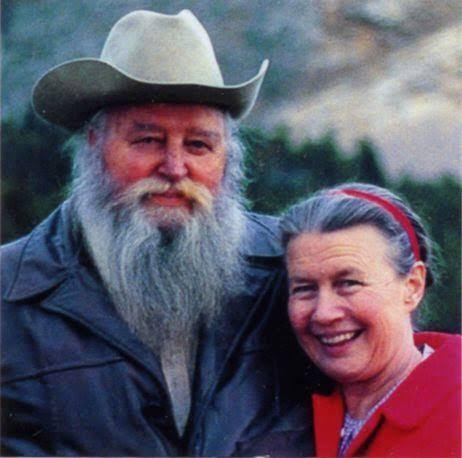 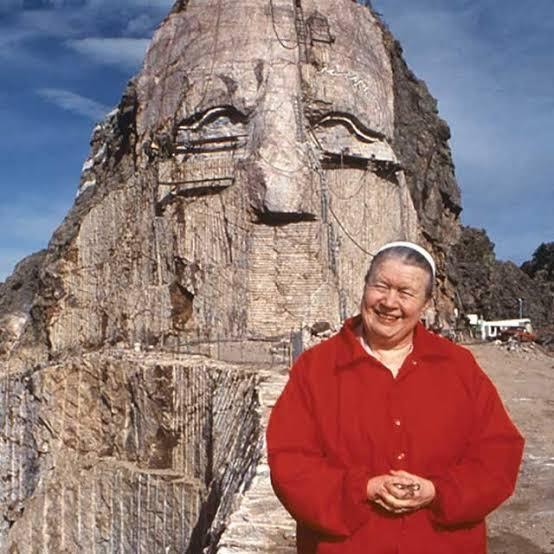 Sadly, at the ripe old age of 87, Ruth passed away on May 21, 2014 in Rapid City. Her demise deeply saddened the people of South Dakota, but just like her husband, she will be remembered for leaving behind an inspiring legacy.

It wasn’t an easy job

As difficult as it already is to cut through granite, the conditions on the mountain did not help the family’s work. Ziolkowski had to use a scary looking 741-steps staircase made out of wood to get to the top of the mountain.

Also, the project required a lot of funding but the proud man refused any help from the government and instead set up extra sources of income to push his work through. He ended up with a number of broken bones from the project and underwent several surgeries over the course of his life. Regardless of the many difficulties he faced, Ziolkowski considered his incredibly great work on the Crazy Mountain project. Before his passing, he left his beloved wife with a piece of advice…“Go slowly, so you do it right.”

This monument is intended to honor the Native American hero, Tasunke Witco (Crazy Horse). He was a member of the Oglala Lakota, Rapid Creek, and was best known for fighting tirelessly to preserve the Native American traditions of the region. However, Crazy Horse was not good at keeping up with the traditions of his people. He was somewhat of a black sheep, but his heart was in the right place. When it truly mattered, he stood firmly for his people.

He fought in the Battle of the Little Big Horn (between Federal Troops, Lakota Sioux, and Cheyenne Warriors on June 25, 1876), where he played a pivotal role in the defeat of George Armstrong Custer.

Also, in the Battle of Rosebud in 1876, Crazy Horse and another Native American, Sitting Bull, joined forces to fight and defeat General George Crook in a raid of their village. 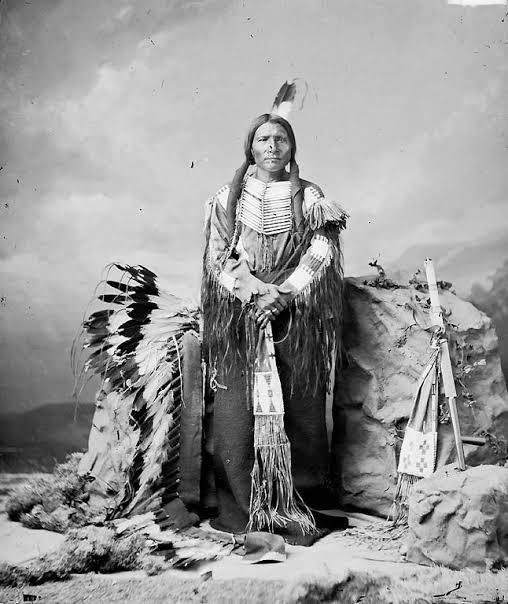 So far, the monument is still in the pipelines with little more than just a head sticking out of the granite. The head itself was completed in 1998, after almost half a century of work.

To understand the full picture of what the sculpture is meant to look like after completion, a description by the New Yorker magazine explains, “Decades from now, if and when the sculpture is completed, the man will be sitting astride a horse with a flowing mane, his left arm extended in front of him, pointing. The scale will be mind-boggling: an overall height nearly four times that of the Statue of Liberty; the arm long enough to accommodate a line of semi-trucks; the horse’s ears the size of school buses, its nostrils carved twenty-five feet around and nine feet deep. It will be the largest sculpture in the history of the world…” 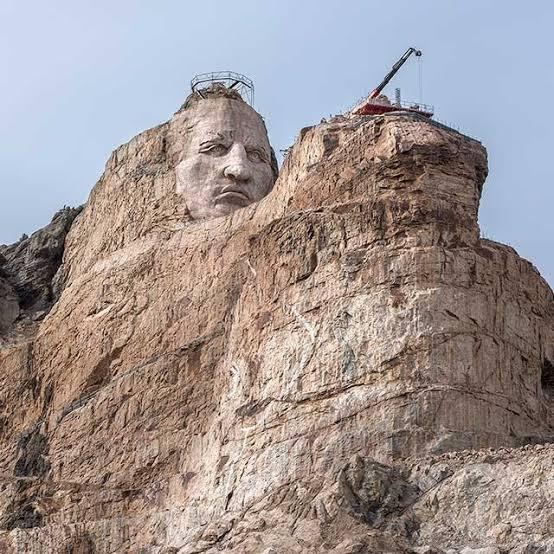 The Current Fate of the Crazy Horse Monument

Today, a number of events are celebrated at the site already, including the Battle of the Little Big Horn. Also, the mountain has turned into somewhat of a tourist center where people can visit for the history, as well as the laser light and dynamite shows. The laser light shows is a breathtaking display of bright laser lights and dramatic music on the mountainside.

The show, often regarded as “Legends in Light,” serves to “dramatize the story of the rich heritage, living cultures, and contributions to the society” by the Native Americans.

Ziolkowski’s wife, Ruth, said about the dazzling display, “This is laser-light storytelling to illuminate our cultural diversity, celebrate our similarities, and encourage better understanding and harmony among races and nations.”

Whenever it is finally completed, by the local people, the state or national government, a non-profit organization or an international body, the Crazy Horse monument promises to be one of the most powerful wonders in the United States, and possibly the entire world.