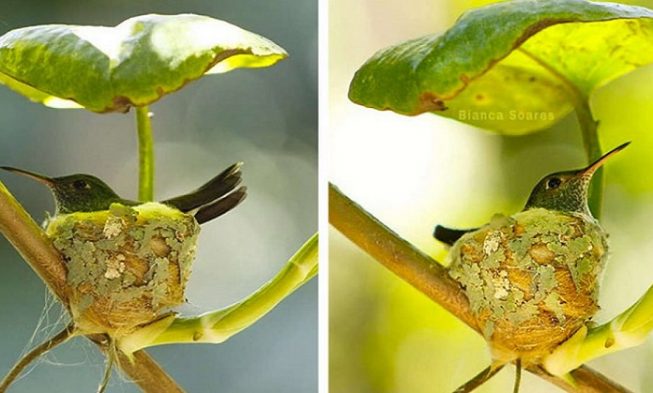 Most birds that we see around cities and towns (aside from hawks, eagles, storks, etc.) are very tiny. The tiniest bird that you will see is the hummingbird. Part of the Trochilidae avian family, the closest relative to a hummingbird is the swifts.

With over 340 species of hummingbirds, they can be found mainly in the Western Hemisphere. Most of them live in tropical forests. In the U.S. 17 species can be found nesting regularly and many of them are found close to the Mexican border.

Most hummingbird males (and sometimes females) have a very colorful set of feathers on the throat and upper chest.

Even though these birds are very tiny, they have extreme power which allows them to have incredible agility in flight. They can reach incredible heights where oxygen levels are low (4,000 meters high). This makes them vital to the ecosystem because they can pollinate plants that are unreachable to other birds.

Additionally, they are the only vertebrates that are capable of hovering mid-air, flying backward, and flying upside-down.

Typically, hummingbirds feed on flowers but sometimes they can rely on tiny flying insects.

Hummingbirds build a nest from October through early June. The female hummingbird is the one that builds the nest and after laying the eggs, she sits on them and cares for the babies with no assistance from the male.

Female hummingbirds can have 4-5 clutches per season, typically laying two eggs per clutch. However, not all eggs are viable and many of the chicks will not survive.

It’s typical for hummingbirds to feed on small flying insects during their breeding season. Because they can hover mid-air, it’s easy for them to catch these insects and feed them to the younglings.

One Paraguayan conservationist named Bianca Caroline Soares took incredible photos of a unique hummingbird’s nest with a roof. After observing five hummingbird nests during a single day, she saw the most ingenious one. 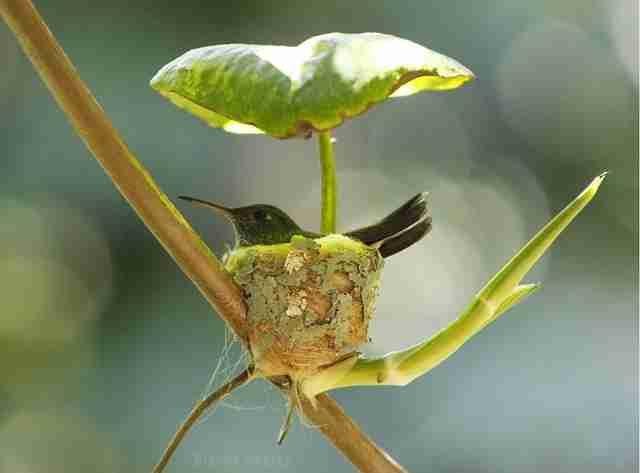 Because the father is not present during breeding, mother hummingbirds have very strong parental instincts. This is the reason why they’re trying their best to make the nest for their younglings as cozy as possible.

Weeks after discovering the nest, Soares went to see the nest again and saw two hummingbird babies inside. Because hummingbirds are very important for our ecosystem, Soares hopes that her pictures will reach more people and show them the importance of this species. 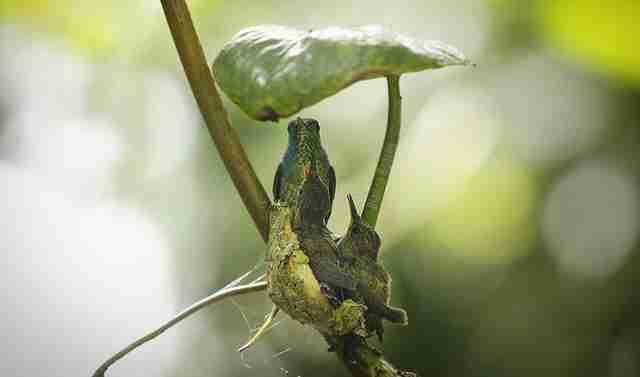 As a way of protection, Soares recommends building bird feeders in farms and gardens in shaded areas. Giving hummingbird nectar will allow them to stay in safer areas and not wander off to more dangerous ones where flowers that produce nectar are in low numbers.

Gardeners should want to have hummingbirds in their gardens anyways because they are amazing pollinators.