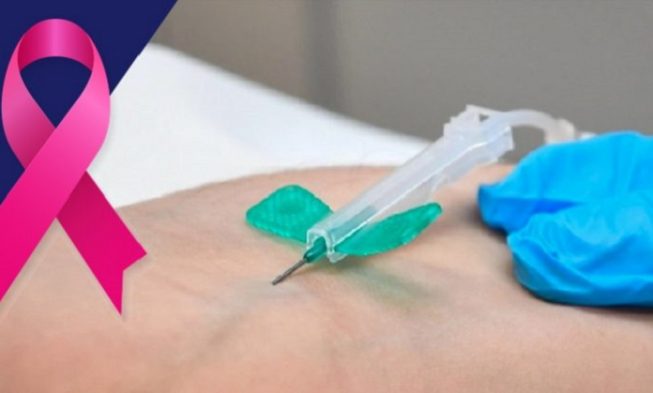 Now and then, doctors and nutritionists tell us the best ways to prevent any type of cancer. The tips revolve into eating a healthy diet, avoiding tobacco and excessive use of alcohol, decreasing the exposure on the sunrise, and regular exercising.

Doctors are also loud when it comes to regular screening for common cancers, which will help any individual with a higher risk of cancer to detect any changes in the body or to set an early diagnosis.

There are many well-known screening tests available around the world, which include mammograms, pap smears, and colonoscopies. But there may be hope for a better future, as researchers from the School of Medicine at the University of Nottingham are hoping to develop a new blood test that will help a patient with a higher risk of breast cancer to detect it 5 years before any symptoms are displayed.

For anyone interested in how our immune system detects cancer cells, here is a brief explanation. When cells are formed they are programmed to die. In the meantime, it will grow and divide until it’s time to die. This death is normal and it is called apoptosis. But that is not that case with cancer cells. Cancer cells continue to grow until they form a tumor. Then, formed tumors produce proteins known as antigens. The body starts to fight these foreign and unknown to its antigens (aka tumor-associated-antigens or TAA’s). The immune system observes in order to detect and destroy them. The body then creates antibodies against the cancer cells to destroy these foreign invaders. This process indicates that the immune system can increase a protective response against cancer cells, and it is known as immune surveillance.

How will doctors detect cancer through your blood?

Researchers from the University of Nottingham are trying to control the body’s natural immune response so that they can early detect breast cancer.

They started the research by taking blood samples from 90 patients diagnosed with breast cancer and studied them along with blood samples from 90 healthy patients. The teams intended to find out whether they can spot the presence of autoantibodies and they discovered that they had been triggered by antigens from tumors.

One member of the Nottingham team, Daniyah Alfattani, said: “We were able to detect cancer with reasonable accuracy by identifying these autoantibodies in the blood.”

With these results, doctors can detect cancer significantly earlier than traditional tests, as researchers used simple blood and were able to identify the body’s reaction to TAA’s.

On the other hand, other researchers warn about the accuracy of this kind of test. Paul Pharoah, a cancer epidemiologist, and professor at Cambridge University points out that this is very preliminary data, saying: “A lot more research would be needed before any claim can be made that this is likely to represent a meaningful advance in the early detection of cancer.”

But researchers continue to implement these tests. Another testing was made, now using the blood sample of 800 patients against nine TAA’s. With the increased sample size, researchers hope the results will be more precise. Assuming that the tests will be successful, the team hopes doctors will implement cancer-screening blood tests in the next five to six years.

The survival rate is somewhat higher when cancer is detected on time, and it is way easier to treat it. Fortunately, these tests are not carried out only for breast cancer; similar tests are being performed for colorectal cancer, liver cancer, and lung cancer. Hopefully, this research will improve the lives of many cancer patients, and additionally be a breakthrough in cancer research.

Let’s all hope we can finally beat cancer!