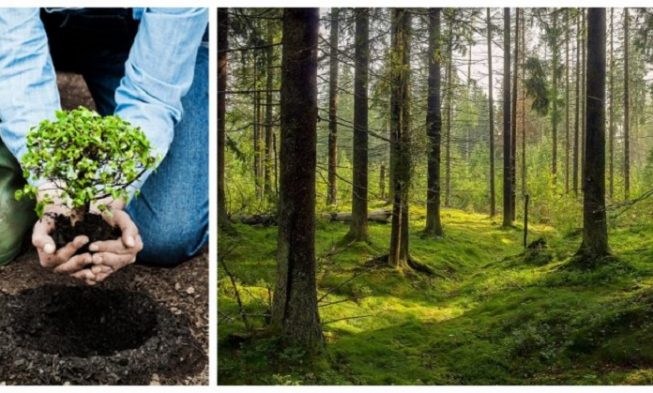 Many scientists issued warnings that we humans have done almost nothing to stop greenhouse gas emissions from the atmosphere which is the main cause of global warming. If no action is taken as of right now, the point of no return is estimated to be 2035.

This threat is taken seriously by New Zealand and as of last year, they approved a plan which requires them to plant 1 billion trees over a ten year period. This will help reduce the threat of climate change. For the first three years of this program, the government of New Zealand allocated a budget of $485 million.

This plan will play a crucial part in efforts to reduce climate change. By 2050, New Zealand considers to enact a zero-emission target and the planting of trees could be incorporated in a cap-and-trade, or emissions trading scheme program.

The Forestry Minister, Shane Jones, says that “Getting the ETS right could drive the planting of 340 million trees over the next 10 years – double the amount that would be planted if the ETS was left in its current state. This is one of the most important levers the Government has to incentivise the planting of trees to help reach our Billion Tree programme’s goals.”

Not only do trees reduce greenhouse gas from the atmosphere, but they also protect the land against soil erosion, clean the soil, air, and water. Additionally, they provide shelter and food for animals and birds.

This program is led by Te Uru Räkau (Forestry New Zealand) and funded by the Provincial Growth Fund. The main goals of the program are to:

Through the One Billion Trees Fund, the government allocated $120 million as direct grants to farmers and landowners to include trees on their farms and lands. This fund does not support the whole farm conversion and its target is planting two-thirds natives.

The progress is being tracked by the Forestry New Zealand and as of 15 July 2019, almost 110 million trees have been planted. Over 83 million seedlings are expected to be planted by the end of 2019